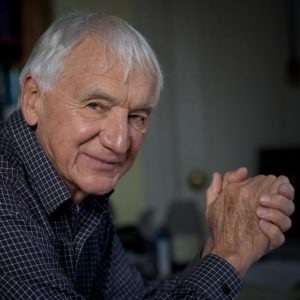 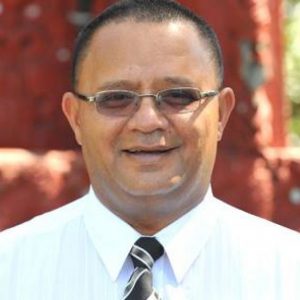 The passing of Mauriora Kingi and Peter Williams has prompted widespread grief and dismay because they were both such exceptional leaders. Mauriora had an amazing knowledge of whakapapa and history as well as the oratorical skills to make an indelible impression on his listeners. Peter’s obsession was the pursuit of justice – and he never let up. He fought long and hard.

Moana Maniapoto was there to make her farewells to both of them.

As a former Mayor of Auckland and then our Governor-General, Dame Cath Tizard knows a thing or two about convention, protocol and appropriately formal behaviour. But, as one of the hundreds of mourners last week at the funeral for Sir Peter Williams QC, she broke ranks.

She said she’d never understood why people don’t clap at funerals, given the calibre of tributes often heard. So she turned to the man beside her there in the Holy Trinity Cathedral in Parnell: “I’m going to clap. Are you with me or what?”

It was a week full of song, storytelling, laughter and tears. A week marked by oratory so brilliant and heartfelt, it was deserving of applause. Entirely befitting, given our nation had just lost two of our most gifted orators. All of us ought to have risen to our feet and given each man a stirring ovation. And then clapped long and loud for those who honoured them so beautifully from Paraone Gloyne and Waihoroi Shortland to Ted Thomas and Paul Henry, and everyone in between.

I started my week in the steamy heart of Whakarewarewa, mourning the shock loss of our relation Mauriora Kingi, te māngai nui o Te Arawa. I knew of other funerals at that time both within and beyond Te Arawa, including a revered Ngāi Tūhoe kuia Te Uruhina McGarvey, as well as the lovely Peter Conway, the staunch union advocate and musician. I ended my week in the Parnell Cathedral listening to a former Court of Appeal judge describe his childhood friend Peter Williams as “the greatest defence lawyer of all time.”

Mauriora and Peter. Two individuals fiercely committed to tika. Family men. Storytellers. Wordsmiths. Music lovers. Performers who owned the centre stage. Advocates. Mentors. Each possessing skills and talents so rare, they cause the rest of us to reflect upon our own shortcomings.

We like to think no one is indispensable. Yet the passing of both men leaves a void unlikely to be filled. It’s the end of an era.

I have no idea if they knew each other. I wouldn’t be surprised. Both of them got out and about. I’d like to think they might be swapping yarns now over a wee dram. I’d imagine Peter might be gently probing the mind of his younger companion, because as his friend Paul Henry remarked, “Peter was the fairest, most interested and interesting person I have ever met.”

During the 1980s, when I was a law student at Auckland Uni, Peter would deliver the odd lecture in Legal Ethics. To us, he was the rock star of the criminal justice system. He’d represented the likes of Terry (Mr Asia) Clark, Ronald Jorgensen and was involved in having the conviction of Arthur Allan Thomas overturned. Peter told me recently he had conducted nearly 200 murder trials.

His son Durrell told the mourners the kids were “brought up on a strict diet of murder, rape, and narcotic importation. And the way dad talked about his clients, you wonder if he ever defended a guilty person.”

Durrell said his father often referred to Arapeta Awatere (Ngāti Porou, Ngāti Hine) as “the most courageous person I ever met in my life” and considered it a travesty of justice that his friend died in prison.

Peter protested on Bastion Point with the Howard League, was on the East Coast during the Rastafarian era and acted on behalf of people in the Tūhoe territory following the 2007 Urewera police raids. He came from an era when Māori were excluded from juries and he would go on to convene the very last all-Māori jury.

Dover Samuels (Ngāti Kuri) talked about how Peter had taken on many cases for Māori, regardless of their ability to pay his legal fees.

“He once said to me: “Dover. I wish some of your relations would pay me in money because I am sick of eating raw fish, crayfish and smoked fish’.”

A writer, poet, philosopher, sailor and renowned champion of justice, it’s hard to believe the legendary advocate couldn’t talk his way out of this one. Even at 80, Peter wasn’t ready to go. He said “there are tremendous things to be done and it makes me angry that I just don’t have the strength anymore.”

Peter was made a Knight Companion in the New Year’s Honours. He leaves behind his wife Lady Heeni Phillips-Williams (Ngāti Hine), who is an accomplished lawyer herself, and his children Durrell, Katie and Cara.

In Rotorua there had been a similar outpouring of grief over the unexpected death, at 53, of Mauriora Kingi. Only days before his death, Mauriora was awarded the New Zealand Order of Merit for his services to Māori, acknowledging a lifelong commitment to upholding the integrity of Māori cultural traditions and tikanga.

I met Mauriora in 1978 when I was competing in the Korimako speech contest. He took out the Pei Te Hurunui Jones award that time. With his koroua hat and tokotoko, Mauriora wasn’t your average teen. He was a “chosen one”, marked out as a special child from birth, nurtured and mentored into the ancient arts. The youngest speaker to ever grace the paepae at Whakarewarewa, Mauriora graduated from head speaker to representing Te Arawa at all important hui. Despite his Tainui whakapapa, Mauriora was so synomonous with Te Arawa, his appearance alone alerted others that the iwi had arrived.

In July, last year, Mauriora led representatives from Tūhourangi, Ngāti Whakaue and the health provider Tipu Ora on to Waitetoko Marae at Lake Taupō for the tangi of my father Nepia Tauri Maniapoto.

After the opening address from our Ngāti Tūwharetoa kaumatua Te Kanawa Pitiroi, the master rose to his feet. And the magic began.

Mauriora commenced his oration with a pōhuatau that linked Te Arawa with the famed ancestor Tāwhaki. He recited karakia composed by Ngātoroirangi, the spiritual leader of Te Arawa waka. Then he wove a breathtaking tapestry of histories, genealogies and stories, linking our father to ancestors and iwi, recalling the descent lines of all of my great grandparents and their connections to various historical events. His recitations reached back into the past, then spread outwards and upwards, reaffirming an ancient matrix between the spiritual realm and the human world.

His memory seemed superhuman. Yet Mauriora didn’t reel off screeds of whakapapa just because he could. He did it to make a point. His tribute to our father was an unbelievable gift, one our family and others will study for years to come.

“He was a person who could bring all the tribes together,” said Scotty Morrison (Ngāti Whakaue). “Everybody paid attention when he spoke. That was his value to Te Arawa. That was also his value to the Rotorua District Council because they knew if there was any conflict going on in the district among the tribes, and even among Maori in the wider community, Mauriora was the man who could put it all right. He was the man who had the mana to find this common point or common ground for tribes to agree and to work together on different things.”

Mauriora was also the longest serving Matatini judge. Some of the best orators in the country turned up to give him stick about that. Despite the depth of his knowledge, Mauriora was humble, friendly and approachable. He was father to Wai Whakaata, Te Mauri and Tawharau – and all three spoke in front of Wahiao before their father was taken to a newly built tomb in the pā below the former home of Makereti Papakura.

“On Friday, I found out that his name was Te Mauri Rangituhaha,” said Te Mauri. “Funny. I thought it was Mauriora. To all the aunties and nannies who have helped us through this hard time, to all those who used to give him whisky … we don’t mind the whisky now.”

Durrell Williams also raised a laugh at the funeral of his father. He talked about the “wild ride” the children had growing up with “the old man.” While he inherited a great love of the sea from his father, Durrell was often asked why he didn’t follow his father into Law. His reply? “I got on too well with his clients.”

Two weeks ago, members of my band and whānau visited Peter and Heeni at home. He was very pale and weak. The blood transfusions weren’t working. We set up our P.A. in the lounge and spent the afternoon singing for the couple and a handful of friends. When two of my warriors, Eds and Laurence, did their first haka, the slumbering Labradors perked up and started barking. Peter laughed. After the third haka, Kafka and Ariki rolled over and went back to sleep.

“Any requests?” I asked Peter.

“Sailing,” he said. We obliged. Peter smiled, sang along and cried.

Last Saturday, Scotty joined us as we performed Sailing one last time.

Dame Cath clapped. Everyone joined in.