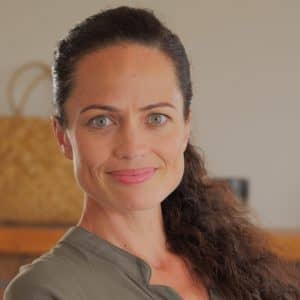 In my life, I’ve had three names. I have lost one, borrowed two, and am in the process of reclaiming the first. Each time, I’ve felt the strangeness of the new syllables in my mouth, spoken them so timidly at first that my name seems to dissolve into thin air before it’s even heard.

I was born Nadine Anne Hura, but it would take me 40 years to sign those words on a page and try to belong to them. It’s strange not to feel any attachment to something as important as your own name. I was inside the vestry of a 140-year-old Anglican church, and I was alone. No one to witness me writing my new-old name in the visitor’s book like I was trying on a new dress in front of the mirror. It felt poignant and dangerous all at once.

A few days later, I told my dad I was officially taking back his name. He was standing at the BBQ frying mussel fritters, my favourite, and as I spoke his jaw quivered. The words seemed to be jamming up inside his mouth. Later, after he’d had a few beers to release them, they tumbled out.

He said that his mother, my Nanama, had warned him not to “sign me over”, but he’d agreed because he thought if he did, my mother might relent and let him see me.

Weeks and months and then years passed, and my mum never changed her mind. He caught only the faintest glimpses of me sitting in the car when my older brothers were dropped off. And Nanama said: “Well, what did you expect?”

My grandfather had been kinder. He’d said: “Kauaka e wareware, e Pī, ka hoki mai tō kōtiro ki a koe.” Don’t forget, Pī, your daughter will come back to you.

Sitting in the kitchen with my father nearly 40 years later, my grandfather’s words lay on the table between us like something soft and prophetic. But other words lay on the table, too. Conflicting knowledge. A narrative where my mother wasn’t trying to keep me from my father as a way of punishing him, but as a way of protecting me. They were different times. There was booze, and violence, and other things better left unsaid. I was just a baby, and she wanted the best for me. These two opposing truths face each other like enemies who have declared a wary truce.

Dad sighed and brushed his hand across the table as though sweeping away the past. “Anyway, that’s all finished now. No good crying about it. All that matters is that you came back. Kua hoki mai.”

I look at the deed poll sitting in front of me now. Yellowed at the edges, it bears the stamps of officialdom. Although my father has printed his name clearly, the letters are faint, as though he hasn’t pressed very hard. My mother has signed after him. They declared, on my behalf, that I would:

“absolutely renounce and abandon the use of my former full name, and in lieu thereof, assume and adopt the name of Nadine Anne Douglas.”

I can’t stop reading and re-reading the words “renounce and abandon”. I have the image of two great rocks that have been hauled to the edge of a cliff and then pushed off, landing so deep within the earth below they cannot now be shifted.

I was 10 years old at the time and I don’t remember anyone discussing it with me. I suppose there wouldn’t have been much point. I’d been using my stepfather’s name my whole life, or at least as long as I could remember. Renouncing my birth name in front of a judge at the Otāhuhu District Court on the 17th of November, 1987 was a mere formality to bring the documentation into line.

If I’m honest, even if I’d been asked, I would have gladly taken Douglas. I liked it because it connected me to the man who tucked me into bed at night. It was a good, strong Scottish name, and I suppose it suited my pale skin and light eyes.

It also hid my Māori whakapapa neatly inside its Gaelic vowels. “Douglas” meaning “black stream,” which makes me wonder if maybe our names choose us. For the 20 years that I borrowed that name, I did not examine anything that lay beneath its dark surface.

Years later, at a formal dinner, I took my place in front of a name card that had my then husband’s name on it with a “Mrs” tacked in front of it. At first, it amused me. I had never thought of marriage as the altar upon which I would sacrifice my own identity.

I was just romantic and I wanted to have the same name as my kids. Even before they were born, I could see the family unit taking shape in my mind. It would be bigger and more meaningful than anything I could be on my own. I imagined expanding into all the corners of my married name and making it mine.

But as the courses came and went, as glasses emptied and were refilled, that name card kept staring up at me as if to say “but who are you, really?”

Before I left that night, I tucked the card into my purse and stored it along with the copy of the deed poll like it was an important piece of a puzzle. Now, with less of my life ahead of me than behind me, I’ve circled back to it.

But shifting those great fallen rocks isn’t easy. They don’t budge easily. Email addresses, bank accounts, every single user login I’ve ever created. To say nothing of the statutory declaration sitting completed, but unsigned, on my desk. It’s been there nearly a year, awaiting my attention. The irony: Which name do I use to sign at the bottom?

My brother saw the forms and asked me what I was changing my name to and I frowned. “Hura, of course. What else would I change it to?” He shrugged, as though I wasn’t being very imaginative. “There are so many other options. You could pick anything you want!”

“I don’t want any old name,” I said, pressing my hand to my chest. “I want something that actually belongs to me.”

My brother looked at me as though I was clutching at something that may not even be there. He’s had three names, and my mother four. Between us, we lose count. The only one who’s never changed his name is my eldest brother, a point he likes to remind us of every time he comes back from the UK to visit. “I never know what you guys are gonna be called next time I come home,” he says, and we all roar with laughter.

The humour is a relief. It helps mask my fear and shame and despair and longing. It’s bittersweet to feel myself expanding into a new name, at the same time as another ebbs away. Some days, I can’t tell the difference between losing, gaining, and reclaiming. Like variegated yarn, there’s no way of separating one colour from another, no way of predicting what you’ve got, until you knit with it. The chaos is part of its beauty.

But the fear I’d be less than whole without a shared name to bind me to my children hasn’t been borne out. When I asked my kids how they felt about it, my son, hearing the hesitation in my voice, squeezed my hand and said: “Mum, we’re connected by more than just a name.”

And so, as time passes, gradually, those rocks are beginning to shift. I got an email last week from the school office, addressing me as Ms Hura.

Hura, meaning to remove a covering, show, or unveil.

I sat and stared at the shape of the words for a long time, trying to embody them. Then I printed the email and put it with the deed poll and the name card.

This is an edited version of Nadine’s blog, published here.