Those trees on One Tree Hill may be doomed 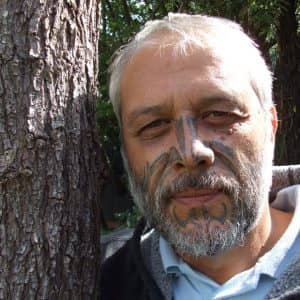 Back in October 1994, Mike Smith headed up to the top of One Tree Hill in Auckland and, according to the police, “interfered with a tree”. There was just one tree there at the time. A prominent landmark on the summit. And the “interference” — which eventually led to the tree’s demise — also led to Mike being convicted and copping nine months of periodic detention.

He’d been brassed off (as many New Zealanders were) by the sales job the government was doing with its “fiscal envelope”, where the pretence was that $1 billion would be quite enough to cover any Treaty settlements. It was a ridiculous figure given the many billions worth of loss and damage that Treaty breaches had caused Māori since 1840.

Mike thought his protest would be noted — and perhaps the issue would be examined more closely — if he were to give the tree a burst. Which he did. Fat chance, though, of any serious rethinking by the government, even though that original envelope has been discarded for one double the size.

That’s still a shamefully miserable putea. But Mike has other concerns on his mind, as he explains here.

As you may have heard, the Auckland Council and the local iwi have finally come up with a plan for planting some trees at the top of Maungakiekie.

That has prompted a few journalists to ask me if I now think I did the wrong thing in taking a chainsaw to the Monterey pine tree 21 years ago — and whether I’m going to apologise to Aucklanders. They’ve also been implying that the replanting may signify that everything in New Zealand society is now okay — or heading that way.

If you’ve been listening to the Auckland mayor, Len Brown, you’ll be aware that he’s suggesting that the issues with the Māori community in Auckland, and with Māori in general throughout New Zealand, are being resolved — and that we can go forward, hand in hand, to a bright future.

But that’s just hyperbole and spin. The reality is that we have a society polarising faster than ever between rich and poor. With more homelessness among our people. Families being forced out of state houses. Rents rising. Unemployment, too. Our language in decline. Land stolen from us yet to be returned. Still no Māori control of other resources stolen from us. And Treaty settlement deals which, I believe, are Treaty extinguishment deals.

So there’s an illusion being presented by our politicians and others trying to use these symbolic events to portray our country as something that it’s not.

I’m much more inclined to ignore all that sales pitch and give a much higher priority to the warnings from our climate scientists — and, in particular, James Renwick, a geography professor at Victoria University and an acknowledged expert on our environment. He’s at the top of his game, and he and his colleagues are pointing to an impending climate emergency facing all New Zealanders. And others all across the globe.

It’s a desperately sad state of affairs, and perhaps the only bright light is that it gives us more impetus to confront the fossil fuel industry, which is the cause of much of the global warming.

The evidence indicates that we may have only 5­­–10 years to slow down global warming before it reaches the tipping point. And, if it reaches that point, then it’s a runaway train. There are predictions, for instance, that there’ll be a 10-foot rise in the sea level — which would flood not just a number of Pacific islands but a lot of Auckland city, too.

James Renwick says there’s another aspect of global warming which hasn’t yet caught the attention of New Zealanders — and that’s to do with the effect on our native flora and fauna. He, and others in the science community, are saying that many of our native species won’t be able to adapt to the rising air temperatures over the coming decades.

And that development, if we turn once again to Maungakiekie, will have some relevance to the trees to be planted on the summit. With the impending climate change, those trees won’t have much of a show. They could be in trouble, or gone, by the end of the century.

I’m disappointed at times when I see New Zealanders, and others around the world, ignoring these big issues and finding distractions and respite in various forms of entertainment, including drugs and alcohol and the new worlds that modern technology has opened up for us.

But I’m encouraged, too, by the number of switched-on young people I see coming through the schools, especially the kura kaupapa. I’m hoping that they’ll respond to the serious wake-up calls that we’re hearing — and that they’ll become a part of a Māori leadership anticipating and preparing for changes before they happen.

Climate change is the overarching problem we’re facing, which is why I’ve been campaigning over the last couple of years on that issue. And I’m convinced it’s worth making a big effort now to understand and set in motion the moves we can make to deal with what is threatening to have such an impact on our communities, our iwi, hapū and whānau.