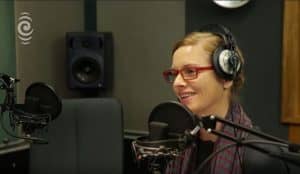 I love a good debate. When I was at St Joseph’s Māori Girls’ College, I was in the school debating team. The Marist brothers from the Greenmeadows seminary up the road would coach us in public speaking, preparing us for the finals of the annual O’Shea Shield Contest.

They prepared us so thoroughly that, as we walked silently up the wooden stairs and on to the stage in the Hawke’s Bay competitions, we were more nervous our pleated skirts would fly up than we were of ever being lost for words.

I took my girly swot habits into The Ralston Group on TV3, where Bill Ralston would chair a debate of lefties against righties. It was a relatively new format at the time. My fellow panellists — Chris Trotter, Richard Prebble, Jenny McManus and the like — would rock up, knock back a drink (or two), and go for it, live on air.

They were impressive. I was the proverbial fish out of water. Young, Māori, female — and way too earnest. The only other Māori was Derek Fox.

It was a great experience, although more about witty one-liners than resolving issues.

The media doesn’t have any obligation to resolve issues, but it does have a role in stimulating healthy debate. In Radio New Zealand’s charter, for example, a key objective is to “foster critical thought, and informed and wide-ranging debate”.

You could argue that, much too often, the media brings too little informed judgement to the debates it encourages, and gives far too much space and air time to the views of The Arrogant and Wilfully Ignorant.

Don Brash is a case in point. Admittedly, his interview late last year with Kim Hill was a minor teachable moment — Brash turned out to be even more ill-informed, illogical and forgetful that I imagined.

But it’s difficult to understand how such a fact-free fest could be described as “informed”, or the extent to which it elevated the discourse in any way. It’s all too easy for the more enlightened among us to dismiss Brash as an anachronism, but there’s way less enthusiasm for tackling the systemic racism that’s a consequence of ongoing colonisation. Most Pākeha can’t see it for starters.

The real debate requires a lot more brainpower and honesty. It means addressing the structural and institutional racism that keeps Pākehā in power and Māori in our place. It means examining what Tamati Kruger calls “The Machine” — ­the state, and its power and institutions.

This is the debate that Māori were having even before the Treaty was signed. And it’s going on right now in homes, wharenui, boardrooms, offices, halls, and cafes all around the country: pockets of Māori and other New Zealanders trying to figure out how to convince the rest of the country that it’s the only debate worth having, if we want to transform our society into one where we all get a fair go.

As our public broadcaster, RNZ has a special role in prompting these discussions and choosing the news that deserves attention. It has some firepower, too, when you think of some of the journalists it has.

I started listening to RNZ halfway through 2016, after discovering that’s where John Campbell landed. I’m in awe of the journalists and the longform interviews by Kathryn Ryan and Kim Hill. The Māori journalists — led by Mihingarangi Forbes and Shannon Haunui-Thompson — and the music team, all have my respect for their professionalism and passion. As an artist, I’m grateful to the programme hosts for their support.

But this isn’t about them. This is about RNZ the institution.

And, as big a fan as I am of many of the people and programmes inside the institution, I think it deserves a closer look.

According to the Radio New Zealand Act 1995, the station must endeavour to provide services of the highest quality to “reflect New Zealand’s cultural identity, including Māori language and culture.”

There’s even a Māori strategy, introduced just over two years ago, which produced this commitment: that RNZ would play 80 hours of stand-alone Māori language and content in 2017–2018.

Now there’s a ceiling so low you could bang your head on it.

Te Manu Korihi is the unit inside RNZ that generates news stories to reflect te ao Māori. A team of three Māori news reporters work towards having, between them, a Māori story on every morning and evening. Shannon, who edits TMK, says they’re required to generate a “three-minute radio story, online web story, and a shorter news story for our bulletins.”

In 2015, the unit’s dedicated regular slot on Morning Report was disbanded in favour of mainstreaming Māori news and current affairs. In other words, having both was not an option.

Any Māori content that ends up on air, or on their website, Facebook, Twitter and so on, is counted towards the quota. Shannon says that includes videos produced by the social media team in response to online trends — like when Don Brash criticised the use of te reo Māori on Morning Report.

Yes. That counts as Māori content. And the greetings and sign-offs by on-air presenters and journalists? RNZ believe that ought to be considered as part of the broadcasters commitment to te reo. They just haven’t quite figured out how to measure it.

RNZ describes its website as a significant platform to promote Māori language, culture and stories. It’s where they’re planning to offer full te reo bulletins. So that’s online. At some time. In the future. They don’t have Māori language expertise in-house. Not yet. (Sigh.)

So what else could they be doing?

Well, how about giving those from a Māori broadcasting background a daily hosting role, so that a Māori lens is applied across all current affairs issues — and not just those stories that scream Māori issue?

RNZ’s Head of News and Content is Carol Hirschfeld (Ngāti Porou). And she points out that in December, “Morning Report was co-hosted by a bilingual Māori woman for the first time.”

Take a moment to let that sink in. In 2017, Mihi Forbes made history on our state broadcaster. What an indictment.

And what a joy. Mihi naturally dropped in questions that those in tune with Māori politics would expect to hear asked of the PM or Minister of Justice — questions that Pākehā journalists wouldn’t necessarily consider because they’re not moving across two universes.

Whether it’s justice, education, environment, employment, arts, science or business, that richness and depth that a parallel worldview can offer all New Zealanders has been missing. So the hard questions aren’t always asked. And, as my artist friend Rangi Kipa, has described so beautifully, stories that “help to reduce the grey space between us,” remain untold.

There are 12 daily shows broadcast on RNZ, and apart from that brief stint from Mihi, there’s not one bilingual or even Māori host. It’s bizarre, isn’t it?

Carol’s response? “It is a priority to seek and recruit other outstanding, diverse and multi-skilled presenters like Mihi.”

Mihi is all those things. She is also Māori. And leaving. An award-winning, experienced, bilingual, and well-connected journalist who never fronted her own daily programme on our state broadcaster. Nor did she have the opportunity to boost that RNZ Māori language and content quota through the ceiling.

Of course, there’ve been positive moves. RNZ has started a Māori cadetship programme, and Māori journalists take the lead on significant national events like Waitangi Day and Anzac Day.

That’s nice. But every day is Waitangi Day.

And if Mihingārangi wasn’t seen as “the one”, then what about Miriama Kamo, Dale Husband, Scotty Morrison or Kereama Wright? How about trying Morgan Godfrey, John Tamihere or Ella Henry? Why not check out Wena Harawira or Julian Wilcox? Or lure Derek Fox out of retirement?

This all leads us back to The Machine — and the need to apply a Treaty lens across the whole RNZ structure.

But there’s little evidence of the Treaty relationship at RNZ’s governance, management and operational levels.

There’s potential, though. In 2016, RNZ signed a Memorandum of Understanding with Te Whakaruruhau. According to an RNZ press release, that’ll mean sharing content and expertise with the iwi stations.

Then there’s the promise of RNZ receiving an extra $30 million from the government. So there’s scope for RNZ’s good intentions to get some traction.

If RNZ lived up to its own high expectations, it would be sharing power, not just content. It would be making room for Māori to set the agenda, not just helping out here and there. And it would be ensuring that all their journos are familiar enough with the history, culture and politics of this country to deal effectively with Brash-speak.

We’ll know we’re having a debate when media platforms recognise their own complicity in the status quo. When they realise how late they are to the party. When they start to challenge the institutional and structural racism within themselves, as well as within organs of the state. And when they walk the talk.

We’ll know we’re healthy when the spotlight moves away from easy distractions and on to that new and exciting space where Māori and Pākehā respectfully circle each other on issues big and small, drawing ever closer, challenging and disrupting each other’s thinking — and understanding that our survival and potential is inextricably tied up with each other.

So let’s talk about The Machine. And let’s not just do it on February 6. 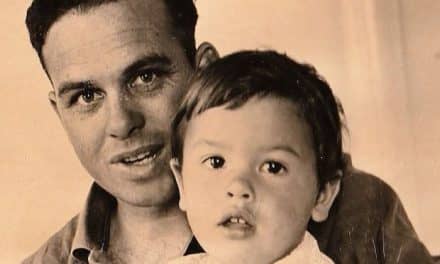 The Great Silence — the heartbreak of losing te reo