Who’s allowed to tell our stories? 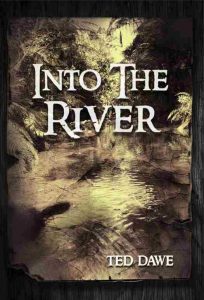 When I was a teenager, I used to loiter around the librarian’s counter where all the age-restricted novels were kept, trying to catch a glimpse of a title so that I could request it. That’s the way with censored books. Nothing makes you want to read something more than knowing it’s restricted.

That’s why the temporary banning of Ted Dawe’s award-winning novel Into the River last month piqued everyone’s interest. In a country that prides itself on the right to freedom of expression, people were dying to know why this book had been declared illegal to buy, sell or borrow. New Zealand made international headlines. There was talk Hollywood wanted to buy the film rights. Up and down the country chins were wagging: Have you read it?  Can I borrow your copy? Is it on Kindle?

Central to the controversy about Into The River is its so-called “corrupting influences”. You know, sex and drugs and profane language and other things teenagers should never know about. That was certainly the view promoted by Bob McCoskrie of Family First, who went to such great lengths to get the book restricted.

But this discussion eclipsed another, quieter, but no less passionate debate happening on the periphery: Who’s allowed to tell our stories?

The main character of Into the River is Māori — Ted Dawe is Pākehā. A few Māori felt that, therefore, Ted had no right to write this book. They argued that it wasn’t his story to tell. Ted said he was told by some Māori to “keep your nose out of our stuff”.

Given that many of those critics admitted they hadn’t actually read Into the River, it’s hard to understand their objection. More to the point, it seems hypocritical to me.

Witi Ihimaera, New Zealand’s first published Māori novelist, has written many a short story where he’s taken on the voice and thoughts of Pākehā characters. Fiona Kidman, no finer writer in New Zealand, has left me with fictional Māori characters so convincing I sometimes think of them as real people. But she’s not Māori.

Likewise, no one objected when Albert Wendt (Samoan) gave us a multi-ethnic cast of characters in Sons for the Return Home.

Patricia Grace’s award-winning novel Tū let us into the hearts and minds of soldiers of the 28th Māori Battalion. Should the fact that she’s not a WWII soldier disqualify her from writing WWII stories?

The way I see it, anyone should be able to write about anything, at least where fiction is concerned. How convincing they are is a different story. After all, creating authentic characters takes a lot of skill as a writer. A book doesn’t read itself — if something sucks and doesn’t ring true, people won’t read it.

We often complain that our teenage boys don’t read enough. But how can we blame them when the books on the shelves don’t reflect the reality of their lives? Nobody wants to pigeonhole readers, but it’s clear Into the River fills that gap. Our boys are not American. They’re not Australian or British or South African. They’re New Zealand boys — their experience and language and worldview is unique.

If Ted Dawe recognised this gap and felt sufficiently motivated to try and fill it, shouldn’t we commend him?

Rather than putting rules in place about who has the right to tell Māori stories, perhaps we’d be better placed to direct that energy into building up our indigenous writers, wherever they are — encouraging and supporting their development by reading their work, talking about their stories, borrowing their books from the library.

No one is denying that indigenous authors — whether Māori, Samoan, Hawaiian — are the best placed to tell our own stories. Of course we are. But we don’t make it easy when ideas about who has the authority to write about our experiences persist.

If a Pākehā shouldn’t write about Māori experiences, what right do you, or I, or anyone else have? Do authors need to be Māori in a particular way, or have a certain amount of whakapapa or “Māori blood” before they’re permitted to tell Māori stories? If so, wouldn’t all our stories start to sound the same?

Add to that the fact that it’s damn hard to get published in New Zealand, and even harder to get noticed, and it’s no wonder we have to look so hard to find our stories. But they are out there. Our indigenous creative writers are writing as we speak. 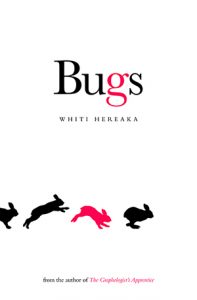 Whiti Hereaka is one of them. Her novel, Bugs, published the same year as Into The River in 2013, also concerned the teenage experience. Like Ted Dawe’s novel it was aimed at young adults, and it, too, included quite a bit of swearing and sexy stuff. But her book wasn’t banned (Bob McCoskrie and Family First clearly don’t read very widely), so it didn’t steal the limelight.

Yet, for my money, Bugs hit the mark where Into the River didn’t quite. Maybe that has to do with the authenticity of the voice because Whiti Hereaka is Māori and Ted Dawe is not. Or maybe it just has to do with the fact that the main character in Bugs is female and I could easily relate to her, whereas Into The River’s main character is a teenage boy and I couldn’t so much.

It doesn’t matter. I’m pretty sure neither book was written with me in mind. Besides, who am I, who is Bob McCroskrie, to tell anyone what they should or shouldn’t read? Just so long as we are reading and our stories are out there and freely available. Especially for our young people — and boys in particular. If Ted Dawe has something to offer, fantastic. Even better if it’s Whiti Hereaka.

Whiti Hereaka (Tūwharetoa/Te Arawa, Aotearoa) — Bugs: Set in Taupo, Bugs is a powerful coming of age novel narrated by one of the most memorable characters you’ll ever meet in fiction. Won the Young Adult Honour Award in the NZ Post Book Awards 2014.

Lani Wendt Young (Samoan) — Telesā: Not just another young adult fantasy series — the Telesā series features a strong cast of female characters against a backdrop of Pacific mythology. Hugely popular — and now a course text in Pacific Literature as well as recommended reading at many secondary schools.

Kiana Davenport (Native Hawaiian) — House of Skin: A collection of prize-winning short stories set all around the Pacific, Kiana Davenport explores a wide range of issues from identity, racism, belonging, love and betrayal.

Sally Morgan (Indigenous Australian) — My Place: Powerful and deeply moving memoir exploring three generations of indigenous Australians. Published in 1987 and now considered a classic, this book has sold over half a million copies.

Sherman Alexi (Spokane/Coeur d'Alene Indian, United States ) — The Absolute True Diary of a Part-Time Indian: Multiple award-winning young adult novel exploring the life of Junior, a Native American student who leaves his school on the Indian Reservation to attend an all-white high school. Like Ted Dawe’s novel, this book was also banned in some schools in the U.S. due to offensive language to sexually explicit scenes.

Do you have a favourite indigenous writer? Share your recommendations below.

Ted Dawe in The Guardian, on the process and inspiration for writing Into the River and the subsequent classification/banning.

Ted Dawe in the NZ Herald, and how some Māori told him to keep his nose out of “our stuff”