Here’s to the Black Pearls in our lives 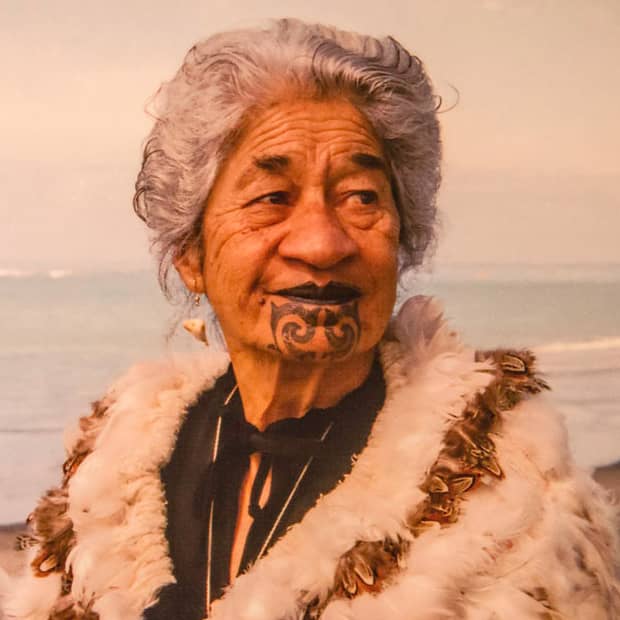 Black Pearl, precious little girl, let me put you up where you belong.

Yep. That was me. And that was the song that kicked me into the mainstream spotlight in 1990. I didn’t write Black Pearl. That song was composed by a legendary producer, Phil Spector, alongside Irwin Levine and Toni Wine, for Sonny and the Checkmates.

Spector was a musical genius and a reclusive oddball with a fetish for guns and outrageous wigs. But the only bars that the 77-year-old riffs off now, are those that imprison him as he serves out his 19-year sentence for murder.

Of course, I had no idea about this when I released my own version of Black Pearl.

Murray Cammick (Southside Records) and I hoped it might appeal to Māori women. So we packed the music video full of Māori women of all ages, shapes and sizes. Eight months pregnant, I was all shapes and sizes myself. It was a deliberate celebration that, against all odds, we are brown, beautiful and still here. It became a bit of an anthem.

Years after, my mates and I used the name for an event we set up to acknowledge Māori women who made a difference in their communities. The annual Black Pearl Awards ran for a decade. It was an all-woman affair, although every year I’d get a call from a couple of opportunist blokes volunteering to be waiters.

Older women, in particular, liked the thought of ditching the hubbies and dressing up for a glam night out with the girls. We packed it with guest speakers, celebrity debates, live music and loads of laughs. I remember Lillian, an ex-gang girl who was a guest speaker and had us all in stitches. She said she would’ve had a better voice — if only she still had teeth.

The highlight was the awards ceremony itself where we heard stories about humble, dynamic individuals who were transforming their own communities. Their generosity of spirit had us dabbing our eyes and questioning our own commitment.

There were some lovely old kuia who came along — kuia who had big laughs and even bigger hearts.

Haupai (Nanny Jack) Tawhara would patrol the streets of South Auckland, her trademark white gloves as spotless as the rest of her Māori Wardens uniform.

Waireti Walters (Ngāti Kahu), just as jolly and irreverent, was hellbent on dragging any female in sight into a mobile cervical smear clinic. (“Watch out,” we’d whisper to our mates, “Waireti is on the warpath.”)

Mere Knight (Ngāti Porou), clutching her kete, was omnipresent at any hui in her beloved Māngere.

Meeting up with them was a joy. And hearing them pronounce my name with their distinctive Tūhoe, Ngāti Porou and Tai Tokerau accents, had me thinking they were rolling the vowels around their mouths like caramel chocolate.

They’re all gone now, these Black Pearl matriarchs whose lives revolved around the flax-roots communities to which they were so devoted.

As another International Women’s Day came and went last week, I thought about those humble ladies who had made such a difference in their communities and about the women who influenced me.

And I thought about how far we’ve come as women.

Not far enough if you look at how popular culture (especially the music industry) is still churning out the old, tired clichés around women. Nowadays it’s rare to find a pop music video coming out of the US where the female isn’t displaying and marketing her sexuality in ways that make mothers fear for their daughters.

Yes, those at the top have “made it” and become obscenely rich within the most sexist, male dominated and capitalist of all industries. Often, they’re referred to as feminist icons because they’re centre-stage and “in control”. After all, it was Rhianna’s idea to torture and kill another woman in her music video. And it’s Miley’s decision to wear next to nothing in hers. I must have been asleep when all that became an assertion of feminism.

The underlying statement, though, is still that same old clunker: I’m talented, beautiful and take care of my body. I work hard so now I’m rich, successful, have married well and have a perfect family.

It’s a kind of neo-liberal feminism, just with better beats. And as Beyoncé aligns herself with a feminist or political issue, it just doesn’t ring true for me. The cynic in me might describe it as re-branding. Simple economics.

Looking to the US, where Americans may now be poised to elect their first female president, it’s easy to feel a sense of smugness for leading the way because, at one time in New Zealand, women filled the roles of Prime Minister, Attorney General and Governor General. By contrast the US has been pretty backward when it comes to women running the show. Not that electing a woman leader is a guarantee of anything. As Margaret Thatcher showed.

Still, some of us worry about the way popular culture may be shaping our impressionable young daughters.

When the little girls in my car switch out from Māori into English and start whining away in a pseudo-American tweenie-girl accent, it drives me nuts. I wonder about the real impact of American pop culture on our bilingual princess warriors. After all, we are pouring our mātauranga, hopes and dreams into them — arming them up to be more fierce than their mothers.

So we mums did a quick, non-scientific scan among the nieces, ranging in age from 10 to 25 years old. We asked them to name their role models and inspirational women.

Their first pick were mums, aunties and grandmothers. Bless them.

Then there was Lorde. (“She doesn’t pile on the make-up to look cool and is a great singer.”) Others were Claudia Bunge (a 15-year-old Māori footballer who just made the NZ U-17s), Maria Tutaia and Lisa Carrington (“sports stars who work hard”) and Malala (for her activism). The late Taini Morrison, Oprah Winfrey, Louisa Wall and Metiria Turei also made the list of the oldest niece.

That got me thinking about all the women who’d made a big impression on me, back in the day.

Like the nieces, I’d pick my mother first. Mum used to knit, sew, preserve, weed, wash, bake and do a million other things. Her five daughters have … well, other skills. And yes, there were the aunties. Auntie Rose (Gibbons) Maniapoto was a head nurse at Rotorua Hospital, very popular and such fun. She loved to pirouette around the living room with her feather duster. Auntie Rose put on such a good French accent (and kept it up for so long), I was convinced she was actually from Paris, not Ngāpuhi.

I remember Eva giving a guest lecture about the 1978 occupation of Raglan Golf Course. Her people spent years fighting for the return of land that had been taken for a military airfield during the war, then wrongfully on-sold and turned into a golf course. Sick of being ignored, Eva led a sit-in at the 18th hole. Fairly radical in those days.

In 1981, my mate Erana and I, along with a couple of hundred other anti-apartheid protesters, ended up in the middle of the Waikato rugby field. The match between the Springboks and Waikato was cancelled. Rugby fans were livid, practically frothing at the mouth and only metres away.

Somehow, Erana and I found ourselves next to Eva as we tried to leave the pitch. The crowd was hurling abuse and full beer cans at us — and baying for blood. But when some of the pro-rugby crowd recognised Eva as the Māori grandmother who had led an occupation, she copped their full rage. It was ugly.

That’s when I realised how much guts it takes to get off the fence and do the unpopular thing. Eva Rickard had courage — in spades. And the movement she led did change history.

All the women I mentioned have made a tremendous contribution to this country and our people on so many levels. And many more are coming through, changing history right now by shaping the future.

They work in education, health, politics, law, government, treaty settlements, media, the private sector, arts and local government. Some are in relationships, others aren’t. Many have kids. Some are single parents. All of them have put their hand up when the more popular option would be to stay silent. They’re tough, honest, very funny, visionary, passionate and sexy to boot. They walk the talk. They’re authentic.

On International Women’s Day, I was in Kawakawa, up north. It has a railway track that runs down the middle of the main street. It also has a huge bunch of snap-happy tourists hovering around public toilets that looked like someone attacked it with broken saucer pieces.

“What does success look like to you?” I asked the women around me. All of them were running their own companies, or steering their marae or whānau trusts.

So here’s to all the Black Pearls in our lives. To the women making a difference. To the graceful and the bolshie. Let’s make every day International Women’s Day.