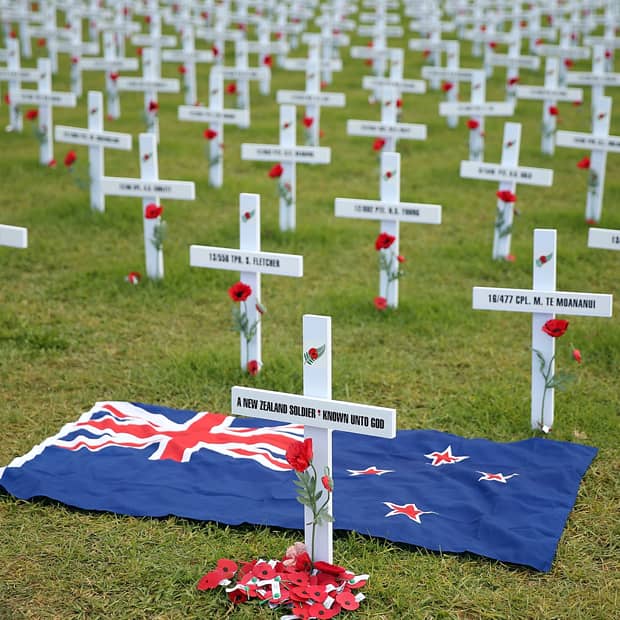 Many Māori veterans have opposed a change to the New Zealand flag because it was the flag they fought for.

If they looked back on the history of our flag and its representation to Māori, I wonder if their objection would be as strong.

During the New Zealand Wars in 1865, a period of immense political and social change for Māori, the navy was a symbol of British authority and ships used during the wars flew the Royal Navy blue ensign — a military flag with the Union Jack on a blue background — the origin of our current flag.

George Bowen, who took office as governor of New Zealand in 1868, asked a British naval lieutenant, Albert Hastings Markham, to come up with a more appropriate New Zealand flag.

Markham’s suggestion was to keep the Union Jack and add the Southern Cross to the flag’s blue base. From 1869, this flag was flown by all New Zealand-owned ships.

But throughout this, and right through to the 1970s, the Union Jack was still popularly used as our flag, and New Zealand’s continued open door policy for British immigrants reinforced that stance.

But during the Great War, our troops, including the Māori Contingent and later the Pioneer Battalion, identified more with the Union Jack.

The Māori word for flag, “haki” or “Jack” is derived from the Union Jack. It was used as a pall or covering for coffins for all military funerals and the official government policy up to the early 1960s required the Union Jack rather than the New Zealand flag to be flown at half-mast during funeral services for ex-servicemen.

Māori affinity for the Union Jack persisted during the Second World War too, as shown in this song composed by Henare Waitoa of Ruatoria to welcome home survivors of the 28th Māori Battalion:

The current public debate about the TTPA is also a reminder of the event that allowed the current New Zealand flag to finally succeed the Union Jack.

When the UK joined the EEC in 1974, nearly all Commonwealth countries decided to replace the Union Jack with symbols that better reflected their own nationhood.

So the debate continues

As Māori reflect on the status of our national flag and their choice in the upcoming referendum, they should consider the attachment of their kaumātua to the New Zealand flag as nostalgia for a time that was, not as an edict for our future.

“[T]he story we’re telling with our flag is that we’re a bunch of design numpties that ran a laughable process to come up with a terrible eyesore that’s unfit for purpose. ...

“I’m voting against the new flag because I have eyes.”

“I’ve already chosen the flag that fits best with my heart, my soul, my life — the Māori flag. It’s the one that we designed, it carries the colours of my world, and it speaks of our history, our place in the cosmos, and the possibilities that lie ahead of us all.”

Voting forms must be posted no later than Monday 21 March to be sure of making the closing date of 24 March.