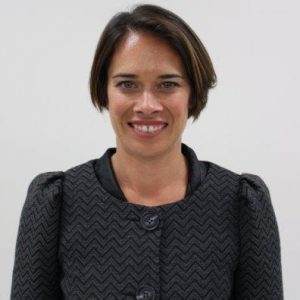 Will you please tell us a bit about your early days and about your family?

I grew up firstly in Opotiki and had two brothers and two sisters.

I was the second to last. My oldest brother is Maui. Next it’s my sisters Naumai and Teina, and then me. We may have thought, well, that was the family but, five years later, along came Tane. He’s the youngest and now living in Melbourne. The rest of us are in New Zealand.

When I was growing up, it was mainly just Dad at home. My Mum, Jackie, moved across to Australia when I was about eight. She used to come back about once a year but when I was in my teens I was heavily involved in tennis and I was often away at overseas tournaments. So she didn’t play a major role in my life through those years.

It’s different now though because she’s been back for the last four years. And, now that I have a couple of children, she’s playing a grandmother role.

Dad is Ruka Hudson. He went off to the Viet Nam war, came back a double amputee and then married Mum.

It was Dad who brought the Māori heritage. We whakapapa to Whakatohea and also to Te Mahurehure in the north, up at Waima, as well has having some links with Taranaki.

And where did your reo journey begin?

Dad would speak a little bit of reo Māori at home. But not anything too difficult. Just odd words and small phrases like “Homai te tote”.

So the language was around the house but it wasn’t integrated in our lives. It wasn’t a day to day thing.

Then we moved to Hamilton when I was 10. Dad decided that’s where we should live so that, when it came time for university, we were close enough to go. That’s when he decided to enrol in a Te Ataarangi course. Maui also did a course three or four years before I did.

Meanwhile, though, your tennis talent, which became apparent as a 13 year-old, had given you a different focus in life.

Yes. It really became my sole focus. I travelled to many countries, played numerous junior and senior tournaments – and was away constantly. Even though I was proud of being Māori and my heritage, the reo didn’t play a big part in my life at that time.

Being Māori was a point of difference – and there were times when I thought it would be really nice to be able to have conversations with New Zealand players in our own language, just as we could see other foreign players chatting in their own tongue.

But our lives were all about tennis.

Actually, I think I was only 20 when I decided to hang up my tennis racquet. So I came home to pursue something else.

I didn’t have a clear idea what that might be but, like Dad and then Maui (who’d been working overseas as a physio), I enrolled in the Te Ataarangi course. It was a strange, uncomfortable feeling going into a class. It was a foreign environment for me. But, even so, I felt it was the right place too.

In tennis, I was a goal setter and I was goal driven. I’d have plans and pursue them. So it took me a little time before I bought into how our Māori class ran … where you don’t concentrate just on yourself. You bring everyone along together. It’s whanau and inclusive. And, at times, you have to taihoa and wait until everyone is ready to move on.

Looking back now, how do you rate that Te Ataarangi system?

There are lots of different ways to learn the language. But for me Te Ataarangi was awesome. It doesn’t focus on writing. In a way, it’s a belief system. And it encourages as much korero as you can manage right from the start. If you have the time, I think it’s the best way.

At first, you don’t really understand what’s going on – or only a couple of words the kaiako is saying. But you do recognise a few. And you build on that.

The thing is you have to learn not to be afraid of making mistakes. If I’m truly honest, I have to admit that I found a couple of wines really helpful in that regard.

My trouble is that I’m a perfectionist and I wanted to get everything correct, right from the start. But, with a couple of wines, I wouldn’t worry about making mistakes and I’d just talk.

That’s what you need to do. The more you talk, the more you progress. You can’t afford to have a hang-up about getting things wrong at times.

You had some self doubts along the way?

Yes. I used to ask myself: When is the penny going to drop? One of my problems was that I’d catch on quite quickly to a new phrase or structure in the initial class, but then it would be gone a week later. I didn’t seem to be retaining what I was learning. There was a problem with my puna kupu. So I did have some challenging times over the two years of that course.

No doubt this commitment to the language has changed you?

Well, it has contributed hugely to my life. After tennis, I wasn’t sure what I was doing. But it has opened so many doors.

Once I made some progress with the reo, I wanted to get into a career where I could use it – and keep it up.

So I went to AUT and did a Bachelor of Māori Development, majoring in media. Then I started work in the newsroom at Radio Waatea. And the next step for me was working as a sports journalist for MTS (Māori Television Service).

That’s been valuable because you’re always learning. You’ve got these amazing people around you. And you’re able to pick up little gems of reo from them. They’ve all got something different to offer.

My reo improved rapidly when I began working with other Māori journalists. It helps greatly that I’m in the Māori media. I’m scripting in the reo – and speaking it too – every day. And Te Kaea has been really good in bringing in tutors every now and then for a one day wananga about reporting. So I’m constantly learning.

But you need to make it a priority because you can get caught up with life and neglect the language.

I’m only so far in the journey – and there’s a long, long way to go.

What about the prospect of your family becoming fluent too?

I’d love my children and Dave, my husband, to have the reo. He comes from Boot Hill, Orakei and was brought up next to the marae … brought up more Māori than me.

But he’s not a reo speaker. He’d like to be though. And it may just be a matter of him needing to take time off work to do a full-time course.

With the kids, I should probably speak to them more often in te reo, so then they can pick it up. At this stage we haven’t chosen kura kaupapa for them. They’re in mainstream classes.

I think that, when they’re ready, later on, they’ll pick it up as I have. I hope so.