Talanoa has set me thinking 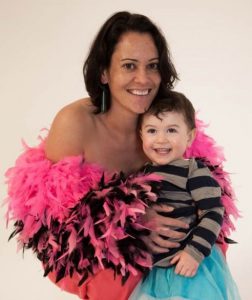 I’m the mum of a chatty and surprisingly articulate three-year-old daughter. I named her Talanoa which can mean to “speak from the heart”. But a more common meaning, across many Pacific languages, is to “have a good old gossip”.

That’s her style. Non-stop. And her daily excursions down the complex highways of language have me pausing and cocking my head to listen, as if I’m checking the road is clear before she crosses.

Sometimes she crosses anyway – like the other day when she informed my Christian mother that “holy” is a good word, but that “holy shit” isn’t.

Hmmm. I imagine Jesus would agree.

But, whatever moral or linguistic advice she offers, Talanoa is often prompting me, now a 35-year-old, to think a good deal more about language.

At her puna recently we had a bilingualism workshop where we touched on a common question for Maori parents: Should we continue full immersion education with our kids once they’re school age?

Naturally, some mums and dads worry that, if they give their kids an education exclusively in reo Maori, their reo Pakeha will not be up to scratch. And then how will they fare in the world?

I was fascinated, and heartened too, to hear that it’s not a problem at all. We learned that children at a full immersion unit in Auckland were outclassing their mainstream school-mates in English literacy tests. Sometimes, they were three years ahead of others in their age group.

How come? Well, essentially the more languages we learn, the better we become at learning languages. We’re able to transfer our learning in one language to another language. Our brains are just built that way.

There was another particularly encouraging piece of information from the workshop. It’s that bilingualism isn’t a rarity. It’s almost the norm world-wide. In fact, it’s estimated that 70 percent of people throughout the world grow up speaking at least two languages.

Imagine what a difference that would make in Aotearoa, if that was the routine here.

Although I’m stilI learning the tricks of the bilingualism trade, I think of myself as a language person. I took Latin and French at school, did Maori by correspondence, and then picked up Spanish very quickly when I studied at an international school as a 16-year-old.

That head-start in other languages has added hugely to my skill, as an actor, in playing other people. It helps me to pick up accents, and helps me understand how other people think.

Language is such a pure reflection of a people’s culture and values and how they see themselves in the world. Language also helps me to find an attitude. For instance, I remember auditioning for Toi Whakaari NZ Drama School at the age of 19. Rachel House, an actor and director, was on the panel.

I’d just done a monologue for them – and Rachel asked me if I could perform it again, but in Spanish. I’m still surprised at how much my character changed when my brain switched to Spanish. That was the moment, I reckon, when my fate was sealed and I made it into the acting business… and the moment that prompted me to bail out of studying linguistics, which had been my back-up plan.

Not long ago, there was that incident in Whangarei where a young woman was asked not to greet customers with “Kia Ora”. When she challenged this request, her boss’s response was: “This is an English speaking country”.

That prompted kura kaupapa students, coming from all over, to haka in protest outside the shop – and to support the right to speak te reo Maori freely – which seems to me to be a perfectly reasonable stance. I can’t understand why some New Zealanders see speaking Maori as a threat.

Anne Salmond, who has written so well about much of Pakeha/Maori history, is spot on, I believe, when she touches on language learning. She says children who speak both Maori and English have “access to the great traditions of the world”. So why wouldn’t we want our children to be bilingual, and able to see the world around them from different perspectives by virtue of the languages they speak?

My experience of learning te reo Maori has been, I’m sad to say, a meandering journey. In fact, most of the Maori I know I’ve learnt from scripts. For instance, I can reel off a whole list of different kinds of pounamu because I once played a pounamu researcher in a play. Another role has me still capable of singing a waiata to lament the death of a close cousin. Also, I can address the Gods and reveal secrets, all in te reo.

I sometimes joke that I’ve come to know Maori the way other people have learned Shakespeare – in little rhyming couplets picked up from a whole series of roles over the past 12 years.

I know, however, that the time is rapidly approaching where Talanoa will need more from her mum than the limited reo that I have in my grasp at the moment. That means I need to make my own commitment to speaking the language.

To me, more than any other language I have tackled, learning Maori feels like a big job, something I can do only if I clear the decks and put everything else aside. Maybe this is what’s stopping me. Talanoa takes in new words in multiple languages every hour it seems, and doesn’t need to stop playing and singing and dancing to do so.

Is it time I stopped waiting for a similar freedom… for perfect conditions… and just jumped in?