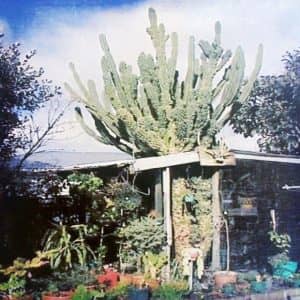 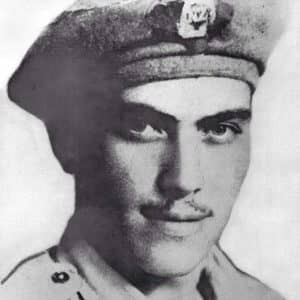 My grandad grew bananas. I never got to eat one — the garden was off-limits to us kids. But the palms of that exotic tree swayed gently in the breeze above the garden walls, tempting us with its forbidden treats. A cousin bragged once that he’d snuck into the garden when no one was looking, and got away with a banana. A whole banana! It was green, and made him sick, and when Grandad found out, he got a boot up the backside.

Growing bananas as far south of the equator as Auckland is no mean feat. But, if anyone was up for it, it was Hughie Douglas. He was born in 1928 (Ngāti Raukawa, Te Arawa and Ngāti Tangata), and grew up in Opoutere. He was the pōtiki, the youngest of the whānau, and the only son.

On the 28th Māori Battalion website, where Grandad’s service in the J Force is documented, his occupation is listed simply as “farmer”. It seems such an inadequate word to describe the talent that lay within him.

In those days, everybody lived off the land. Potatoes, marrow, pumpkin, silverbeet, rhubarb — all of it came from your own garden. But, for Grandad, turning the soil and knowing how to read the seasons wasn’t just about sustaining life. It was about nurturing the beauty of nature for its own sake. He loved flowers. The more colourful and unusual the better. And cactus. He cultivated more varieties of cactus in his lifetime than you’d find in an encyclopedia.

Grandad inherited the green eyes of his Scottish grandfather. They were like a magnet, those eyes, but there was only one girl for him. That was Iritana Kairau, my nan. She was one of 14 children from Dargaville, of Ngāpuhi and Ngāti Hine whakapapa. They met at a dance in Mangakino after the war. When she smiled, she lit up the whole room. 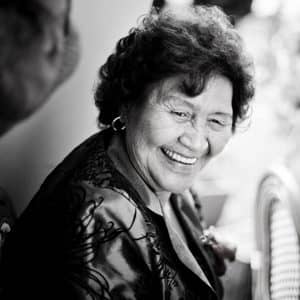 To anyone else, Edie, as she was known, might have seemed shy. But like so many women of that era, her quiet exterior hid a well of internal strength and fortitude. They had 10 children and settled in Opoutere until, in 1965, they rode the urban wave to the big smoke in search of work. They pitched up at 66 Kelvin Road, Papakura.

That peach-coloured house with the net curtains and neatly trimmed front lawn formed the backdrop of my childhood. My dad and I would visit on Sunday afternoons, pulling into the driveway lined with rows upon rows of potted cactus.

Grandad spent his weekends tinkering in the shed. Waste not want not was the mantra back then. Anything that was broken was carefully repaired or, if it couldn’t be mended, it was put to another use. Old washing machine wringers were turned into goldfish ponds, a plank of wood became a seat for a swing, worn-out tyres became nurseries for seedlings in Grandad’s own Garden of Eden.

For every fruit and flower that was off-limits, there were just as many we were welcome to pick. The raspberries that grew along the fence were fair game. Loquats and grapes and strawberries, too. Sometimes, during a fruit hunt, you might find an orphaned toy hanging from a prickly cactus — a silent reminder not to leave your toys lying around. He had a sense of humour, Grandad. And he always carried a pair of tweezers in his pocket; his huge hands ready to pull prickles from small fingers and toes.

If Grandad was in the shed, then you could bet your bottom dollar you’d find Nan in the kitchen. The smell of Māori bread wafting on the breeze was like a spell. I’d kick off my shoes at the door and take up a place at the red formica table. Grandad’s garden was a place of intrigue and adventure, but Nan’s kitchen was a haven, safe from pesky boy cousins and their spitball slingshots.

She kept the house spic and span, not an ornament or doily out of place. Photos of the moko lined the walls, growing more numerous with each passing year. Nan would put the jug on and bring out the bikkies. She worked on the belt at Cadbury’s, so there was always a bag of melted-together seconds stashed high in the cupboard.

I spent so many afternoons at that house it’s difficult to distinguish one memory from another. Yet, everything changed the summer I turned 14. Out of the blue, the visits to Nan and Grandad stopped. You see, they weren’t my biological grandparents. They were my step-grandparents. I’d been raised by my stepfather from the age of three, and I thought that everything that was his, also belonged to me. His nieces and nephews were my cousins. His sisters and brothers were my aunties and uncles. No one told me any different.

But when my mother and stepfather parted ways, our lives were unmade, and then remade again in a different form. Fractures appeared in the landscape that I couldn’t easily traverse. Like many children from broken homes, I began to sense that not all people are necessarily constant, and that some relationships are finite.

It’s hard to hold on to someone who wants to go, and often, for a child of divorce, letting go of one parent means losing a whole whānau.

Many years later, in 2002, Grandad passed away. I was 23 at the time, living overseas and busy with the business of my own life. I thought of him, but I didn’t go to his tangi. So much time had passed, I didn’t feel as though I had any right to be there. I hadn’t seen my stepfather or any of the whānau in more than a decade, and my sense of belonging had wilted. I put the memories of 66 Kelvin Road out of my mind, and carried on.

Then, late last year, Nan passed away. She was 85. A few days before she died, one of my cousins shared a photo of her surrounded by her moko. Even though she was weak and frail, I could see the residue of a lifetime’s smiles etched into her cheeks. I was immediately transported back to that peach-coloured house on Kelvin Road.

This time, when I wondered whether I should go to the tangi, there was no doubt in my mind. I’d matured enough to know that my being there wasn’t actually about me. It was about showing my gratitude and affection to a whānau that had, for a time, helped to raise me. 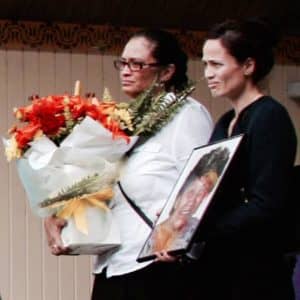 In Māori, we refer to this relationship as whāngai, the raising of a child by whānau other than their biological parents. The word doesn’t have any qualifications or limitations attached to it. Whāngai simply means to nurture. Too often, in English, words have prefixes that qualify the status of relationships, or rank the value of people in relation to a whole. “Half-siblings”, “stepfather”, “part-Māori”, “half-caste”.

As I sat by Nan’s side, reminiscing with cousins and aunties, I began to think how words like this have drawn invisible boundaries around me my whole life. They imply that belonging is somehow conditional, potentially temporary. But people cannot be divided into halves, or parts, or steps. We are just whānau — and that doesn’t end when circumstances change.

I realised this on the final day of Nan’s tangi, when I took my place inside the wharenui. As the procession of moko following Nan’s casket made its way towards the door, one of my aunties saw me sitting with the manuhuri and pulled me up to join my cousins. “You should be up here,” she said, almost scolding me. She handed me a beautiful, smiling photo of Nan to carry. “You’re whānau.”

After Grandad passed away and the house in Kelvin Road was sold, his cacti were scattered to the four winds with his moko. When I was writing this story, I asked my cousins to share their memories of Kelvin Road. Among the many colourful stories that emerged, people also sent pictures of Grandad’s beloved cacti, still growing strong in their own back gardens. He mihi aroha tēnei ki a koutou, e te whānau, kāore i ārikarika ngā kupu whakamānawa ki a koutou, nā koutou anō i noho hai taituara mōku, nā koutou anō i poipoi i a ahau, nei rā te mihi maioha ki a koutou.