The down-side of rejecting your roots 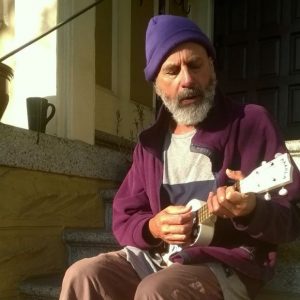 An Irish-Maori Kiwi writer, Piripi Whaanga, has come across an Irish-American with a puzzling, and negative attitude to his Irish heritage. And that raises the question of how we should deal with the calls from within us when we have dual or multiple whakapapa.

When he is an American.

That’s the “ting”. Or at least that’s what we got from a San Francisco home-stay host. He was a global traveller and was savvy with what tourists wanted. He also knew about Kiwis, because he’d worked as a cycling tour guide in the South Island.

He told my wife and me that he was tired of Irish people banging on about home in Ireland when they should get on with becoming Americans. As he was our host (and a very Irish-sounding host), we responded cautiously. We didn’t want to offend.

We’d been talking about how long he’d been in the States and how he felt about the place. He said he grew up in Ireland, left there more than ten years ago with an engineering degree, and then became a systems trouble-shooter in the IT industry.

That Irish “ting” sounded to me like wanting to fit in with what Americans expected.  Perhaps that’s natural for all immigrants. They don’t want to stick out. But does the price of admission have to be a denial of heritage?

Our host said he found life back home in Ireland too much like living in a fish bowl, especially with the intolerance of Catholicism. But he’d now reconciled with his parents who came over from Ireland to meet his fiancée, a Texan.

Then he told a story about taking his Dad to an Irish pub in San Francisco for Saint Patrick’s Day. There was a man who was staring across the bar at them and who finally came over and asked his father’s name. It turned out that this man was the priest who had married him and his wife many years ago back in Ireland. Apparently, he was visiting a fellow priest in San Francisco and had just happened to drop into that bar.

The story had me wondering about the irony. Denying Irishness on the one hand – and enjoying an ultra-Irish setting on the other. The fact is that Irish pubs are a phenomenon all over the world and are as much about Irish roots as the love of beer. So did my host’s Irish pub attendance help or hinder his becoming a good American?

His put-downs of Irishness stirred something in me. Usually, it’s the Maori side of me that takes the underdog’s part in reacting to unfair treatment of people. But here it was my Mum’s Irish bones that rattled in defence. But in defence of what? Perhaps that a mother tongue and the stories it told might be silenced by prejudice, even if self-inflicted. It reminded me of my Maori Dad’s generation who chose not to teach reo Maori to us children because of their bad experiences at school.

I’m just finishing writing a book about Dad and how that shaped my growing up in Aotearoa. Maori culture and its slow crawl from the margins of life since the 1950s dominate my story. But there is also Mum’s support of Dad and his night classes teaching Maori language and culture to adult students. Probably this was because of her Irish streak and centuries of English colonial dominance. But it was expressed in a New Zealand context, in particular the exclusion by the Pakeha majority culture of “tings” Maori.

Her Irishness never seemed to be in question. I remember my childhood being surrounded by Irish priests and nuns at school and parish. There was no way out. Mum’s mother, widowed at 50, was the matriarch of the O’Gorman and McCann clans. She lived round the corner in Tocker St, Taita, with two of her adult children. Down the road were Uncle Jack and a clan of cousins. And, across town, many more. My Nana presided over the Irish heart even to her last days when Dad and Mum’s youngest sibling took her in. She was 103 when she died.

In recent years, several of my aunties and uncles, the Irish pou or pillars of my childhood, have died. And, at the tangi, us Maori cousins mingled our tears with the Pakeha Irish tribe, joined by blood and New Zealand Irishness.

To me, an Irish identity means church and family. That’s not necessarily Catholic or even church attending in our cousin clan. But it does mean a practising tikanga as in how an Irish understanding of religion has shaped our adult views of getting on with fellow Kiwis.

So I asked my American Irish host what he was going to teach his children, if he had some, about being Irish. He said, if they asked, he’d tell them. It didn’t sound to me as if he’d thought it through. And his fiancée queried that too.

My Dad didn’t take that approach. Instead of teaching us by using words at home, as I’m doing with my mokopuna, Dad formed a Maori culture club. He set it up to provide an enjoyable modern context for his language students. I’m proof that it worked. I may not have native speaker proficiency but I do have confidence in standing in both Maori and Pakeha Irish worlds.

I wish that for my Irish American. And his children.