Nadine Millar: I’m lucky I can walk in two worlds 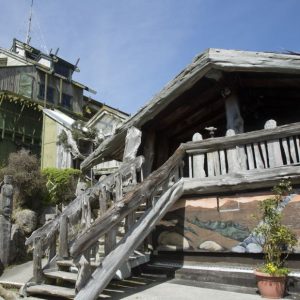 There’s a saying, a whakataukī, that reminds us that the kūmara doesn’t speak of its own sweetness. My Nanama was big on that. Waiho mā te tangata e mihi: leave it to others to sing your praises. In te ao Māori, being full of yourself isn’t cool.

Trouble is, most of the time, we’re living in a world dominated by Pākehā norms. The idea that humility is a virtue is valid — but only to a point. If you don’t put your hand up, chances are, you’ll miss out. Never is that more evident than when you sit down to write your CV. If you’re not talking about your own sweetness when you apply for a job, people will think you’re a potato.

It’s not something that comes easily to a lot of us. It took me three years to write my Twitter blurb — and it only has four words in it. That’s why, when I was asked to submit a short bio about myself for a writers’ conference in Auckland last week, I groaned. The organisers of the Michael King Writers’ Centre were compiling a welcome pack for all the participants, and wanted to include an introduction about each of us so we could get to know one another — a perfectly courteous and practical thing to do. In a Pākehā context.

Things look a little different through Māori eyes. Just the week before, I’d been at the National Māori Writers’ Hui in Wellington. It was a strange coincidence that two New Zealand writing conferences should fall on consecutive weekends, yet for all their similarities, they may as well have taken place in different countries.

Where the Michael King Writers’ Centre offered introductory bios on arrival, participants at the Māori Writers’ hui got to know each other by pressing noses and slapping backs in the carpark outside Tapu Te Ranga marae in Island Bay. I didn’t know anyone at either conference, but there’s something about huddling around in a group waiting for a pōwhiri to begin that gets people talking. We introduced ourselves, a ritual which primarily involved asking each other where we’re from. An envelope was passed around discreetly and people tucked their koha inside. The 4pm start time stretched out to 5pm as we waited for every last person to arrive.

In Auckland, at the Vaughan Park Retreat in Long Bay, the conference kicked off on schedule following a cup of tea and a natter. Participants were then seated at one of the desks, which were arranged facing the front of the room. The programme was jam-packed with some of New Zealand’s most renowned authors, poets, and publishers of every genre. In three hours I’d already heard from six speakers.

A week earlier, at the Māori writers’ hui, the timing of things observed its own mysterious tikanga. My in-laws were in town and I’d promised to be home for dinner. Rookie mistake: never assume you can predict when a Māori hui will be done. After the speeches, there was singing. After the singing, there was kai. After the kai, there was a keynote address. After that, we pulled our chairs into a circle, and you know what chairs arranged in a circle means. I glanced at my watch and did the math. It was 9.30pm and there were probably 40 of us in the room. If we each spoke for 10 minutes, a conservative estimate, I predicted I’d make it to bed just on midnight.

Giving everyone the opportunity to speak might take all night, and it did, but it is one of the most beautiful, rewarding things about participating in Māori culture. In te ao Pākehā, it’s often referred to as an ice-breaker exercise — and I know plenty of people groan about that the same way I groaned about writing my own bio. I get it. An impromptu speech in front of a room full of strangers sounds way more daunting than writing three lines for a pamphlet. Yet for some reason, when you do it, it just feels right.

That’s because whakawhanaungatanga is about building relationships. It’s about saying this is who I am. This is my whakapapa. My waka, my maunga, my awa, my marae. In these moments, when a person stands to speak, the things they don’t say about themselves are as revealing as the things they do. Rather than erecting walls and drawing boundaries, speaking without a script brings our guard down and allows people to see us as we really are.

I was explaining this to a fellow participant at the Michael King Writers’ workshop and she was genuinely intrigued — but troubled by the prospect that if you gave everyone a chance to speak, they might not stop. “Venues are usually hired by the hour,” she said, looking worried. “It could get expensive.”

The question of whether something is expensive depends on the value you place on it. In te ao Pākehā, time is very highly valued. We don’t like to keep people waiting. We start things as close to on-time as possible, and we recognise that invited speakers are important and may have other places to be. It’s about respect.

Of course, anyone who’s ever spent any time on a marae will tell you that there are plenty of effective ways of ensuring protocols are observed. I remember a kuia at a tangi once standing up to sing in the middle of a young man’s speech, thus signalling the end of his whaikōrero. Likewise, if you sit your bum on a table, or any place where food is prepared or eaten, you can expect to be informed, gently or otherwise, that tables are not for sitting on.

Both venues were spectacular in their own way. Vaughan Park is a place for relaxation and reflection. The conference centre sits atop a grassy knoll overlooking Te Oneroa o Kahu. Jagged cliffs enclose the beach like bookends. Pohutukawa, just weeks away from bloom, frame the shoreline. The tide came and went, winking at me through the plate glass windows, making me think of the words Tāmaki-makau-rau, Tāmaki of a hundred lovers.

When I told people where the Māori writers’ hui was, they smiled and said I was in for a treat. It wasn’t until I saw the nine-storey Swiss-Family-Robinson-esque building for myself that I understood why. Tapu Te Ranga is a place that conjures the kinds of clichéd adjectives we were repeatedly encouraged to avoid in our writing. Words like “mythical” and “legendary” and “majestic”. It’s a ship floating on a green sea, a maze of staircases connecting far-flung rooms, and a fireplace at the centre transferring heat around the whare like a beating heart. A sign over the top of the door says: Hippies use back door. It is the strangest sensation to feel as though you’re coming home to a place you’ve never set foot in before.

The big difference between Tapu Te Ranga and Vaughan Park is that Tapu Te Ranga’s future is uncertain. In August last year, fire and earthquake compliance issues forced the whānau to close parts of the building. To know what a loss Tapu Te Ranga would be to the community, you have to know its history. It was built in the 1970s by whānau, homeless youth and gang members, and iwi from all over the motu. It is the vision and life’s work of Bruce Hirini Stewart. His dream was to create an urban refuge for people from all walks of life, a sanctuary for birdlife, and a nursery for native trees.

It made me think about the value of things, versus the cost of things. I was lucky enough to attend both hui, and they were equally valuable. But the Māori writers’ hui cost a fraction of the Auckland workshop. Perhaps if Tapu Te Ranga charged more for the use of their whare, the future of the marae wouldn’t hang in the balance of a givealittle campaign.

At the end of both weekends I felt a huge amount of gratitude. I’d met so many of my literary heroes I almost lost count. I’d eaten well, slept blissfully, and been thoroughly taken care of in two beautiful locations. At the end of the Auckland workshop, we gave thanks in the usual Pākehā way — a closing address and a hearty round of applause.

Before we departed Tapu Te Ranga, we shared one last meal together. While we ate, people stood to mihi to our hosts and the hardworking ringawera in the kitchen. Others stood to mihi to the organisers and speakers. Someone read a poem. A friend sang a waiata so beautiful even the birds stopped to listen. That’s because, in te ao Māori, a song is a gift.

It’s not that one culture is better than another. But Pākehā norms and values are so dominant in New Zealand, they’re invisible to a lot of people. Pākehā often think certain ways of doing things are normal, when in fact they’re following customs and rituals that are based on a set of values that may be entirely foreign to others.

Māori are pretty good at moving in a Pākehā world, mainly because most of the time we don’t have any choice. Pākehā culture is everywhere.

I’m lucky that I can move in both worlds. It makes my life richer, more challenging, and more interesting. My “first” culture, like my first language, is Pākehā. But that doesn’t mean Pākehā culture and values always make sense to me.

Te ao Māori, on the other hand, is a little bit like Tapu Te Ranga marae — a place I didn’t grow up in, but immediately feels like home.

The "Writing New Zealand" Workshop was organised by the Michael King Writers' Centre.