A Taniwha by the Tail 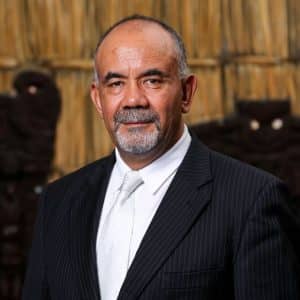 I heard the news yesterday and my heart gave a leap. In fact, I think it must have levitated a bit, ‘cos it hasn’t settled in my chest just yet. The Minister for Māori Development, Te Ururoa Flavell, has announced that the current Māori language Bill will be enacted in both Māori and English.

So … why does enacting the Māori Language Bill in Māori matter? Isn’t this just a pro-forma kind of thing? Doesn’t it just add yet another layer of bureaucracy to a baseline of bureaucracy?

After all, the Bill will still be enacted in English. The right to speak Māori in Court won’t change — we’ve had that since 1987. Big woop, right? And we have been down this legislative track already, haven’t we? The Mokomoko (Restoration of Character, Mana, and Reputation) Act 2013 was enacted in both languages, after all.

The preamble in Te Ture Whenua Māori/Māori Land Act 1993 is bilingual —and a whole bunch of Treaty settlements have Māori language provisions in them. So why get so excited about this one Act?

I can think of a couple of reasons.

For one thing, te reo Māori is affirmed again as a serious matter of law in our Parliament. This has not always been evident.

Actually, the recent re-showing of the Operation 8 raids documentary, The Price of Peace, reminded me how the Māori language is generally viewed in the context of Western law just as a joke.

Scoop summed up how te reo Māori provided rare moments of levity during some very boring proceedings in the Operation 8 trials:

The judge wanted to skip reading out the charges, but the defence lawyers insisted on it. The registrar began reading the charges against Emily Bailey. All the charges are joint charges, and the name of each of the co-accused is read out with each charge. This gave the registrar an opportunity to show off that he really can’t pronounce Maori names (which is understandable, because Maori people rarely come before the Auckland district court) [….]

During the break they’d found a Maori woman registrar to take over from the white man, so there was no amusement to be found from the mangling of the names. In fact, there was no amusement at all. Just endless exhausting reading of charges. In two hours the court got through seven people’s charges. The endless drone would be a good cure for insomnia, and several people fell asleep, but wasn’t particularly enlightening.

The highlight of this was Annette [Sykes] insisting that Tame’s charges be read in Maori. It was no more interesting than them being read in English, but clearly pissed off the judge and police. We must take our pleasure where we find it in the process of being bored to death.

As much as this piece made me chuckle, there is a subtext here. Māori is not really a language we should expect to hear in Court, other than in the names of defendants. Te reo Māori is a delaying tactic, a cheap ruse to frustrate the officers of justice.

But Te Ururoa’s announcement is not a joke.

That’s the second thing. This Bill will, once enacted, be different. There is every chance that cases will be decided under the Māori version of the Act. There were several cases decided under the 1987 Act which this Bill will replace. There is every possibility that judges will need to wrestle with the Māori meanings of words and interpret them in a way that reflects the will of Parliament … just like they have to do for the other thousand-or-so English language statutes.

Here there are taniwha, of course. Courts are not well equipped for Māori language interpretation issues, as there are few judges conversant in te reo.

And there is little that is really settled about the process of interpretation for a Māori language statute. That is going to have to change. (If you would like to read and learn more on this, have a look at this fantastic LLM thesis by Tai Ahu).

So Te Ururoa’s announcement matters. This development marks the re-emergence of te reo Māori as a normal language of Western law in New Zealand. It used to be thus. Hundreds of land deeds, the Treaty of Waitangi, and numerous contracts were all examples of legal documents that would be routinely drafted in Māori and English, or just in Māori and then translated into English.

Government policies wavered and varied over the course of the 19th century, but enabled the generation of thousands of pages of official Māori language law and policy documentation. And Māori could create legal effect.

Such policies died early in the 20th century, and, in reality, Māori ceased to be a practicable language of legal enactment well before that. Of course, Māori as a language of Māori law is obviously pretty damn extant, thank you very much.

The potential of Māori to be a language of Western law has never died, as anyone who has ever (showing my age here) written a cheque in te reo knows.

But, in reality, Māori has been reduced to a language of describing Western law, of commenting on it, of protesting about it, of expressing suffering under it. In our lifetimes, however, Māori has only rarely been a language of making law, within our general legal system.

Any language has the capacity to be a fully functional legal language in the legal system of any country. Māori lost that status a long time ago in New Zealand.

So that simple announcement by Te Ururoa means something tectonic to me. Something, I think, has shifted and can’t be put back exactly where it used to be. Nor should it be.