Quick to make a mark 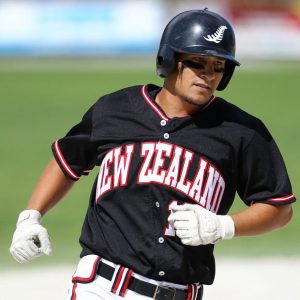 Twenty five years ago, when Nathan Nukunuku made the Auckland under-14 softball team, he was easily the youngest in the squad. Staying with his teammates in a motel for the first time was a big deal.

A bunch of the boys had gathered in one room and Nathan was asked to flick the jug on. He was straight on to the job.

A short time later, there was a massive bang from the kitchen. The kids rushed over to inspect and, through the smoke, spotted a smouldering jug. It hadn’t seen a drop of water.

All eyes turned to the culprit. To Nathan. And the put-down came.

On reflection, Nathan Nukunuku making rep softball teams before he could make a cup of tea shouldn’t be a big surprise. He was born, in 1980, into a Hawke’s Bay family who’ve had a major influence on softball in New Zealand.

His mum, Christine, can lay claim to setting all that in motion. She was a softball scorer in her hometown of Waipukurau. And when Nathan’s dad, Walter, came on the scene — after the pair met working at a shoe factory — he decided it was in his best interests to get up-to-speed with the game too.

Walter, who was from Tikitiki on the East Coast, didn’t like doing things by halves. So he schooled himself up on softball’s rules, and later, when the couple’s first child, Dion, came along, ripped into coaching. He also tried a number of novel approaches to sharpen Dion’s hand-eye coordination.

“People used to laugh at them,” says Nathan. “But Dad was definitely ahead of his time — and he trained all of us.”

Walter, who died last year, and Christine had four kids.

Dion (now 44) played for the Black Sox for more than 16 years, won three world titles and is considered one of the finest infielders to have ever graced a diamond.

Teena (42) played for Hawke’s Bay and Auckland and has since been a key driver of technology in the sport.

Israel (39) is now in charge of the Netherlands national softball team. He’s coached Denmark and been an assistant with the New Zealand women’s side, too.

Then, five years after Israel was born, Nathan swung into the family sporting slipstream. He became very good, very quickly.

At international level, Nathan has mostly played shortstop or second base. But as a youngster, he pitched, because he was the first of his age group to get that action under control. Then, once other kids had tuned their pitching radars, he shifted to catching, which is the next big challenge for little guys.

When Nathan was seven, the family moved from Flaxmere to Ōtara, in South Auckland. Walter was a Whakatu freezing worker, but when that operation shut down the family headed north.

By the time Nathan hit high school, his reputation as a sportsman was growing strong. He was almost as good at rugby as softball, and he was a handy student, too. Scholarship offers came from some of the big schools, including Auckland Grammar. He turned them down to stay closer to home and go to Papatoetoe High, which had the trump cards of mates and girls. He made the 1st XV in the third form as a halfback.

But by the fifth form, things had changed. Some softball buddies were at St Peter’s, the school had a good 1st XV, and he liked a girl who lived in that direction. So he made the move to the “really flash” school, after clarifying that he wasn’t Catholic — and was unlikely to be any time soon.

While still at school, Nathan was selected for the Black Sox. Much to Dion’s disappointment, though, he chose not to play. That was a big call, but one Nathan felt he owed his school. He was the first sports scholarship recipient in St Peter’s history, and leaving the 1st XV in the lurch to play softball outside the school, even if it was for his country, didn’t feel right. That was especially so after he’d missed a big chunk of the rugby season because of national age-group softball commitments.

Once clear of rugby, though, Nathan joined Dion in the Black Sox for a tour to Japan. The following year, the brothers were in the squad when New Zealand won the world title in South Africa.

Another in that winning team was Mark Sorenson, who is reverentially referred to as ‘Mr Softball’. He could see Nathan was something special straight away.

“He had this sparkle in his eyes and he wanted to test the boundaries,” says Mark. “He had a huge amount of skill and he’d been around the ballpark since he was a kid.”

All that time invested in softball, and neglecting tea-making duties, was really starting to pay off for Nathan. At shortstop, his reflexes and decision making were lightning. So was his running between bases.

For a smaller guy — he’s 1.74m and 74kg — he could generate a heap of power with the bat. Often shortstops aren’t strong batters and are carried within the team. Not Nathan, though, who regularly led the batting.

Being left-handed, he was also a great option for bunting or ‘slapping’ the ball and getting to first base. Lefties start closer to the finish line in that race.

For over a decade, Nathan showcased his skills for the Black Sox, for Auckland, and for the club sides Marist, Metro and Ramblers. He got to see the world, playing across Canada and the USA, and in Mexico, Denmark, Italy, South Africa and Botswana too.

But in 2013, he was shaken up when he missed selection for the Black Sox leading into the World Champs in Auckland. He wasn’t expecting that and admits it cut deep.

“My pride was dented a lot,” he says. “I thought the selectors should have given me a heads-up. I thought I deserved that.”

The day after finding out, he broke down in tears at his sister Teena’s house. The fact his wedding to Katrina was a week later, and a number of the Black Sox were coming, added to the heightened emotions.

But a quiet word from his dad helped channel his anger. There was still time to show the selectors what they were missing.

The Black Sox were using a couple of local tournaments to build up for the Worlds and Nathan’s first opportunity came when he was called into an All Stars team to face them. When there was a collision between him and one of the guys filling his spot, Tyson Byrne, tensions quickly escalated.

“I didn’t take out Tyson,” says Nathan. “But I went straight through his legs real hard to make base and he fell over me.

“Tyson was trying to tell everyone that I hadn’t hit him. But it looked to everyone as if I had. And they all knew the situation …”

Then, in the second tournament, Nathan’s club side, Ramblers, met the Black Sox twice, including in the plate final. This was the national team’s last outing before the Worlds and they hadn’t been firing, as they struggled to digest a heavy diet of training. Nathan was firing on all cylinders, though. And he and his Ramblers mates felt the Black Sox needed a wake-up.

“So we started the game with a haka,” he says. And he smiles at the memory. “They returned serve.”

Ramblers won the match, but there was more drama during the game when Rhys Casley, the Black Sox captain, was forced into a long throw that aggravated a shoulder injury.

After the game, Nathan sat in the dugout satisfied that he’d done everything he could to push his case. Then he noticed a group talking out on the pitch. Eddie Kohlhase, the Black Sox coach, was there, and so was Rhys, who soon walked away upset. The shoulder clearly wasn’t right.

“Ed came over,” says Nathan, “and told me he wanted me to join the team for the World Series.”

The first person Nathan told at the ground was Teena. And, just like at her house, they hugged and cried — though this time the tears were coming from a different place.

“Then I brought the Ramblers boys in and told them,” says Nathan. “They were pumped. They knew what they’d done for me.”

Sport can sometimes deliver storylines to top soap operas. Over the coming weeks, Rhys’s shoulder recovered to the point where he could bat, even if he couldn’t really throw. He was called back into the team as a designated hitter. Nathan stayed there too.

But that meant one player had to drop out, and Jerome Haretuku received the unwelcome news.

With the World Series final against Venezuela tied at 1-1, Rhys hit a three-run homer to steer his country to the title.

Then, following the World Champs, Mark Sorenson took over as coach of the Black Sox and he made Nathan his captain.

“Nathan’s a fierce competitor and that’s certainly what you want to see in a leader,” says Mark. “He’s been a leader within the group from a young age, anyway, because he had that X-factor.

“And Nathan won’t let things go that he knows should be right. He’s not afraid to speak up.”

Nathan reckons he had no problem being the bad cop when he was just a senior player because the captain could come through afterwards and smooth things over. It’s his job to be the smooth guy now though, but he sees a calmer version of himself emerging. Perhaps even the kind of guy who, when it’s time for a cuppa, would be calm enough to fill the jug before he flicks it on.

Trevor Shailer: Our Rio team — and our Māori dimension 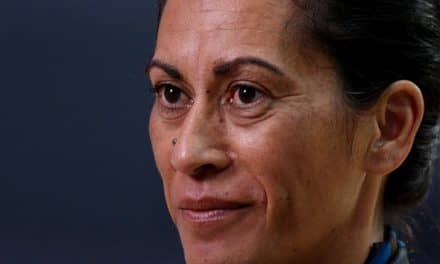 Noeline Taurua: ‘Why am I doing this?’