Let’s not leave politics to the politicians 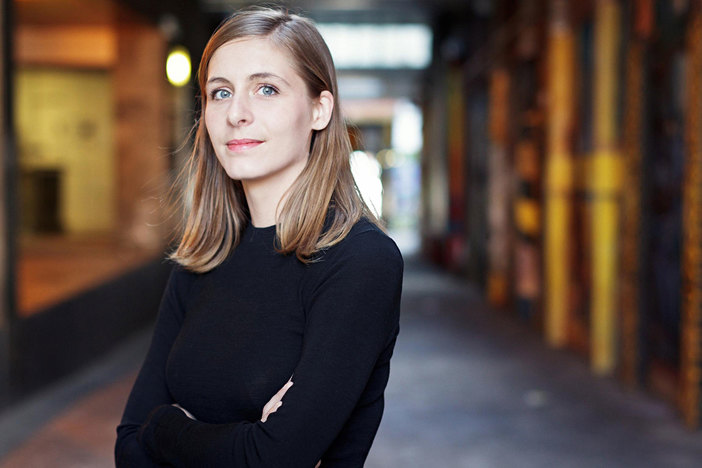 Eleanor Catton copped a lot of flak for her comments last month. There were plenty who challenged her criticisms of John Key – and dismissed her complaints about the tall poppy syndrome in New Zealand. When each sentence and every word is dissected with as much gusto as an All Black tucking into a roast chook, you have to be a tough cookie to pop your head up above the parapet.

What I found most interesting weren’t the arguments for and against her point of view. It was the problem some people have with anyone but a politician having a political opinion. I’m talking about those who slapped her down for ‘being political’ when she’s only a novelist. Award winning, yeah. But just a writer.

“I thought she was an artist, but quickly learning her true desire is in politics, wolf in sheep’s clothing,” said one of my Facebook friends.

“It’s just a bit sad really that she’s mixing politics with some of the other things that she’s better-known for,” John Key told TV3 News.

“Leave politics to the politicians,” declared Sean Plunket on his Radio Live show.

In other words, stick to your day job. Artists are out of line and out of their depth making political commentary. Something about the affair reminded me of another writer – a Maori novelist who became a newspaper columnist too.

Once Were Warriors was a captivating read. I remember exactly where I was when I devoured it in one long, unbroken power read.

Then Alan Duff opened his mouth. There’s nothing like a high profile Maori sticking it to other Maori to get the Herne Bay cocktail set chattering. And here we had this high profile, highly opinionated columnist and commentator laying most of the ills of Maoridom at the feet of Maoridom. Our fate had nothing to do with history, colonisation, loss of land, the breakdown of traditional society, or institutional and structural racism. It was no one else’s fault but our own. Maori leaders and elders are particularly to blame.

The mainstream media were all over this new and reassuring voice. He was the go-to Maori of the day. Rednecks loved him. The rest of us were struggling to get air-time to counter the fall-out. Anyone with half a brain could poke holes in his argument. Some of us did. We were dismissed as ‘obviously media-trained’ or ‘commies’.

The thing is I can’t remember anyone criticising the man for exceeding his brief as an artist. Every Maori I knew back then wished he would shut up, but not because he was ‘only a writer’.

Why shouldn’t he express an opinion? Nothing he said ever changed mine. I would listen to his commentary, examine my own beliefs and remain confident in my thinking.

You don’t need to be an artist or politician to think about some of these big-ticket items either. In fact, that’s why things have gone so wrong I reckon. That’s what we heard from Gareth Morgan in his opening salvo at the Orewa Rotary Club early this month. He’s made his name as an economist and philanthropist but here he was zeroing in on race relations in New Zealand.

“It’s easy to think the Treaty of Waitangi is something only lawyers need to think about”, he said. “But that’s a mistake. It relates to all of us and is always going to be part of our lives.”

He’s a man with strong opinions and was on a roll in the lead-up to Waitangi Day. Hanging out with the likes of Tipene O’Regan, Ranginui Walker, Leonie Pihama, Linda Smith and Michael Cullen will do that to you. Bet he had some very lively conversations.

Gareth insists that most New Zealanders are ignorant and would totally embrace the Treaty if they were only properly educated because New Zealanders are fair-minded. You have to love that positive attitude, particularly because lots of people got their knickers in a twist over the thought of a constitutional conversation full-stop.

Predictably, right-wing commentators and their following took issue with Gareth expressing his opinion.

O.K. I mean Sean Plunket and his listeners.

So opinions on politics only count if you are on the parliamentary payroll?

What happens if politicians’ opinions are totally whack? What if they’ve got their facts wrong and their subsequent opinions, based on ignorance, then feed and mislead the public?

After all, Don Brash was on the payroll in 2004. His infamous Orewa speech had far-reaching repercussions. Then again, that was the entire point. Listening to the Brash views on the Treaty is to understand (to quote Gareth Morgan) a spectacular “lack of enquiry” on his part.

Gareth went on to say that “his is not an uncommon situation for lay people, but rather lacking for a leader of a major political party.”

So what’s your opinion?

As a musician, my songwriting is informed by what’s happening in our communities, our nation. As a mother with a young child, a Maori, a woman – I use my particular art form to convey my fears, hopes and dreams, to share stories, to raise awareness and, hopefully, to make an emotional connection with our audience. I guess at the end of the day, I’m hankering for a bit of solidarity. Because there’s still hope when a whole bunch of us are on the same wavelength.

Like Eleanor Catton, and many other artists who take their work offshore, I am often invited by foreign journalists and reporters to express my opinions. I talk honestly about the pride and concern I have for my country. A lot of people overseas have an over-romantic view of New Zealand. They see us as the Club Med of the South Pacific. Call it my own personal anti-immigration policy, but I try to put them right. I think it’s my duty. Others say to me: “New Zealand is so beautiful. Our country sucks. I’m thinking of migrating. What advice can you give me?”

“Stay put,” is my reply. “Sort out your own country. Don’t abandon ship. Make a difference.”

Politics absolutely must not ever be left just to politicians. There are enough examples around the world for us to see quite clearly how dangerous that is. If ordinary people – writers, musicians, teachers, lawyers, factory workers, wharfies, students – don’t feel comfortable about expressing our opinions on politics, how do we keep our leaders honest?

After all, it’s public opinion that’s been putting the pressure on the National Government not to kowtow to Sky City demands for an extra hand out.

So let it out, I say. Accept that your opinion may be slapped down for being wrong and particularly for being right. Expect that it should be able to withstand scrutiny.

And remember, most politicians are like you and me. People who have been around, seen a bit. People with opinions who are now people in power. It’s up to you and me to hold our leaders to account. Yes, we do that every election day. But it’s a long time between drinks. Meanwhile our opinions count.