No shortcuts to the reo 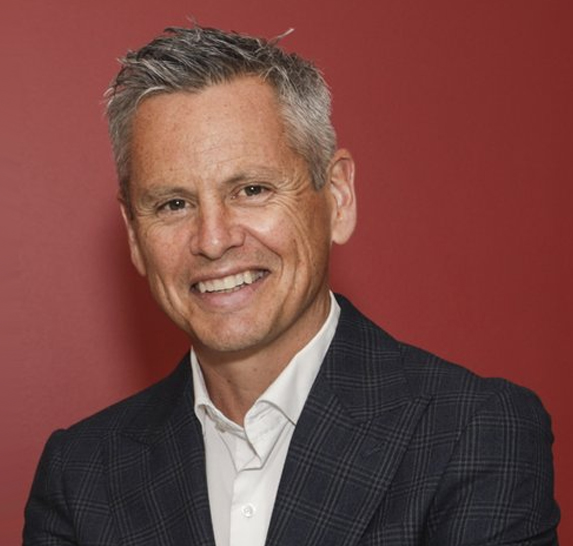 When Guyon Espiner was awarded one of the Tohu Kairangi/Special Commendations at this year’s Māori Language Awards he stepped up to the microphone and the crowd quietened in expectation. Although Guyon has become well-known for using te reo Māori in his role on Morning Report at RNZ, speaking live to hundreds of Māori language enthusiasts was another gig altogether.

Guyon acknowledged the Māori Language Commission, told them he was surprised he’d won, thanked RNZ and those who had helped him on his journey, and gave a touching tribute to his wife Emma — all in te reo Māori, off the cuff, and complete with kīwaha and whakataukī peppering his kōrero.

The crowd was well impressed, having heard that he started learning Māori less than two years ago. Held up as a reo champion, especially for Pākehā, Guyon’s story is inspiring, but his progress can also be a little intimidating.

How has he gone from zero to reo hero in a short time, while holding down a full-time job? What can others take from his learning journey? E-Tangata’s own reo champion Stacey Morrison asked Guyon to share with our readers — and luckily, he was too afraid to say no.

I’ve got a confession to make. I’m no natural when it comes to learning te reo Māori. I’m no quick study, either. I struggle.

This is good news and bad news, right?

The bad news is, there are no shortcuts — although I’ve picked up tips from the experts, which I’ll share later on.

The good news is, if you’re struggling too, there’s nothing wrong with you. When you catch someone on radio or TV using te reo Māori, it’s easy to think: Kātahi rā hoki! They’ve only been learning for a couple of years — how come it’s so hard for me?

The truth is, that for anyone learning as an adult, it’s hard. It’s hard for a whole lot of reasons, many of which you don’t need to hear from me. I’m Pākehā, just south of 50, with a good job, and a house in a good postcode.

So I’m not going to get into the barriers, like stress, resources, language trauma and the like. Not because they’re not real, but just because — he kūare nōku ki ēnei take — I have limited knowledge of these issues.

Hey, wait, you ask. Who are you to be giving any advice at all about learning te reo?

But I was asked to by someone I have immense respect for — and, also, I was too aftraid to turn her down. So you’ve been warned. If you want to stay with me for another five minutes or so, here are three questions I often hear and some answers I often think about.

Some of them may even be original.

I’m definitely going to learn this year. Night classes are the way to go, ay?

Yep. That’s what I’ve been doing for the last two years. There’s a catch, which I’ll get to soon, but first the good stuff.

At a night class, you’ll be forced to use the language in public from pepeha to mihi whakatau and everything in between. This is great practice for when you use it at work, the marae, school functions, or wherever you might be. Oh, and along the way you’ll learn waiata, karakia and tikanga, as well as finding friends for your reo journey.

The disappointment comes when the outcomes don’t meet the expectations. You meet people who say: “I’ve been doing night classes for four years. I know my pepeha and a few basics, but I struggle to put full sentences together.”

They’ll get frustrated and give up, only to come and repeat the experience.

And, hey, there’s no problem with that. People have their own reasons for learning. Ko koe e mōhio ana ki te mea tika hei mahi māu. You know what works best for you.

If you want to go further, I reckon you need to treat your night classes as the end point of your reo week. Many of these courses are three hours once a week. You need to have done your mahi during the week. I try for an hour a day. Your class is then a chance to kōrero with your classmates and your kaiako and reinforce the learning you’ve done on your own.

Would you expect to pick up any rich and complex skill — physical or mental — in just three hours a week? Probably not. Throw in a summer break and you could be back to square one by the pōwhiri for the next year’s intake.

I’m pretty stretched in terms of study time. What’s the best way to use it?

Of course, and hey, 30 minutes focused work a day would be fine. Mix it up. You might not like me for saying this, but some of that mix has to be wetereo. Grammar. Or at least structure. You’ve got to go over and over it. I know I have to. But that’s exciting. You find a sentence structure that works and you start to unlock ngā kōrero muna: the secret codes.

And, yes, that means books. The Māori Made Easy books by Scotty Morrison are excellent. I reckon if you knew everything in those two books you could call yourself fluent. I don’t, and I don’t. The series by the late John Moorfield, Te Kākano, is also good. Māori at Home by Scotty and Stacey Morrison is brilliant for ready-made phrases.

But not only books. I watch Ako online with Pānia Papa. It’s too hard for me — although it says it’s aimed at intermediate speakers, which is depressing. But it’s inspiring, good fun, and worth it just to listen to the superb Pānia.

You can squeeze it in during the day, too. I shouldn’t say this, but I often listen to Radio Wātea while driving, to see how much of the news bulletins I can understand.  In the afternoons, you can hear long conversations all in Māori. I miss half of what’s being said, but gradually it becomes clearer.

For me, te reo Māori is like an enormous painting, wrapped in a thick, dark covering. I’ve got a small, sharp knife and I’m scraping away at it. Slowly — and, yes, painfully at times — this beautiful artwork is coming into view.

When I first listened to Wātea or Ako or the whaikōrero at a hui, it was a blizzard of words and I couldn’t tell where one kupu started and the next one finished. Now at least, I can identify the words that I don’t know.

I’m whakamā. How do you get your confidence up?

Here’s the other big confession that I probably should have kept to myself. I’m not as good as I sound on the radio. And there are two big lessons in that. Normally, I’m using phrases that I’ve practised and used again and again. And I’m also using phrases that relate directly to what I do and that I have probably pinched and adapted from elsewhere.

So, you do it, too. Get a phrase from a book. Adapt it to something you’re likely to say in real life. And then use it again and again until you’ve got it.

People say: “Oh, but I’ve got no one to speak Māori to.” Hei aha! It doesn’t matter. Just speak it and translate. When you’re making a cup of tea for your partner ask: “Ko tēhea ipu e pīringi ana koe?” Which mug would you like?

Walk into the Warehouse and say: “E hia te utu mō te taputapu tākaro?” And then immediately say: “How much for the toy?” You’re not alienating anyone. Everyone’s on the same page. The more you do it, the more confident you get. You also play a little part in spreading the language.

At Morning Report in Auckland, it’s often me and a producer all alone at 5am (the rest of the team is in Wellington). Two Pākeha guys assessing the news prospects at a time no one should be awake in any language.

What do you reckon, he asks? If it’s a slow news day, I’ll say: “Te mutunga kē mai o te maroke, e hoa.” He’s not a reo speaker but he laughs, translating my refrain without thinking. Dry as, mate.

This is cultural change — yes, only a tiny aspect of it. But that’s what cultural change looks like. Small things, done again and again, chipping away as a little more of the canvas comes into view.

My pepeha is my world 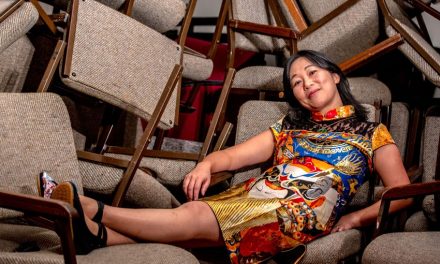