Stacey Morrison: Te reo growing pains — this is what change feels like 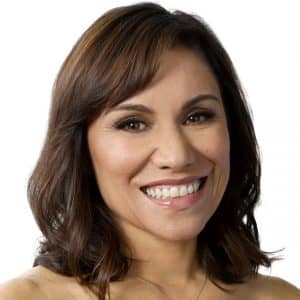 When there were cries of “Māori snowflakes” in the media, it seemed to me the writer was inadvertently confirming the genuine snowball effect that Te Reo Māori is achieving.

This backhanded compliment, by Dave Witherow in the Otago Daily Times, was met with a sharp serve from Susan Devoy, reminiscent of her champion squash-playing days: “Anyone who complains about Te Reo Māori being used and celebrated in this country needs to get one thing straight. This is New Zealand. Aotearoa New Zealand. So get used to it.”

Don Brash will not get used to it. He was quick to chime in with this observation: “I’m utterly sick of people talking in Māori on Radio New Zealand in what are primarily English-language broadcasts.”

Again, such a response would suggest that the former Reserve Bank Governor sees the currency of Te Reo Māori is on an upward trend, and his natural response is to devalue it.

John Drinnan, who writes about the media for the New Zealand Herald, must, as an industry commentator, come at this issue from an angle of broadcasting expertise, so he claimed the real issue is “anecdotal stories from older and loyal listeners who were amenable to Māori greetings, but were turned off by the fast-paced, hard-to-understand delivery … I don’t believe RNZ has tried hard enough to ensure the quality of its Te Reo content, or sell the idea of more Māori language on Morning Report.”

When I suggested to John, via Twitter, that the pace of the presenters’ delivery wasn’t an issue, that any language we don’t understand will initially sound fast-paced, and being able to distinguish words is a sign of increased understanding, he responded that RNZ should “take the audience along with them.”

I think he’s cracked the real issue. It’s that we need to take New Zealanders like him, the Dons and the Daves, along with us, hold hands and sing our own “Kumbuya” — Tūtira mai ngā iwi, as we move into the future of normalising Te Reo Māori.

The debates we’re having now are mostly healthy, and we shouldn’t shy away from addressing our trigger points, on both sides of the argument, because this is how genuine progress is made.

When I look at the champions who were brave enough to fight for our reo when it wasn’t nearly as cool to do so, I know we really are snowflakes if we can’t handle the uncomfortable moments of this phase of reo development.

As a Māori broadcaster, it’s important to me that we recognise the work of those who have gone before us, knowing that, if they hadn’t ensured our place in te ao pāpāho (the broadcasting world) we could easily be invisible in the media, and Te Reo Māori wouldn’t be heard in its most fluent forms.

Of course, the Māori media is now largely accepted/tolerated. As Don Brash argues:“There are 20-odd radio stations which broadcast in te reo, and a Māori TV station.” So why, he asks, should he have to listen to Māori on RNZ?

The reason for all of this coverage is that RNZ is a “mainstream” station. It’s a bastion of public broadcasting, which is now building a strategy for Te Reo Māori that is considerably more ambitious than in years gone by. This is what is challenging — the Māori language isn’t staying in its lane!

Guyon Espiner is Don’s “worst offender” — and my husband, Scotty, and I are proud to be accessories to his crimes. Guyon and his multi-talented wife, Emma, are new friends of ours. We began to invite them, and other friends who are learning, to our house for “Kai and Kōrero”, where we all use the reo we know, to discuss, gossip and communicate in the reo, rather than formally learn.

The reo professor in the room (Scotty) answers language questions as the children play around us. We’re all parents of Māori children, and we want the reo to be an enriching part of our lives.

This is how and why we support Guyon, who’s the father of a Māori child and an inspired reo learner first, and a broadcaster second. It seems to me his daughter is a huge influence on his emboldened determination to use the RNZ platform to champion Te Reo Māori.

Every breakthrough moment requires advocates, and champions who are willing to push the status quo. At the Māori language awards last week, it struck me that it takes only a few people in an organisation, or a community, to be bold and build a reo pathway that hasn’t been followed before.

By working with the local kura kaupapa, Fletcher Construction won an award for creating Kāpiti roading signage. Vodafone and Google developed better pronunciation for Google Maps. And Stuff introduced tohutō (macrons), all because a few people were willing to be everyday champions. Jack Tame was recognised with Te Tohu Kairangi, a special commendation, for his use of Te Reo Māori on another high profile broadcasting position, on Breakfast TVOne.

When prominent broadcasters utilise their position — and let’s face it, when they’re Pākehā — the results are noted, and have an impact. TVNZ is supporting Jack’s enthusiasm for his reo learning journey (he’s been doing night classes), and the consequences are infectious.

With Te Karere as their only in-house Māori language production now, and without the presence of a full-time Māori programme commissioner, TVNZ must show its hand by valuing te reo and Māori programmes. It’s now working on a wider reo strategy and, having been a small part of this process, I can tell you the commitment is genuine — and that it’ll build the visibility and normalisation of the language.

Normalising Te Reo Māori is different, though, from ensuring that the breadth and depth of the language is expressed in the media — just as there’s a difference between the role of being a reo champion and being a reo expert. Māori Television and radio programming is still the place to ensure that quality, innovative, and intrinsically Māori stories are told.

Although the media provides an entertaining prong to Te Reo Māori normalisation, we can’t be distracted from the urgent need to ensure true and rich revitalisation. We can’t afford to settle for normalising the language in the media as the only indicator of its health.

Our quality speakers should be nurtured, our kaikaranga and kaikōrero ranks developed. And we need to develop wider resources for every level of learning. Our whānau need support to enliven Te Reo Māori in our homes. And building Te Reo Māori teaching capacity must be a top priority too.

With this perspective, we can see that Te Reo Māori greetings on mainstream media are a small arm of the huge body of work still required. It’s just that, right now, it’s the part that’s getting all the attention.

These debates are our growing pains. We’re extending the status quo, and this is what change feels like. So, you can be mad if you like, but I find it exciting.

He aha te kai a te rangatira? He kōrero.

Stacey and her husband Scotty have been foundation members of the community group Māori 4 Grown Ups and are both graduates of Te Panekiretanga o te Reo Māori Centre for Māori Language Excellence. They live in Auckland with their children Hawaiki, Kurawaka and Maiana.