‘The only way he’ll stop is if he goes to jail.’ 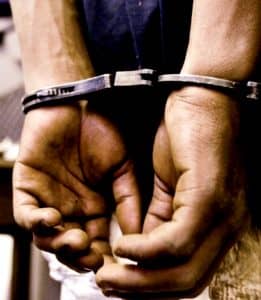 My family consists of my two parents — now divorced and re-married to different partners — an abundance of stepchildren, and me and my older brother, who we’ll refer to as “T” from now on.

We are of Samoan descent, part Asian, and, although my dad doesn’t like to admit it, I’m fairly sure my late Papa was part German — he was adopted, white, a fluent Samoan speaker and strict as they come.

Long story short: T is in jail. Try not to roll your eyes. I’m not here for your sympathy.

T was incarcerated at the ripe age of 22, only a month out from his 23rd birthday. He’d celebrated his eldest son’s first birthday just two months before, and had just found out that his then partner was a few months pregnant with their second child.

It was all happening at once for him.

There is never a convenient time to be locked up, but considering he’d only just conceived a sweet pea one year before and then to go and “accidentally” create another little peanut with the combined stupidity of his ex not long after, he definitely could’ve timed his screw-up a little better.

(Dear Young People: Contraception is a thing. If you can’t afford one child, you definitely won’t be able to afford two. Believe me, they’re better off being caught in a condom. Nonetheless, the situation has resulted in their children practically being my children and I would die for them any day of the week. Stupidity excused.)

T getting locked up was inevitable. Two months before he was arrested I said to my partner: “The only way he will stop is if he goes to jail.”

Sisters are born with a sixth sense. We just know. But when it happened, it wasn’t a shrug-your-shoulders-and-carry-on kind of thing, because:

But none more so than our mum’s. Nothing prepares your heart for that kind of curve ball. Nothing prepares you for the kind of hurt you feel when you see your mum and dad crying for their son as he sits in a courtroom awaiting his verdict. Or knowing that your brother wants to cry as the verdict is passed down but can’t for the sake of his own manhood and safety.

Life served several massive lemons on a silver platter and still continues to do so throughout this whole journey. But true character shines through in tough times — and, let me tell you, my parents have got an endless supply of that unbreakable character: goodness.

Unfortunately, the circumstances leading up to T’s arrest weren’t great. He was a young, first-time dad, living under his mum’s roof. Couldn’t find a job, and, at a time when temporary work was favoured over permanent jobs, he struggled to stay in one, too.

He — as many young families generally are — was broke and desperate.

In my opinion, masculinity after children is defined by two things:

1. Time/effort spent with family, and

A man needs both things to feel adequate as a father and partner. He had an endless amount of time to give, but no means of providing.

T is easily influenced by nature. He became desperate and got caught up in the wrong crowd, thus leading him away from his loving, supportive home and into a life of “easy money” through a motorbike gang that seemed to offer him a pathway towards a substantial piece of their attractive, shiny, copious supply of dirty money.

Easy + money: a perfect concoction for a desperate father.

Before T was arrested, I never gave inmates two thoughts. Not once. Didn’t care, didn’t wanna know, didn’t give a damn about why they were there and how they got there.

I was in an indestructible bubble of complete and utter ignorance — and yes, of course, it was pure bliss. Why wouldn’t it be? No one who has the kind of upbringing that we had would even dream of worrying about struggles of this kind. Not MY family. Not MY brother. Wrong.

Being Samoan in Australia comes loaded with stigma already.

I remember while attending high school at Bankstown Grammar in Sydney for a year, a white, skinny Aussie kid turned to me and said: “You’re the first skinny fob I’ve ever seen.” Which, to a 16-year-old pubescent boy, is probably a compliment, but to a 16-year-old girl who knew better, it was a slap in the face.

So, obviously, being overweight is one of the stereotypes we carry. The others are along the lines of being physically violent, short-tempered, disrespectful, ill disciplined, poor, prone to alcohol abuse, bad parents … the list goes on.

Basically, T’s committed crime is seen as “typical” of islanders to a lot of people because of the stigma that already surrounds the culture. It’s much the same story for Lebanese-Arabic communities who have a similar reputation in Australia.

But the stereotypes are one-sided. They make no mention of the positives.

It’s close to four years since the beginning of this ugly time in our lives. T is still tucked away in his cell and is due for release this year. It’s been crazy and stressful and I can’t wait for it to be over.

T went from having a large circle of friends to having a much smaller one that hasn’t given up on him. Some cousins, aunties and uncles have chosen to forget where he is. He went from trusting everyone, to only trusting me.

The things I’ve learned from T being locked up is that mental strength is everything in this world. If you don’t have that, you have nothing.

Secondly, we should never judge a person’s family by their situation. Yes, criminals deserve to do the time if they do the crime, but I would never assume that someone’s whole family is jacked up because of where that one person is.

But that’s the judgment that so many good, loving families are subjected to. We cop it on the chin because we know it to be false, but we know a judgmental look when we see one. And we see the knives that some of you use to stab us in the back before you even open your mouths. (Yes, I see you.)

As a family, we are so appreciative of the people who have shown and continue to show love regardless of his situation. No one is perfect. T is definitely no exception to that rule.

Moral of the story: not everyone who fucks up comes from a bad background.

My parents and I held T together when he needed help financially.

We have all been there through the upbringing of his sons, and we always will be. The same way we’ve stuck by him through his bad times, we’ll be there to lift him back up to what is good.

T is 27 this year. His eldest is five in September and his youngest is three.

The author is 24. She was born and raised in New Zealand, and moved to Australia with her family in 2008. This is an edited version of her blog.