The only Māori in the room 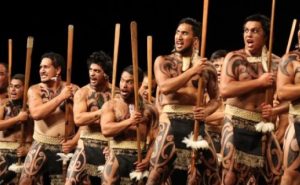 I had one of those “only Māori in the room” moments recently. I have a lot of those.

These moments don’t offend me. I work in mainstream tertiary education, I’m Māori and I profess to know something about things Māori. So what did I expect? Despite all that, these moments can be awkward.

I was in a meeting about a research funding proposal with very clued-up academics from various faculties. The heads swivelled in my direction as I’m asked my opinion on what I think the best direction for Māori would be, in regard to X or Y of the proposal.
There is a pause. Expectations hang heavy in the air. The words I say are to be weighed and perhaps given a weight disproportionate to their value. Or perhaps the reverse.

Sometimes, in moments like these, I can feel my cheeks flame. Sometimes, blind panic threatens to set in. On this occasion, however, I just snorted, laughed and said: “Well, I don’t know!” I may even have thrown my hands in the air.

That’s usually how it is. I really don’t know what Māori need, what Māori want, what direction would be best for Māori — how best to cater to, provide for, uphold, and respect all things Māori. I have no portal into the Māori hive-mind. I take educated guesses in context. That’s all I can ever do.

Of course, a lot of things have had to happen for me to have been the only Māori in that room. The absence of other senior Māori academics weighs more on me than does the cumulative weight of Pākehā expectation. There has been recent research done on the experience of senior Māori and Pasifika academics, so I’m not about to go over the ground that you can read about for yourself here.

Suffice to say, my experiences are hardly isolated, as a member of the six percent of the academic workforce who identify as Māori.

Actually, my ruminations headed in a different, but related, direction. Because I’m not just assumed to be an ethnic representative of a people or peoples at moments like this. I’m expected to be a proponent of, and knowledgeable in, Māori culture to some degree.

After my meeting, I came home to a Facebook post that underscored the deep ambivalence I have towards our dominant notions of Māori culture. And here it is, from an article outlining recent efforts being made to get young Māori into information technology:

Computer graphics company Animation Research’s founder Ian Taylor [Ngāti Kahungunu, Ngāpuhi] said the lack of Māori engagement in ICT was disappointing, as in his experience when Māori got their hands on technology they adapted very quickly.

“I believe that Steve Jobs, he didn’t realise it — but he designed the iPad for young Māori. It wasn’t in our DNA to use paper and pen, never has been. We use our hands, we carve, we tell stories. We’re great storytellers and technology has allowed us to engage in that way.”

Reading this reminded me of another such moment in 2014 and another public statement from the prominent Māori educator Terehia Channings, of the recently closed Turakina Māori Girls’ College. Speaking on the benefits of kapa haka for kids, she said (and I’m paraphrasing here): “Well, Māori are practical people. We have problems with maths and science, we learn best with our hands.”

In both cases — and you don’t have to search too far to find other such presumptions bubbling up among friends and whānau — an ossified understanding of Māori culture is held up and venerated.

Māori people are practical. We make things and do things. We tell stories, we perform stories, but we don’t write them down for others to read. And we probably don’t read them either.

Forgive me if I take a moment off-screen to bash my over-educated head against a rather inviting pale red brick wall.

I remember interviewing the actor and all-round extraordinary bloke Wi Kuki Kaa in 1992. He mused that people had often said to him that Māori were “naturals” at acting, at rugby, and kapa haka.

“Nah,” he reckoned. In his view, if he had been raised in another family and in another culture, he would have been good at the things in those cultures. Māori weren’t “natural” at kapa haka. They were taught to be that way. There may be a genetic inheritance at work, but that can always be retooled in other cultures.

Culture is a human creation — that is all. It is the product of generations of people doing, saying, writing, thinking, eating, acting, singing, playing and being together. Rinse, and repeat. There is no magic formula. There is no high water mark of culture. There’s no line we cross exactly when we know a cultural practice or a whole culture has died or forever changed. We just forget. And then we forget that we ever knew.

But culture, despite its blurred edges, performs an important function. Adherence to, or membership, of a culture (over and above mere ethnicity) grants us entry into something transcendent, beyond ourselves as individuals.

Membership of a minority culture in particular gives us access not only to that culture and to a meaningful cultural life, but the rights of protection that accrue to that culture at international and in domestic law. If there is no collation of practices, characteristics and products that can be identified as being of a given culture, then it cannot be protected.

On the other hand, culture is a constraint. Once the hallmarks of a given culture are identified, reinforced and repeated, it becomes really difficult to challenge. Innovation and change pose huge risks to those who identify particularly with an indigenous or minority culture.

So the very moment we call on culture to help us advance a position, identify solutions to political problems, create unity, and affirm kinship, it bites us on the backside and orders us back into the box of our own bloody making.

There is no phrase that fills me with more dread than “Māori are … ”. And yet, sometimes I use it. Because how else do we target and speak to Māori without identifying who we think Māori are? How do we employ Māori knowledge or seek it, without being open to seeing such knowledge is peculiarly Māori in the first place? How do we challenge Māori culture without first acknowledging that it exists?

I guess the answer is in common sense and moderation. We should reject essentialism — the idea that as Māori we’re defined by an unchanging set of characteristics and behaviours — and the constraints it places on our evolution as a people. We should reject the position that sees no culture: that way lies cultural domination and oppression all over again.

And for the Māori in the room? She’d better be a good tightrope walker, is all.

Māmari Stephens is a senior lecturer in law at Victoria University of Wellington. This is an edited version of an article that was originally published in her blog Sparrowhawk/Kārearea.