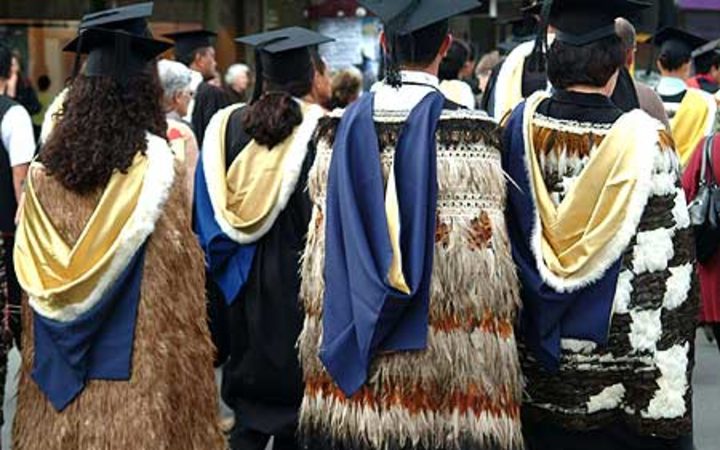 In the midst of the Covid-19 crisis, the government gave money to companies which said they could help Māori youth cope with mental distress. For one Māori graduate, who was hired by one of those companies to make a Māori mental health podcast, the experience was an exercise in “brown-washing”.

It was my first job out of university. My uncle works in mental health, and through his network, he heard about a health technology company looking for rangatahi Māori. He thought the company was doing cool things with digital media services. I was really excited when they wanted to interview me.

I’d worked in student radio for free while I studied sociology at university. When I graduated, I wanted a paying job so I could move out of home. I was hoping for something creative — something that would make a difference.

I’d just turned 20, and the internship sounded like the perfect gig.

During the interview, I could tell that they liked me. I wanted them to see that I was smart and hard-working. I talked to them about how our student radio programme had evolved from a lifestyle and dating show into solid discussions about decolonisation and protesting against the Cook commemorations.

But talking about protests seemed to worry them a bit. One of the interviewers asked how I’d been able to get along with white people in the workplace in the past. That really threw me. They also specifically wanted young Māori with lived experience of mental health disorders — and that wasn’t my situation.

But with my student radio background, they decided I’d be a good fit to help with a Māori mental health podcast. They hoped it would build awareness of their brand and service — especially as their analytics showed that Maōri weren’t downloading their app.

I thought there’d be training and support, so I signed a one-month contract. But it soon became clear that my role went beyond what I’d signed on for.

My job was to make four episodes to launch the podcast in that first month. But then they said they needed me to prove that the model was sustainable.

Suddenly the question the CEO had asked me in our first face-to-face meeting about the podcast made sense: “How comfortable are you talking to iwi?”

They wanted me to go out and get more funding. So on top of creating the content and trailers and promoting the series, I also ended up writing their funding pitches and reaching out to all these different people and Māori organisations for money.

I was out of my depth. It was a part-time internship and I was quite isolated because I was working remotely. I never met the one senior Māori person who apparently worked there, so I had no one in power to talk to about my growing discomfort.

Quite early on, the Pākehā CEO threw me in the deep end on a Zoom call with a big national Māori health collective. She said she was having issues with their board. She found them hostile and standoffish, but she wanted their sponsorship. So I and another Māori intern were told to pitch the concept.

It began to dawn on me that the company was using our brown faces to make the largely Māori board more comfortable about handing over money.

We did our best, and I knew my own intentions for the project were good, but we got asked so many questions. How were we going to make sure our podcast reached the right audience? How would we find the right guests? How would we ensure we were hearing from people on the fringes, those truly forgotten by the mainstream?

I didn’t have any answers. I’d never worked in mental health or digital services.

And we obviously weren’t very convincing in that meeting because that organisation never gave us any money.

I’m a young person who is Māori. I wasn’t prepared for that expectation to be a go-between. I don’t know what the whole Māori worldview is. I grew up in an affluent suburb. I’ve only taken a few reo night classes.

And that was another issue, because they decided the podcast needed a Māori name and I wasn’t able to give them one. I was embarrassed I might get it wrong.

I gradually started to realise that this wasn’t really a media organisation. They weren’t at the coalface of Māori mental health at all. They were a Pākehā tech company.

I told them I needed help finding guests, but no one seemed to have any meaningful work partnerships with Māori. In the end, I interviewed the other Māori interns and my friends to make the first episodes.

The company had this kaupapa that’s drawn from the wellness movement about positive affirmations. They liked everything to be upbeat and positive, and they wanted the podcast to be like that.

I really struggled with the ethics of that. It felt like the podcast was forcing an individualistic “you can fix yourself” narrative onto young people who were truly struggling.

My own opinion was that you can’t discuss the prevalence of Māori mental health issues without discussing racism and the impact it has on social conditions for Māori. I thought that being open to that kind of kōrero could genuinely have helped rangatahi reconcile their experiences with their mental distress.

And it was then that I was told to make sure the discourse didn’t turn into “just having a bitch”.

The bosses had this tagline, this catchphrase, for the podcast that they kept throwing around. “By rangatahi, for rangatahi.” Yet they didn’t want to actually listen to how young people confront colonial narratives.

I became quite staunch that we needed to let our guests say what they wanted to say. Not censor the dialogue. I said that you can’t get upset every time a guest speaks up about racism — you’re gonna get that from a few of them.

My fifth guest spoke about the poor social conditions affecting Māori in her community and her own postcolonial trauma. She talked about the tension and dissonance of living as an indigenous person under a capitalist system and under white supremacy.

The company didn’t want to publish the episode. They thought it was inappropriate. Not “on brand”, and “overly academic.”

In the end, they said that they’d seek advice from this mysterious senior Māori person that I’d never met. But the advice never came.

Then they asked me to reach out to a Pasifika girl who’d been interviewed on TV. They really wanted her. She was a big deal. She was head girl at Aorere College and she was saying powerful things in mainstream media. They got me to message her on Insta. She didn’t reply.

A while later, I saw a general post from her that said something like brown girls shouldn’t allow their mamae to be harvested, without compensation, by organisations wanting to peddle their pain.

I just felt so terrible when I saw that. The post wasn’t aimed at me, but it really made me think about how the organisation I was working for was trying to use the collective stories of my people for their own gain. The company felt like exactly what she was warning us about.

I didn’t show that I was feeling uncomfortable. Then one of the other Māori interns dropped out for mental health reasons. Someone senior said that his decision was disappointing — that sometimes you have to just get on with things. Even though the company had hired him specifically for his personal experience with mental distress. I almost quit at that point.

The rangatahi Māori interns were like mascots. We were there to entice funding bodies into handing over more money. We were there to champion the company on social media and to entice other Māori into engaging with the app. They needed us as tokens of diversity for public-facing or communications roles.

But they were unwilling to change anything within the app or with the content of the podcasts to actually provide targeted solutions for Māori youth mental health issues.

There’s a prevalence of these tokenistic roles, where organisations seek Māori to tick boxes in low-level positions but there’s no automony and no respect.

The people pulling the strings already have their notion of what a Māori person should be. Their idea of integrating Māori culture was to package up simplified language, symbols and mythology for marketing. Superficial slogans about wairua and hauora, that sort of thing.

I was there for four months. At the end of my contract, they were waiting for the next round of government funding. By then, two other interns had dropped out. The company told me that they couldn’t give me a new contract but they did want to keep me on.

At that point, I said: Listen, I need a job, I need to move out of my parents’ place. I’m going to have to find something else.

Now that I have a proper job, I’m starting to realise what real support looks like.

The company only ever released four episodes of the podcast. The one about racism never went out. They’d sunk quite a lot of money into promotion — trailers and paid ads on Instagram and Facebook — but the project just totally dissolved without the Māori interns.

It seemed as though my Pākehā superiors had had so little to do with Māori people, at least in a meaningful sense, that they simply didn’t know how to treat us like individuals.

There’s so many app companies being funded by the government and they just don’t seem very helpful at all. I just feel like it’s a convenience thing because it’s easy to invest in an app.

But Māori resources are meant for Māori people. The reason there’s so much funding allocated to Māori is because the Crown has an obligation to redress the inequalities perpetuated by colonialism. When Pākehā-dominated companies with no real connection to te ao Māori try to take these resources, they’re taking away resources that could be used to benefit Māori.

What’s worse is that the veneer of biculturalism that these companies put out in the world actually prevents transformational change and progress. We’ll never evolve as a nation if the only stories and narratives coming through about Māori are those that don’t directly challenge white supremacy.

(We agreed to anonymity to protect the identity of this young person, whose story was told to Connie Buchanan.)