Ranginui Walker — no beating about the bush with him 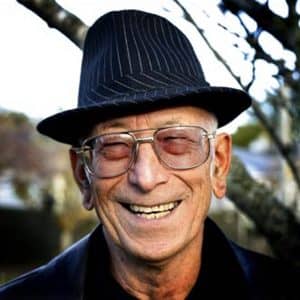 I rang Ranginui Walker last year to ask for his views when I was doing some research about the failure of the media to represent Māori realities. Hadn’t seen him for a while. Or spoken to him for a number of years.

No small talk or fluffy ducks. No “how-have-you-been-for-the-last-10-years?” carry-on with Ranginui. He wanted to get down to business. No nibbling around the edges of a fish fillet for him. So we just got straight into it.

That had always been my experience with him. You could take that abruptness personally. Or you could take it for what it really was. A preference for cutting to the chase — and never beating around the bush.

And that didn’t endear him to everyone.

Ranginui spoke out at a time when few Māori had a platform or the opportunity to step on to it. Syd Jackson was another. Both were well-educated, articulate and didn’t suffer fools. They translated our world for readers of magazines like the Listener and Metro. They were the lonely Māori voices in the hostile environment of the ‘70s and ‘80s. Both were vilified.

Back in those days, the Auckland mayor, Dove-Myer Robinson, once described Ranginui as the most dangerous man in New Zealand. Robert Muldoon wasn’t a fan, either. Not that those views seemed to bother Rangi. He wore the label “Māori radical” as jauntily as he wore his trademark hats.

It wasn’t just Pākehā who tossed around the term “Māori radical”, either. After all, Ranginui made many Māori squirm. It’s uncomfortable when one of our own rocks the boat. Even though we know that boat isn’t going in our direction and that someone else is steering it, we like our fellow paddlers and we convince ourselves that things could be worse. Ranginui Walker reminded everyone that Māori are quite capable of being — and should be — captains of our own waka.

This week, Elena “Tai” Curtis and I left our kura noho marae in Maraetai to pay our respects to Ranginui. Tai’s dad, Toby Curtis, came up from Ngāti Pikiao to farewell his contemporary and old tennis buddy.

Our timing meant we were part of a large and colourful contingent who went on to Ōrākei marae behind Whakatōhea and Ranginui Walker himself.

Just looking around at those gathered, was to see the impact this man had, not only on Auckland but also throughout Aotearoa for so very long. University graduates, Māori professionals, community workers, politicians, journalists and many others. People who were close to Ranginui, who worked alongside him, who he mentored or who respected him.

The truth is that all New Zealanders should be grateful to be the beneficiaries of the intellectual, cultural and political rigour that he exercised for decades.

Inside the wharenui where words flew and song reverberated, I counted my blessings to be part of a culture that celebrated someone’s life with such passion and vigour. It’s at times like this that I want to yell out: “God, I love being Māori.”  And I remembered how much I enjoyed the challenge of causing his rather stern features to break out in a smile that utterly transformed him.

While there were a number of beautiful tributes (Shane Jones, Winston Peters, Pita Sharples, Pouroto Ngarapo and Te Kaihautu Maxwell), it was Hone Harawira whose kōrero resonated with me the most. He took me back to another era.

The first time I met Hone Harawira was when he busted into a Huinga Rangatahi conference to challenge us fresh-faced students. In fact, I think his words were: “I bet you little wankers think you’re going to change the world, eh?”

He was spookily right on point.

Jane Kelsey and David Williams were strong influences on me from inside the Auckland law faculty. They introduced me to Rob Cooper, Rua Rakena and Hone Kaa. But it was outside the university that I got my strongest education.

My father-in-law, Bob Jackson, was a wharfie, like my dad. Unlike Dad, Bob completed a degree while he was working on the wharf. He was as one-eyed a Ngāti Porou as you could get and deeply knowledgable on tikanga.

Bob and his wife, June, were active in the affairs of South Auckland. They ended up taking over from Zac Wallace and Deirdre Nehua to establish the Ngā Whare Waatea complex in Mangere. As his own kids were busy, I was Bob’s mate as he went to hui after hui around Mangere and the rest of Auckland.

And that’s how I ended up meeting Ranginui Walker.

Back then, the Auckland District Māori Council was the hotbed of political discourse — and way more critical than any of the other councils. So I trotted along to hui, to court cases. Barely speaking. Just listening and learning and absorbing.

It wasn’t plain sailing — and I’m not talking about the battle with Pākehā. I’m talking about those council meetings. While there was usually agreement on an issue, there could be fiery disagreements on the tactics. Titewhai would often suggest an approach and demand support in her usual bolshie way. Bob would present the tikanga aspects of any issue or course of action. Ranginui would offer up a clear, logical rationale to any scenario.

And, although many Pākehā saw him as a radical, in Māori settings, he was sometimes viewed as the moderate or even the conservative voice. It depended on the occasion and what other voices were being heard.

As Hone mentioned, Ranginui was able to define the issues behind every major protest or occupation of the ‘70s and ‘80s. Colonisation. Treaty. Injustice. Institutional racism.

Often he operated along with Patu Hohepa. “Patman” and Rangi, the two academics, were able to articulate better than most the rationale behind the passion and anger of Māori protest. And their contribution on campus contributed to Auckland University being the most politically active of all New Zealand’s campuses.

Ranginui went on to become a sounding board, a mentor to a new generation of thinkers and journalists — Māori and Pākehā. He was a published author and I have a number of his books. But I wish the Listener would do us a favour by reprinting some of his articles. They’d help keep the rest of us honest.

Deirdre Walker, Rangi’s wife, was always present. I can see her now, writing furiously. Not missing a beat with the minutes and records. A strong, articulate, tremendously committed and politicised person in her own right, Deirdre was at the heart of all of Rangi’s work. They were very much a team.

Typically, he created controversy to the end. Not because he decided to be buried in Auckland, outside his Whakatōhea rohe, but because (like his mate Paki Harrison) he chose to be cremated.

Cremation still raises eyebrows within Māori circles, especially when the deceased are kaumātua, and culturally and politically staunch. Everyone had a wee chuckle. And I could just imagine Ranginui thinking: “There you go, you fullas. Work through that. Figure it out.”

There has been much written and said about Ranginui Walker by those who knew him longer or much better than I did. After all, he was a teacher, writer, academic, historian, tribunal member, commentator and advocate across so many issues — as well as being a family man.

We all can celebrate the courage and foresight of Ranginui and others like him who have made a difference. He had a rare combination of intellect and clarity of thought which was matched by his passion and commitment.

His legacy will endure through his writings. But it is also fitting that New Zealanders should now finally recognise what Ranginui has contributed to our country, how he has pushed us to understand our society — and how we are all the better for that.

Ranginui Joseph Isaac Walker was born on 1 March 1932 to a farming family belonging to the Whakatōhea iwi of Opotiki.

He was educated at St Peter's Māori College, Auckland Teachers' College, and the University of Auckland.

He was a primary school teacher for 10 years and held a lectureship at Auckland Teachers' College for five years. In 1967, he took up a temporary lectureship in the Anthropology Department at Auckland University, where he completed his PhD in 1970. He then served at the Centre for Continuing Education in Auckland for 15 years.

Ranginui was secretary of the Auckland district Māori Council from 1969 to 1973 and chairman from 1974 to 1990. During this time, he was also a member of the New Zealand Māori Council.

He wrote numerous papers and books — including the groundbreaking Ka Whawahi Tonu Matou: Struggle without End (1990) and a highly acclaimed biography of Apirana Ngata — as well as regular columns for the Listener and Metro. (His Listener columns ran from 1973 to 1990).

Ranginui was appointed to the Waitangi Tribunal in 2003.

In 2001, he was made a Distinguished Companion of the New Zealand Order of Merit in 2001. In 2009, he was awarded a Prime Minister's Literary Award, and in 2012 he received a Distinguished Alumni Award from the University of Auckland.

He died in Auckland on 29 February, one day shy of his 84th birthday. He is survived by his wife, Deirdre, and children, Michael, Stuart and Wendy.