Nadine Millar: What are the treasures you’ll pass down? 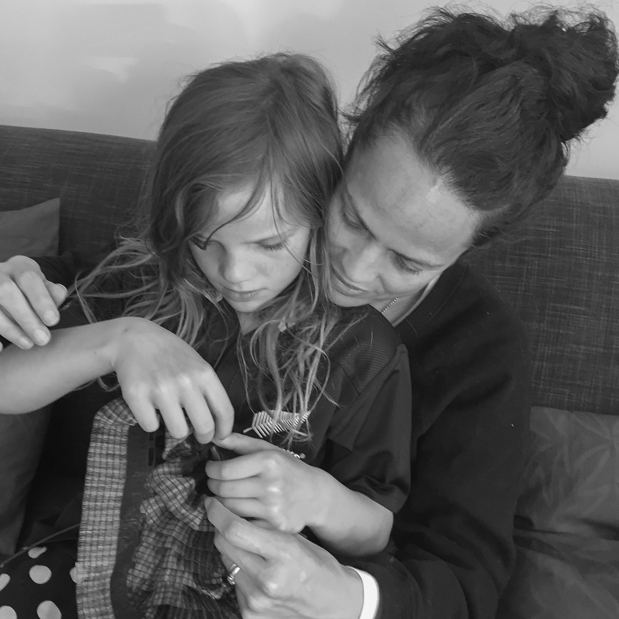 About the same time I started learning Māori, I took up knitting. I barely had the time for it, let alone the patience. And I had no prior skill with yarn or needlework. Every single stitch was a struggle.

In those early days, I couldn’t even tell the right side from the wrong, so if I put my work down halfway through, I’d come back and pick it up and could un-knit several rows before I even realised. I needed a lot of help. I don’t know how many times I sneaked out of class to take my knitting to Whāea Lucy in the school office, who faithfully rescued project after project.

It seemed the harder it was, the more determined I became.

At first, it was all about taonga tuku iho — “treasures passed down”. Our kaiako had put the question to us one day in class: “What are your taonga tuku iho?”

It was an emotional class — which is to say, a fairly typical class. For most of us, our immediate response was te reo. The language is the reason so many of us turn up to wānanga and kura pō and noho marae year after year. We want to pass this taonga down through the generations.

But apart from the reo, I wondered, what knowledge or skill from my parents would I pass on to my own children? It was a question that kept me up at night. I don’t weave or paint or sew. I can’t play an instrument or sing. Other than a collection of photo albums and a Lego biplane, I looked around the house and couldn’t lay my hands on a single thing I could say I’d made.

When I was growing up, everything around the house was homemade. That’s just the way things were. Everybody was handy in those days, whether it was with a sewing machine or a hammer or a crochet hook. Nobody bought anything new. I can still remember going to Deka, full of anticipation, only to hear my mum say the dreaded words “I can make that,” before putting the skirt or blouse back on the rack. Like so many mums, she sewed the curtains and the cushions, the bedspreads and the car seat covers. And all my clothes.

Later, when my babies were born, my mum knitted vests and hats and booties and blankets. She churned them out until her arthritic fingers ached. I still have all those baby clothes, heirlooms in a rainbow of colours, stored in a big plastic box under my bed.

That’s when it dawned on me: I’d been sleeping on top of my taonga tuku iho for years. My mum taught me to knit.

Actually, the truth is my mum tried to teach me to knit, but I was a terrible student. I was impatient and rude. I couldn’t follow instructions. Besides, what motivation did I have? If I really wanted a lovely hand-knitted cardigan, I could just buy the wool and ask Mum to make it for me.

After a few weeks, I lost interest. I threw the little vest I was working on into a box at the back of the wardrobe. I never expected to find myself digging through that box more than a decade later, hunting for the pair of discarded knitting needles my mother had given me.

My second attempt at knitting wasn’t much better than the first. I was still impatient and uncoordinated, and progress was painstakingly slow. But I was persistent. I battled the voices in my head reminding me I wasn’t a naturally creative person and I should just give up.

Every time I dropped a stitch, panic would set in. If it wasn’t a school day and I couldn’t take my knitting to Whāea Lucy in the office, I’d have to drive down to Spotlight and lurk around in the wool aisle, waiting for someone to come along who looked vaguely like a knitter. I was probably a bit deranged.

Once, in a camping ground in the Waipoua forest, I spied a blonde-haired lady knitting socks on five needles outside her tent. I had a big, awful hole in the blanket I was working on, and there wasn’t a Spotlight around for miles. I ran over and introduced myself. Gerta was German and didn’t speak any English, but knitting is a universal language. In fluent German, Gerta showed me how to slip down 23 rows to pick up a single dropped stitch.

It was about that time that I realised that learning to knit was exactly like learning Māori. I battled the same voices in my head telling me that language didn’t come naturally to me and I should give up. The same panic would set in when I made mistakes. Some days I felt like I was making absolutely no progress — on my reo, or my knitting.

But then I would wake up in the morning and pick up whatever project I was working on and see that, little by little, I really was improving. What’s more, the mistakes I feared so much, were usually the moments when I learned the most. There’s no better way to learn how to knit, than to go back and unpick what you’ve done. Just as there’s no better way to learn the correct way to say something, than to say it wrong.

After a while, I wasn’t afraid to make mistakes anymore. I started reading patterns, and aspiring to even more advanced projects. I pulled out the box of clothes from under the bed and admired my mother’s work. I turned the booties over in my hands. Appreciated the time and skill that went into making them.

For a long time I used to think that te reo was something that I would achieve. Fluency was a goal. Each word or sentence I banked took me closer to that goal. But the more I knitted, the more I realised that I was missing the point. The enjoyment was in the process. Sure, there was great satisfaction in completing my first tea cosy, or my first blanket. But one knitted cushion didn’t make me an expert. There was always more to learn, always improvement to be made.

And so my knitting and reo journeys run in parallel. I’m not the fastest knitter, and I’m not the sharpest reo speaker. But I can knit with my eyes closed, and I barely ever drop a stitch. I can knit in the dark in movie theatres, and in trains and on buses and while waiting in queues at the bank. I look forward to long whaikōrero on marae, feeling kinship with the other women in the whare who surreptitiously pull out their knitting too.

I still make mistakes. The other day I attempted to make marae slippers, but ran out of wool after only one slipper. But even that lone slipper was a taonga. My mate came and picked it up and sent it to her godfather who only has one leg.

Often, people will see me knitting and sigh admiringly, wishing they had the time or the patience to knit. It feels bizarre to be described as patient. I took up knitting precisely because I wasn’t patient. Nor do I feel like I have a whole lot of spare time. But something about that saying, “taonga tuku iho”, keeps me at it. The knowledge that, in a way, we have a responsibility to pass on the gifts we’ve been given.

It’s the same with te reo. People hold back from learning because they’re afraid of making mistakes. Shame creeps up on us and keeps us quiet. But we have to push past those voices telling us we’re not good enough. Te reo isn’t something to go out and get, it’s something to share. You can teach yourself a language the same way you can teach yourself to knit. One stitch at a time, one word at a time.

These days, I’m learning to crochet. I can lay my hands on a dozen or more things around the house that I’ve made. I even helped a girl read a pattern in an aisle at Spotlight, once. Best of all, my kids are able to say: “My nana taught my mum to knit, and my mum taught me.”

The question: “What are your taonga tuku iho?” still keeps me up at night. But these days, I sleep much easier.