Small-town rugby doco gets it wrong? 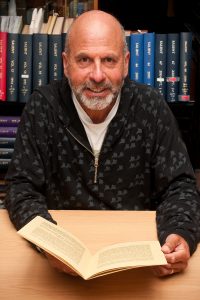 “The Ground We Won” is a documentary now winning praise from New Zealand audiences and critics alike. But there are elements in it (as well as elements missing) that Piripi Whaanga has found disturbing.

There’s a new documentary movie which unintentionally nails how a Maori face is sometimes portrayed in the provinces – and which confirms the un-PC natures of some of our country cousins.

“The Ground We Won” sets out to follow the fortunes of a club rugby team in Reporoa. It’s a “boots ‘n’ all” hard-luck, faithful record of the 2013 season.

Audiences are probably loving the realism, captured on the screen, of the part-time players and full-time farmers as they booze and plough their way through the season.

The audience certainly warmed to it at the screening I attended in Petone, along with the director/producer/camera/sound team of Christopher Pryor and Miriam Smith who then fronted a question and answer session. Uppermost in my mind before, and more strongly after, the screening was: “Why?”

The Reporoa I know is part of the central North Island federation of iwi mai Maketu ki Tongariro. It’s just north of Taupo-nui-a-tia and on the road to Rotorua – and it’s always looked like tough farming country to me.

To most Kiwi travellers it’s a passing-through place on the way to the tourist destinations that surround the major towns of the Volcanic Plateau.

But the area and people I know from this Maori world didn’t really surface in the doco I saw. They were more like bit players, or opposition teams who needed to be tested.

There was as much Maori culture as could be expected if this was outback Australia. But it’s not. It’s Aotearoa. So the mispronunciations (like Repa-rower and Roada-roo-a) are sad reminders that attitudes to reo Maori, and by extension to Maori culture, have not changed for some.

But I’m quibbling now. This was a real-life documentary of actual Kiwis who also paid little or no attention to the media messages behind the “responsible drinking” or “looking after your mate” campaigns.

That this world of frontier drinking exists is something we all know. It’s hard to ignore. And that’s what the doco team of Pryor and Smith wanted to show, and perhaps also wanted to use to stimulate a debate.

This last part about provoking a response may be just the impression I got from the brief Q & A with them after the screening. If you saw the film elsewhere in the course of the national tour, you too might have heard the couple defend the filming of a sporting booze-fuelled culture.

I was surprised at the acceptance of this by the viewers at the Petone screening. When I spoke out against the film’s bullying and degrading portrayal of women, I was shouted down by some blokes in the back row who said that’s how it is. Some debate!

The film isn’t all about a drinking culture. There are some inspiring moments of solo parenting from “Slug” (Kelvin) who juggles milking, practice and organising cut lunches around his young twin boys. But then there is the intimidation of the two youngest members to act like men and drink up.

“Peanut” used to bear the brunt of the teasing and is achingly vulnerable when he shares his farming dreams and talks of the central place his older rugby buddies have in his life.

Then the attention switches to the English teenager who is filmed getting drunk on a bus trip to play a Rotorua team – and breaks down in an alcoholic haze. At that point it’s hard to feel any sympathy for his so-called mates. It’s behaviour we would hate to see with anyone close to us and I asked myself what was the point of it all.

I had another question too: “Why would a couple want to spend a year living out of the Reporoa holiday park filming something like this?” It’s not as if we need a reminder.

I was none the wiser after the Q & A. The filming couple used a similar reality technique with their previous doco about Jerusalem on the Whanganui River, “How Far Is Heaven?” That showed us something new. This new doco doesn’t.

I did find out that communities of a few thousand people like Reporoa do bond together around our national game, but nobody supports a losing team. At least that’s what the players said on camera. The film also confirmed that abuse of alcohol isn’t funny or pretty to be around, even if the boys played it up.

I was also left with an after taste that the Maori face preferred is that of the haka-boogie warrior. The final images of the film show a spine-tingling haka that arises phoenix-like out of a Pakeha image-filled desert. It takes place in the rugby rooms during another beer-soaked session. The Reporoa buddies seem to take it in their stride as the acknowledgement of a well-fought season.

I don’t know though. Perhaps the film-makers had an eye to the international market with a Maori image that could sell well overseas. But there may be limited home appeal.