Why is it easier to be Māori overseas? 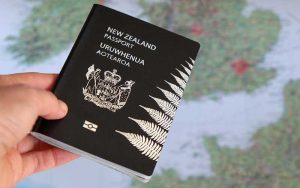 Biculturalism is deeply embedded in the Kiwi psyche, writes Nadine Millar, but many of us don’t find that out until we’re on the other side of the world. Why is it so much easier for Kiwis to feel a sense of ownership and pride in things Māori when we’re away from home?

I’ll never forget the time a woman sitting opposite me at a BBQ asked if I actually knew some “real Māori people”.

I was living in the United Arab Emirates at the time, a veritable melting pot of nationalities. The woman with the question, and the nerve to ask it, was South African — someone who grew up when apartheid was still the norm.

But that’s not half as shocking as the Argentine man who wanted to know if Māori were allowed passports. “Are they full citizens?” he asked. It was 1999 and I was doing voluntary work at an orphanage near the Bolivian border. To put his question in context, in Argentina at the time, many indigenous people didn’t qualify for social benefits or state support because they didn’t have documents of national identity. Why? Because they couldn’t apply for them — they’d never learnt to read or write because the government, short of excluding them outright, had never bothered to make schooling accessible to the native population.

Then there are all the times I’ve turned up on social touch rugby fields in different places around the world, only to have people (often it’s the Aussies) throw the clearly “mixed-ethnicity” Kiwi team what is presumably intended as a compliment: “It’s awesome how you guys all just get along and play together!”

That such comments are shocking to us indicates how deeply embedded biculturalism is in our psyche. Get along and play together? Frankly, we think it’s weird that you think that’s weird. But as an expat Kiwi living abroad, you learn to get used to the affront of this not-so-subtle racism. At best, you say nothing, grimace and back away. At worst, you find yourself agreeing: Yes, isn’t New Zealand so progressive? Our indigenous people are allowed passports!

But you can’t go around trying to educate everyone you meet. The truth is, such comments are almost too comical to be offensive. Besides, if you’re in the mood, you can have some fun with them. Imagine the South African woman’s face when, being Ngāti Hine and Ngā Puhi myself, I told her that she too could now claim to have met a “real Māori”. I did have to submit to a closer inspection though. It was dark, so she shone her iphone torch at my face and arms. “But you have hardly any brown colouring at all!” she exclaimed.

The insult was second only to the awkwardness of the moment. Part of me wanted to slam my fist down on the table and storm out of there. But another part of me recognised that there was no malice in the woman’s comments — she didn’t mean to offend. That doesn’t excuse her ignorance, but how do I even begin to explain to someone what it means to have a bicultural heritage when most of the time it’s invisible, even to me?

I don’t think I’m the only one to feel the richness of my bicultural identity magnified when I step off a plane in a foreign land. I believe this is true for Pākehā, just as much as Māori. It has always struck me as interesting, for example, how Kiwis’ sense of pride and ownership of things Māori seems to come out in force when away from home.

At official events overseas, we wear our pounamu and stand side by side, proudly singing our national anthem in both English and Māori. We tautoko our kapa haka groups as they perform on our behalf at openings or pōwhiri, ANZAC commemorations and Waitangi Day. We feel proud when our diplomats and other representatives deliver speeches that begin with mihi whakatau (something our Australian counterparts rarely, if ever, do).

And try telling any expat Kiwi that te reo Māori is redundant, boring, or not “economically relevant”. You’ll be shunned.

People always remember us, the Kiwis, for this unique and fluid display of biculturalism. I’m not saying we’re perfect, or that our progress relative to the truly pitiful track records of other nations, permits us to ignore the prevailing institutional racism that still exists in our own country. There’s always work to do at home; plenty of it.

But I do believe there’s a lesson to be learned from the overseas experience. There’s a freedom — and a desire — to embrace tikanga Māori overseas that perhaps not everyone feels at home.

I’ve met Kiwis who learned the Māori version of the national anthem only when they left New Zealand. They were too embarrassed to admit they didn’t know it before and hadn’t felt confident to learn it. But is that so surprising? If you were born before the 1990s, chances are you wouldn’t have been taught the Māori version at school.

In fact, it wasn’t until relatively recently that the dual pillars of our bilingual national anthem became the familiar sound that it is today. Credit for that is due at least in part to Hinewehi Mohi who sang the Māori version of the anthem at a Rugby World Cup game at Twickenham in 1999 — the first time ever at an official event of this magnitude. We take it for granted now, but before that moment it had never been done.

Meanwhile, in Singapore, a Pākehā friend of mine said she often begins her international presentations with a mihi, but she doesn’t when she presents at home. Because she’s “too embarrassed,” she says. “Not entitled.”

Even though I’m Māori, that sense of lacking legitimacy and needing permission is something I can relate to. It was only in Dubai, for example, that I felt confident joining a kapa haka and performing on stage. I’d wanted to join a kapa haka since I was eight and all my cousins performed a beautiful waiata-poi for my nan’s 60th birthday. I sat on the side of the stage that day, watching in awe. But so many things held me back. I was whakamā. I didn’t speak the language. I wasn’t brown enough. (Although, if I’m honest, mainly I’m just deeply uncoordinated).

And yet, somehow, I felt at home getting up on stage in front of a crowd of 600 people on the other side of the world. Go figure. Of course, if you replay the video of the performance you’ll notice there’s a girl, one row back on the right, who misses the timing of the “clap-clap” by a hair’s breadth, and whose hands go up when everyone else’s go to their hips. But no matter. I was there. I was proud to be there.

I wasn’t the only one who felt wonderfully uninhibited overseas. A Pākehā friend of mine joined the kapa haka along with her children so they could learn waiata-ā-ringa and haka to perform on stage at International Day at school. As she flipped proudly through the photos, she admitted that she wasn’t sure if they would be doing this if they were back in Aotearoa.

Overseas, it seems, our differences don’t matter anything like as much as the things that unite us. Away from home, the invisible obstacles disappear — the shame, the lack of entitlement, the absence of coordination — enabling us to recognise that this tāonga, our indigenous language and the tikanga that embodies it, is not a threat to our identity as some pundits would have us believe, but an integral part of it. We shouldn’t need to leave Aotearoa to see this.

I have an Indonesian friend who’s been in New Zealand for seven years and, in that time, she has taken advantage of every opportunity to immerse herself in te reo and tikanga Māori. I’ve always been impressed and inspired by her, if not a little intrigued. She’s a beginner, but she’s not afraid to use the reo she’s got in her everyday life. She’s not Kiwi, nor is she trying to be. She just loves the reo. She loves New Zealand.

This shouldn’t surprise me as much as it does — after all, I learned Spanish in Latin America, and bits and pieces of many other languages during my travels. So why am I so shy with my own language and culture?

One day I asked my Indonesian mate what motivated her, and she told me: “It doesn’t matter if you’re white, olive, yellow, red or whatever — language knows no colour. If you love it, you speak it. It’s about embracing the culture and having a sense of belonging to the land.”

She’s right. You don’t need permission to speak Māori. You don’t have to board a plane to the other side of the world before you can twirl the poi between your fingers. You don’t have to wait until you go overseas to claim the language of our tūpuna and to celebrate the uniqueness of this, our bicultural identity. It’s here in Aotearoa right now. It’s ours. It belongs to all of us.