Is my identity in my DNA? 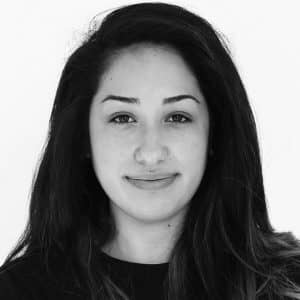 My family has no real secrets – that I know of, anyway. Mum and Dad are both my birth-parents. I know for sure because they look like me and have all the right paperwork. So that means I’m definitely Samoan-Canadian (among other things). I have no reason to question any of that. My daughter likewise is definitely mine. I know because I gave birth to her and her dad is her birth father. I know that too, because I just do.

I’m pretty secure about what I know and don’t often question what I don’t.

But now I’m waiting for the results of a DNA ancestry test. And I’m nervous.

It all started out as a bit of fun. A test to see what my genetic make up was — to see if, as the anthropological theory suggests, I can trace my Samoan ancestry back to Taiwan. And, to be honest, a curiosity to know if there were any curveballs mixed in there.

There’s a video of Alba on George Lopez Tonight. Each guest on that show has to complete a DNA ancestry test.

Science is a seemingly simple and confronting way to talk about identity. Alba’s test revealed her to be a whopping 87 percent European and only 13 percent Indigenous to the Americas (a broad term spanning Inuit, First Nations and Latino).

As George Lopez exclaimed, Alba was “whiter than Larry David”, (a Jewish American writer and producer, and the man who created the hit TV sitcom Seinfeld). The 3:33-minute clip went on to show her shock at this new identity.

To be honest — maybe like Alba — my biggest fear is finding out that I’m over 50 percent European. There could be some remnants of the German administration in Samoa in my DNA, which will add on to the Canadian descent from my mum’s side, pushing it to over half. The only thing that can save me then is a bit of First Nations or African mixed into the Canadian bloodline.

It’s not that I don’t want to be white — although the popularity of Trump’s US Presidential campaign does make me want to run and hide.

It’s more that being white will change completely who I claim I am: a Pacific woman.

Digitally walking my way through the Easy DNA website, I felt naughty. Like I was looking for dark family secrets that I hope aren’t there. There are countless types of DNA tests available. Paternity, pre-natal Down syndrome, relationships, X/Y chromosome. There’s even DNA testing for your dog.

When the test arrived in the mail, it was in an unbranded envelope. The same swab kits are sent to each client regardless of the ordered test and are labelled “paternal father”, “child” and “participant”. The process really does feel like embarking on some type of deceit. Like your identity, as you know it, is hearsay.

As a writer and artist, I choose to actively assert my Pacific identity over a Samoan-Canadian one because exhibition and publishing spaces are saturated with mainstream voices. I interject myself as unapologetically Pacific.

But, in Pacific spaces, I will always be read as afakasi or half-caste. You can see it, literally. I’m what you call “white passing” or a fair-skinned Islander — and while that comes with many privileges, it also comes with a desire to constantly prove my Samoan-ness.

I texted my Samoan grandmother one evening for a fōfō, a massage. She called me back from housie. I really wanted to ask her about this mysterious Chinese bloodline that she had once told me about as a child.

Using a combination of coconut oil and oil that she buys from her faife’au (minister), the fōfō started. She told me about her Chinese grandmother whose father was one of several thousand indentured workers who came from China to work in Samoa’s plantations. He married a Samoan woman and together they had Samoan-Chinese children.

I was surprised at how confidently she recounted that family history. My grandmother was adopted out, so I didn’t expect her to be able to recollect family that she didn’t grow up with. She even went on to say that there are lots of Samoans living in parts of China.

That kind of security in identity, which migrants like my grandmother have, is what mixed-blood Samoan Millenials or Gen Y’s like me are craving.

You see, my dad was part of the assimilationist generation of Pacific migrants. Growing up as a first generation New Zealand-born Samoan, he quickly learned that, if he was going to get ahead in this “land of milk and honey”, his culture wasn’t going to help him. And, actually, after enduring things like the Dawn Raids, it would more likely hinder his chances of “success”. For him it was about survival. So the cultural knowledge — like language, protocols and dance — that he grew up knowing, I’ve had to learn.

This relearning of cultural knowledge is a commonly discussed diaspora problem among people of my age. It’s the theme of this year’s surprise hit movie Three Wise Cousins (an independent film directed by Stallone Vaiaoga-Ioasa) where the lead character Adam, a New Zealand-born Samoan, goes to Samoa to learn from his cousins how to be a “real island guy”.

Of course, Adam wasn’t motivated by a search for identity. He just wanted to impress the girl of his dreams. But the point is that his full Samoan bloodline wasn’t enough to make him a real island guy; he needed cultural knowledge.

So identity isn’t as simple as one or the other, but it does beg the question: What does cultural identity actually stand on? Is it who science says we are or who we know we are?

I like to think I already know the answer. Will the results of my DNA test change that? I guess we’ll see.

Lana Lopesi is a writer and artist based in Auckland.