Eliota hasn’t been too wide of the mark 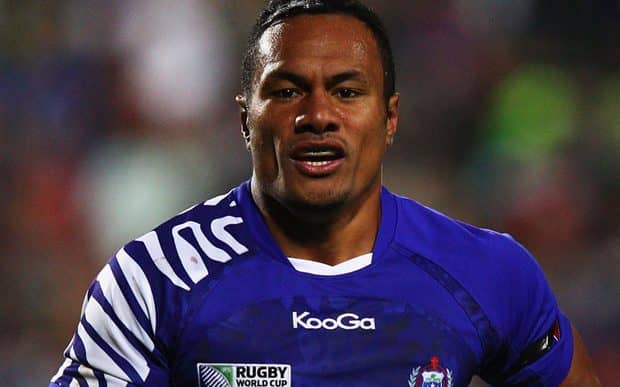 Not for the first time, Eliota Fuimaono-Sapolu has caught the attention of a host of people – this time in the wake of his discussion a week ago, on this website, about the racism of the rugby establishment and of the failure of New Zealand’s schools to pay anything like the appropriate attention to Māori and Pacific history. In the subsequent social media storm, not everyone has taken his side. Some former students of Auckland Grammar have criticised him for his account of the history that AGS served up to him and his classmates when he was there 20 years ago. They don’t have the same memories or the same concerns spelled out by Eliota. But Teresia Teaiwa, who lectures about the Pacific at Victoria University, doesn’t take the view that Eliota is wide of the mark in his account of the shortcomings of the way our education system presents our history.

Eliota is quite right about one thing. The school system does not prioritise Pacific history. I teach a course on comparative history in Polynesia at Victoria University and most of the students taking that course have never taken history at secondary school.

So there’s an issue there in that history is optional at secondary school. You don’t have to take history. It’s not something that our school curriculum says everybody needs. So that’s one problem.

And then, if you do opt to take history in New Zealand, or even in a Pacific school, the kind of history you get is usually very Eurocentric. So there are structural things that make it difficult for students to learn about their history.

I’ve been shocked that most of my students here at university have never read any Pacific authors. And that’s partly because the curriculum at secondary school makes it difficult to access Pacific material, and to value that knowledge.

But there is another issue. Within our informal networks of family, whānau, ‘aiga, it’s clear that our people don’t value history all that much. I say that as someone who majored in history at university and who does historical research.

We’re oriented towards the present. And history mostly just serves limited and particular purposes for us. If you look at where there is the most historical activity among indigenous people, you’ll see that it’s usually around land claims, title claims and settlements. Legal battles. That’s where we get interested in history and that’s when we do our research about the past.

Otherwise, most of us are focused on the present and not really thinking about the processes or about the struggles that have led us to the present. And it’s really easy to fall into that way of thinking because we’re in a society that’s so commercially-oriented.

You’re chasing the almighty dollar, you’ve got to work hard for every dollar you earn — and it’s all outgoings, outgoings, outgoings. You’re just spending all the time. So that kind of lifestyle makes it difficult for us to be historically-minded.

But there is still an issue about the reasons for our history being so under-valued in the school system. And there are questions about whether the neglect of indigenous history and the emphasis on Eurocentric history is a tool used in the colonisation process.

The evidence suggests that is the case. The victors tell their story. Their story becomes our story. Then we accept a subservient position within their grand narrative. So it’s definitely a tool of domination and control. And we need to find ways to reconnect with our own histories.

As Eliota said, we have amazing histories. Not that it’s all about heroes. I’m a historian who tries to resist focusing on heroes because sometimes it’s really what ordinary people do that is important. That’s what sustains us. So family histories are important.

And it’s a crime that we abdicate any curiosity about the past. I think it’s great that Eliota has raised these questions about the curriculum. And, yes, I think we should question the curriculum. But we shouldn’t rely on the curriculum. Because, if it is a tool of oppression and domination, then maybe we need to find other spaces to discover our histories — and think about and share them.

I shared Eliota’s interview on our Pacific History Association Facebook page and it fired up interest and engagement in a way that not many of our other posts had ever done. The reactions weren’t all in agreement and that’s great. Debate and rethinking need to take place.

I also think that history is too important to leave to historians. Everybody needs to be aware of it and everybody needs to own it. When we just rely on professionals or academics to do historical research for us, we become dependent on them. And that’s how we get into the situation where only certain stories get told because they’re the stories that the researchers and the academics are interested in telling. But, if everyone owned history, then we’d have much more robust debates and a sharper sense of who we are, based on what we know about the past.

In the responses to Eliota’s criticisms, a lot of points have been raised. But no-one, as far as I know, has picked up on his suggestion that Europeans set about sinking all the ocean-going double-hulled waka throughout the Pacific Islands.

One of the things we need to understand about our ancestors is that they were really interested in new technologies. They saw European ships and they thought: Hey. Let’s give that a go. So you had chiefs in Hawai’i and chiefs in Aotearoa who purchased European vessels for themselves. That became a mark of their prestige. We know about rangatira in Aotearoa who owned European vessels and traded across the Tasman, especially with the flax trade. So Pacific people were keen to adopt European sailing technology for a number of reasons.

But there was also a more ominous side to the imperialist and colonial influence over double-hulled canoes in the Pacific. Not literally sinking them, but controlling their movement. That was a part of the colonial control.

If you were the coloniser, you didn’t want natives zipping back and forth across the Pacific at whim because then you couldn’t control them. And so part of the colonial process right across the Pacific was forcing indigenous people to get permission to travel. So those big inter-island voyages that used to take place couldn’t take place anymore, because they had to get permission. And permission wasn’t granted.

Permission was often refused on the basis that “You need to work to pay your taxes.” Or “Those trips where you’re singing and cavorting and finding sexual partners … well… we want you to stop that and be productive, good colonial subjects.” There was a whole series of processes that resulted in the extinction of our indigenous sailing and navigation traditions. It wasn’t just one thing. They didn’t just come in and scuttle all the canoes. They used social control to prevent people from travelling.

I appreciate Eliota’s comments on Pacific history, and his initiative in producing a DVD about “the Pacific that they don’t teach us at school.” He’s showing our people that being interested in your own history can empower you to ask questions and demand answers on a whole range of things in the present. And, he’s demonstrated that you don’t have to be a historian to have a stake or investment in how Pacific history is taught and learned.