Will Tūhoe provide the welfare model? 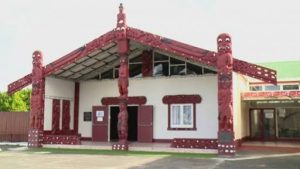 There’s all this doom and gloom in world news these days. Fear and fearmongering too. From the USA, The Donald is still commanding the dark headlines. And it’s not much more than a month since the possible global ramifications of the UK’s Brexit decision began scaring the bejeebers out of those of us who look beyond our own shores to make sense of the world.

You could opt for one (or both) of two stories.

One is that here we have Plucky Britain deciding to leave the cloying and cloistering bureaucratic over-reach of the European Union, to once again set its own brave path (and closing borders to unchecked immigration in the process).

And the other account you might embrace is one of a fearful, isolationist, xenophobic Britain inexplicably turning its back on its pledges and history, to bite the hand that feeds it, merely to plunge itself into economic crisis and self-mutilation.

Ah, two conflicting narratives. Where would we be without them to explain complex ideas to us?

To turn our eyes homeward, it strikes me that there is a similar deceptively simple (and obviously on a micro-scale) binary narrative lurking here, that has so far received little national attention. That may change.

I have called it Welfexit — Welfare Exit. It’s the phenomenon whereby a group of people, previously presumed to be part of New Zealand’s welfare state, decide for themselves they no longer want to be. So they exit.

The clearest example of the prospect of such a phenomenon is Tūhoe’s plan to Welfexit.

The Tūhoe settlement in 2014 includes a social services management plan whereby the iwi will work in partnership with Crown agencies to deliver better social services to Ngāi Tūhoe. This may well result in Tūhoe taking over, eventually, $9 million per annum of benefit payments, schools, healthcare and housing within its tribal rohe. Tamati Kruger, who led Tūhoe’s Treaty settlement negotiations, had this to say last year:

We are declaring war on dependency. Our motivation is that, if we want to be a vibrant people, to be a productive people who live up to their beliefs and to their faith as to what life is all about, and the honour that has to be part of humanity, then this is clearly what we have to overcome — because being a beneficiary is a type of servitude.

There are countless examples of structures, organisations, rōpū, councils and committees set up from the 1840s to the present day, by Māori to provide welfare for poor Māori. Often this was necessary because Māori weren’t considered suitable recipients for charity. And land ownership was assumed to suffice as a resource base upon which Māori could survive. The later decades of the 19th century put paid to that notion for many Māori communities, but official discrimination against Māori based on that attitude lasted well into the middle of the 20th century.

For Māori to attend to their own welfare they needed to have, or have access to, sufficient power to make decisions about Māori welfare. Some initiatives were to do with setting up Māori governance bodies. For example, Māori councils were established under legislation in 1900 to enable Māori to make rules about, and attend to, what was understood to be local welfare needs. And Māori MPs, such as Apirana Ngata, sought to operate within government to achieve Māori welfare through rural land development schemes.

But, as Māori became separated from land, concepts of welfare shifted somewhat from dependence on land to urban-based support. Māori shifted activities accordingly and created urban-based cooperatives, such as the Māori Women’s Welfare League in 1951. Another one was the Māori War Effort Organisation (MWEO), which morphed from a tribal-based entity intended to help Māori recruitment for World War II, into an extraordinarily successful welfare organisation that had unparalleled reach into Māori communities.

These initiatives eventually led on to the establishment of the New Zealand Māori Council and its district Māori committee system.

By 1966, 33 such committees had been established in Auckland alone, taking on tasks such as mediating landlord/tenant relationships, providing budgetary advice, undertaking prison work, overseeing Māori wardens, establishing urban marae and carrying out a host of other activities merely labelled “welfare work”.

One of the marae established in Auckland during this fertile period was Te Puea, named, of course, for the redoubtable Tainui leader Te Puea Herangi whose greatest battle was against Māori poverty, which she fought all her adult life.

As we know, in recent weeks, Te Puea Marae has been providing accommodation to the homeless in South Auckland. What Te Puea (and other marae and entities around the country following its example) is doing is fulfilling, at least in part, the role of the welfare state in the face of government failure.

They are doing remarkable work. But what is also remarkable is that there should be any mainstream New Zealand perception — as the media coverage implies — that this work is new or unprecendented. Any such mindset goes to show how far Māori have been identified in the national eye with being both poor and terminally helpless.

There is, of course, a difference between Māori working with the Crown and within the welfare state to bring about better outcomes for Māori — and Māori, or a section thereof, deciding to cut all ties. Many Māori don’t want to cut those social ties at all and spend Treaty settlements on taking over government functions.

Mark Solomon, one of the Ngāi Tahu leaders, made that view clear back in 2012 on Q+A when he was asked whether he thought the iwi role was to become the brown social welfare.

MARK: No, I do not. I do not believe that at all. Iwi, Māori, like all other citizens of this country. We are taxpayers, and we have the same right to access Crown funding for social delivery as every other sector of society.

I wonder what Mark will make of this. At the end of last year, a report was made public on the MSD website. MSD commissioned the report by Sapere Research Group to explore the possibilities of devolving Crown liability for social security on to Tūhoe. This was exploring possibilities rather than formulating a set plan, and is certainly not indicative of Crown policy. However, the very fact these possibilities are being debated and floated is important. These discussions must be monitored and kept public.

In my view, a balance must be struck between seeking common benefit or common good for all — and upholding rangatiratanga.

And I have a few warning bells in my mind.

According to this report, MSD is now working on measuring the liability for the Crown for Tūhoe’s long term welfare costs (in line with the investment approach). One of the more interesting parts of this “think piece” takes its shape from a question the report writers were asked:

We have been asked specifically by MSD as to how we would ‘sell the liability’ and, more specifically, if you wanted to ‘sell’ some of the [welfare] liability to Tūhoe, how would you do it?

Wow. Once we can put a price on “welfare”, anything is possible. One suggested model for ‘selling the liability’ could be:

Partial fiscal decentralisation. Under this option, the individual rights of the beneficiaries would be changed – or provision for an opt-out made – so that a calculated sum of money would be allocated to the Tūhoe to meet agreed social and economic objectives but with a degree of freedom to be negotiated for the Tūhoe to spend these funds more effectively than under the present centrally-managed system.

There is a lot of water to go under the bridge as yet. Tūhoe has not been consulted on these ideas, because (according to Sapere) they’ve required the Crown signatories to the services management plan first to expend the resources to carry out these investigations. It could be years before the shape of the Tūhoe solution to Tūhoe welfare is made public.

But it’s important to be aware that these are the kinds of directions being explored, with massive implications for the notion of a single welfare state. Whatever direction is chosen, if the relationship between any iwi in Tūhoe’s position and the Crown (in regards to welfare) is “divested” too far, the iwi could be the ones to suffer.

I’m awaiting the public conversation about Welfexit. Perhaps I shouldn’t hold my breath. So far, the anti-Welfexit “debate” is dominated by the usual suspects’ claims of corrupt iwi bureacracy and presumptions of separatism.

As always, the truth lies somewhere in between.