Stan Grant: Talking to my country 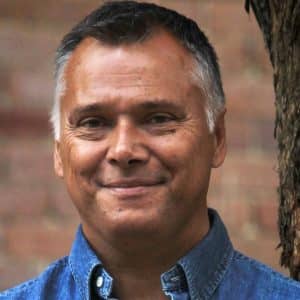 When Adam Goodes, an Indigenous Australian footballer, was abused and humiliated by football crowds in the winter of 2015, it was the writing of Stan Grant, a former foreign correspondent and Wiradjuri tribesman, that most powerfully challenged Australians to face themselves and “confront the darkest parts of this country”.

As he argues in this extract from his book Talking to My Country: “This wasn’t about sport; this was about our shared history and our failure to reconcile it. Some sought to deny this, others to excuse it, but when thousands of voices booed Adam Goodes, my people knew where that came from.”

I have started this so many times and stopped. I have tried to find the right words. It is so tempting to turn to rage and blame. I am angry: I know that. It flares suddenly and with the slightest provocation; it takes my breath away sometimes. I know where that comes from. I have seen it in my father and he inherited it from his father. It comes from the weight of history.

I am afraid too. And that comes from the same place. I have known this fear all my life. When I was young it used to make me feel sick, physically ill in the pit of my stomach. It was a fear of what could touch us — the sense of powerlessness, of being at the mercy of the intrusion of the police or the welfare officers who enforced laws that enshrined our exclusion and condemned us to poverty. It was a heavy hand that made people tremble. I see it still in my father. I see it as he tenses up just at the sight of a police car. He has done nothing wrong. But when he is pulled over for something as routine as a random breath test his heart beats faster and he fumbles his keys. We fear the state and we have every reason to. The state was designed to scare us. 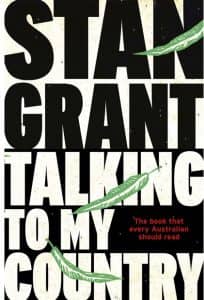 Australia still can’t decide whether we were settled or invaded. We have no doubt. Our people died defending their land and they had no doubt. The result though was the same for us whatever you call it. Within a generation the civilisations of the eastern seaboard — older than the Pharaohs — were ravaged.

Across Australia nations that had not seen a white man — Bandjalang, Kamilaroi, Ngarrindjeri, Arabana, Darumbal, Gurindji, Yawuru, Watjarri, Barkindji, and all of the other hundreds of distinct peoples, each with their law and song and dance, all of them separate with their own boundaries defined by kinship and trade — in the eyes of the British simply never existed.

Soon we would lose our names; names unique, inherited from our forefathers. Then our languages silenced. Soon children would be gone. This is how we disappear. Now Australians pay their respects to the elders of nations of which they have no idea.

I want to tell you how you have always sought to define us. You called us Aborigines: a word that meant nothing to my people. And in that one word you erased our true identities. Today we have to prove constantly who we are.

Australia’s own government records show how we have been defined and redefined sixty-seven times: sixty-seven versions of us. We were classified according to a so-called “quantum of blood”, “Full Blood”, “Half Caste”, “Quarter Caste”, “Octoroon”. Some were deemed to be Aborigines if they lived on a government mission or reserve; others were reclassified “white” if they lived in town. Some people were granted a special status — exempted from restrictive or discriminatory laws. Today there is a three-part definition: indigenous descent, indigenous identity and acknowledgment by the indigenous community.

Whenever we enrol in school, apply for a job or join a sports team there is a box to tick that asks if we are Aboriginal or Islander. No one else is asked this. If we tick yes we have to prove it. My children have to ask their grandfather — a member of the Wiradjuri Council of Elders — to verify the identity of his own flesh and blood.

I was raised to know I was the son of a Wiradjuri man and a Kamilaroi woman — this is my family, my heritage — yet in the eyes of the state my identity remains in flux. To proclaim myself an indigenous person is a political act, something to be negotiated between our bloodline and the law imposed on us.

It isn’t just here: we share this with indigenous people throughout the world. Together we are just five per cent of the global population and fifteen per cent of total poverty. But these are numbers, and faces and names are far too often forgotten.

Australians know so little about us. They know so little about what has happened here in their name. Perhaps they can talk about the American west: Sitting Bull and Custer and Little Big Horn. They may know of Caesar and Napoleon and Tutankhamen. But Pemulwuy? Windradyne? Jandamurra? What of these warriors and leaders who fought and died here for their land? What about the massacres of Myall Creek, Coniston or Risdon Cove?

I have always thought settler communities unique, they see new lands as something to be claimed, as places without a past. The people who have come here have left history behind. Settlers look out; they look forward. The mark of success is to leave a better life for your children. Settlers prove how much they belong by how far they have travelled, how much they have acquired.

Because history is ignored, though, because the darkness of our past often goes unspoken, does not mean it doesn’t plague us.

My country, I have hesitated to tell you of these things before. I have never been convinced you have wanted to hear. There are those now who will shrug. Others may pause and move on. But something else is moving in our country. We are looking again at reckoning with ourselves. I can feel it and many of you have told me you are ready.

In the winter of 2015 we turned to face ourselves. It happened in that place most sacred to us: the sporting field. Adam Goodes, an indigenous footballer, one of the greatest players of his generation, was abused and humiliated until he could take it no more.

As this man retreated from the field we were forced to confront the darkest parts of this country — black and white we are all formed by it. This wasn’t about sport; this was about our shared history and our failure to reconcile it. Some sought to deny this, others to excuse it, but when thousands of voices booed Adam Goodes, my people knew where that came from.

So here we are: all of us in this country — our country. Tethered to each other — black and white, the sons and daughters of settlers, the more recent migrants and my people with tens of thousands of years of tradition. I have to accept you because we are so few and have no choice. And anyway, you are in me and I am part of you. You can turn away from our plight, but while you do your anthem will forever ring hollow. And I don’t believe that is who you are.

The truth for me is that I love Australia and I must love its people. I have dear friends who are white and I love them. And I love the mother of my son. I love more easily than I can forgive. So we must learn who we are, and see ourselves as if for the first time.

All of this is our story. These are events and faces and memories all set against the drama of this land. Our lives are pages of a history still unwritten, a story of a place and its people; the sins and triumphs and how all of it has formed us.

The great American playwright Eugene O’Neill said: “There is no present or future, only the past happening over and over again.” The past is alive in me now. Its wounds rest deep and uneasily in our soul. I am the sum of many things but I am all history. And we are trapped in this history, all of us, and if we don’t understand it we will remain chained to it. I am the product of a name — Grant — and genes and story but above it all I am what you have made me.

© Talking to My Country
By Stan Grant
Published by HarperCollins

Stan Grant's speech on racism and the Australian dream.

I can tell you how Adam Goodes feels. Every Indigenous persons has felt it.