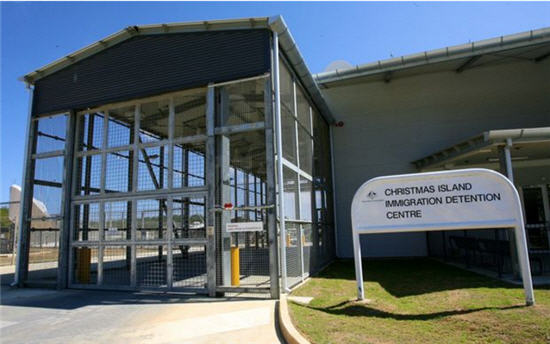 It’s hard to soften and cool the little hot knot of rage that has been living in my chest for the past few days. As a child of a trans-Tasman whānau I, or any member of my family, could have been caught up in the new harsh visa rules that are now likely to see Australia corral and deport up to 5000 New Zealanders, if not more, back to this country.

Young people who have never truly known any life other than an Australian life, who have made some significant but not necessarily irreparable mistakes, are killing themselves, or trying to kill themselves, to avoid being detained and deported to a strange land where nothing makes sense anymore. That’s what you do when you lose hope, and lose the meaningful connections that hold people, and their mental health, together.

It’s easy enough to take the once-over-lightly view (and I have plenty of Aussie whānau likely to take this tack too) that these deportees have committed crimes, and have been sentenced to be detained for at least a year at Her Majesty’s pleasure. And yes, I can see in some of these cases that deportation is at least justifiable, even if not just or fair in the overall context of the Australia/New Zealand relationship. Those who have committed serious crimes, and spent years inside, have proved more than a passing irritation to Australian society.

Sure, I get that. New Zealand has sentenced Mandeep Singh to 12 years imprisonment for the murder of his wife Parmita Rani. At the conclusion of his sentence, he will be deported back to his home country. Fine by me. Sometimes your own actions can revoke your right to be in a country not originally your own.

There will be several New Zealanders — maybe even scores or hundreds of them — like Mandeep Singh. We created those people and we raised them. They are our problems, and maybe even our monsters. Send them back here, and let’s suck it up.

But the tightening of the visa rules under the Migration Act 1958 late last year has introduced changes that, at first glance, probably look minor, but are clearly having major effects on people who are to all intents and purposes Australian-made.

So let’s clarify exactly what the problem is, and what the law now says. At issue is whether the person with the visa has breached the character test requirements of the visa. It is now deemed to be a “breach of character” to have a “substantial criminal record”. Here’s what the changes mean:

·         Prior to December last year, a “substantial criminal record” meant being sentenced to at least two years in jail. That limit is now 12 months (and note: sentenced not served).

·         Further: no account is taken of cumulative sentences. If you have been sentenced to a couple of six-month sentences to be served concurrently, that now counts as 12 months. (Before December last year, it would have counted for six months total.)

This lowering of the threshold is a widening of the net. Here’s the thing. I know people in my own family who have driven while disqualified. I’m not sure if they know, but the penalty for a first offence is often up to six months imprisonment (varying by state). Subsequent offences might carry up to two years.

So, having lived in Australia for all your remembered life, and been bloody stupid 10 years ago, and having racked up a couple of offences (like Driving While Disqualified or maybe an Excess Blood Alcohol), you get six months on two cumulative sentences. You serve two — and BOOM. You can now expect a knock at your door at 3.30 in the morning. It’s a “pre-dawn raid”. So say goodbye to the kids. And your partner. And your job. And everything you’ve ever known of the life you now live. Sound extreme? Okay. Make it petty theft then.

And what gets me is how this disproportionately affects New Zealanders. There has been an unexpected surge in numbers since December of New Zealanders having their visas cancelled. And now New Zealanders are the second largest group in detention in Australia behind Iranians.

Let me take a moment there…Shet!  DETENTION. I never imagined I’d ever be writing about New Zealanders in Australian detention camps. It had quite literally never occurred to me. And I get, too, that New Zealanders are not the only ones to be suffering now at the hands of the Aussies. The plight of detainees on Nauru is not any less shocking.

This is not an appeal based on the belief that New Zealanders are somehow better, or more worthy of compassion, than other groups. But the position of New Zealanders is quantifiably different in ways that make this whole situation feel like a betrayal.

Neither have most of the rest of my family. They have no intention of ever living in New Zealand. They are Australian, either by birth or by choice and by sheer weight of years and culture. But their connection to our whakapapa may be what keeps them from seeking citizenship. Perhaps it’s some loyalty to the idea of the whenua, even if only in the abstract.

In 1973 our two prime ministers agreed on a handshake deal that led to the Trans-Tasman Travel Arrangement. It wasn’t a creature of statute. Not an “international treaty”, either. It was simply an understanding about the special relationship that our two countries have shared for many decades.

It is directly as a result of that relationship that New Zealanders are less likely than any other immigrant group to take up citizenship — and therefore more likely than almost all other groups to suffer detention. Talk about a set-up.

And there’s more. Māori are even less likely to take up Australian citizenship, for a host of reasons. They are less likely to have resident visas and less likely to have the right combination of skills required for them to become permanent visa holders. Therefore, there is no path to citizenship and no social security support if it all goes pear-shaped. And their kids, in turn, are also less likely to become citizens, and, maybe (as a result of that fragility and disengagement) at higher risk of committing low level crime — you know, the kind that gets you cumulative sentences of three or six months.

So it seems to me that our Mozzie whānau are more likely, as a consequence of all these factors coalescing into a grim pathway, to get that 3.30am knock.They may be at a higher risk of suffering for past bad decisions than other families might be — and not because they have acted so much worse than other people.

There are hundreds of thousands of New Zealanders in Australia making that country a better place. What the hell are they now? Vermin to be quarantined and eradicated to score political points?

I know that, when we talk about the social contract, we usually mean the contract between a state and its citizens. But I think there has also been a kind of social contract or covenant between Australia and New Zealand by virtue of custom. At some point, New Zealanders make a kind of agreement with the Australian state to form the society in which they live,  just as other Aussies do.

They become so ingrained into the Australian way of life, directly because of the existence of this historical relationship, that there is some kind of obligation on the Australian state not to impose a disproportionate burden on those people because of their lack of an Aussie passport.

New Zealanders can live all their lives in Australia, growing up as Australians and make the same kinds of mistakes that other Australians make, for which they pay in the Australian criminal justice system that their taxes maintain. Fair do’s. Why are they being punished again for a status they likely could not help in the first place? Sure, the imprisonment is the entry level qualification. But, make no mistake. This is an issue of status, and discrimination on the grounds of that status.

Up to 5000 could be deported to New Zealand