Fertile ground for our storytellers 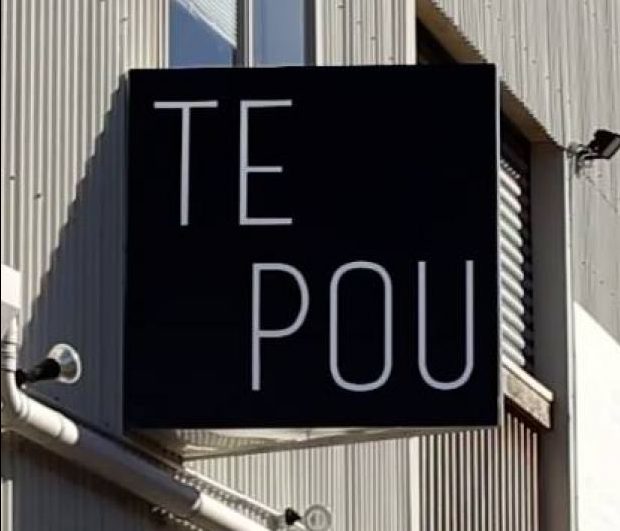 Actors joke about how they can make it look like they can do anything. Perform open heart surgery. Preside over a murder trial. Sprint at lightning speed. You name it. But it’s pretence. Get it? Pretending. We can’t actually DO anything. We spend our lives being other people, so we miss out on being ourselves.

Māori theatre practitioners, though, have recently challenged that idea. They have picked up tools and transformed an Auckland warehouse (in New Lynn) into a theatre space, where we can gather to create and perform.

The wero was laid down last year by Jason Te Kare, who you may remember as Boy in the original production of Waiora. Jason came back to work in Auckland, after spending 15 years in Wellington – and he posed a question through Facebook:

“I’m disappointed. Māori theatre in Tamaki? I’ve been here for five months and you’re still five years behind Wellington, yet you have five times more practitioners.”

That pushed a few buttons, as any self-respecting wero should. And, soon enough, a focus group was formed.

The big thing that came out of this conversation was a need for a space. Some place where we could go to make theatre by Māori, for Māori, in Māori, with Māori – and anyone else who wants to support Māori theatre. Many recalled Don Selwyn’s big warehouse on Williamson Ave. If it wasn’t actually a theatre space, it was at least a place to gather when you came through Auckland. 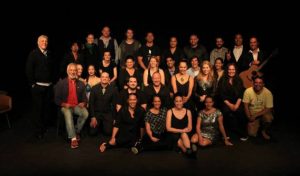 The gathering at the opening night for Te Pou

Last weekend marked the opening of that space. Te Pou brought together some of the great pioneers of Māori theatre, and those who support Māori in the arts.

The night kicked off with George Henare performing a song from Porgy and Bess – and he told the story of being in the first production ever granted permission to perform without African Americans playing the roles.

And so there was a night of celebration, reflection and some real treats. Rachel House, who spends most of her time directing these days, reprised her role as Tiriti in Woman Far Walking. (That reminded me how seeing her in this role in my early years as an actor really solidified my desire to work in theatre.) Jennifer Ward-Lealand performed one of Shakespeare’s sonnets in te reo. And, of course, the waiata made the place hum.

Te Pou marks a new beginning in our history as storytellers, prompted by that challenge laid down by Jason Te Kare on his return from Wellington. At the opening though, he was wondering whether his wero might have been worded more delicately.

“Next time,” he said, “I should use a can opener instead of a butcher’s knife when I want to open a can of worms”.

Well, the worms are out, and that means fertile soil for Māori theatre. Now I can’t wait to see what grows.