Still swimming to catch up 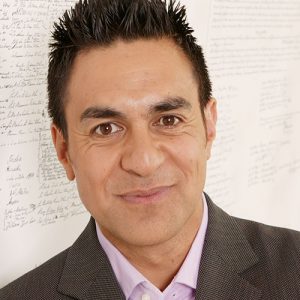 Julian Wilcox is pressed for a little more detail about his pathway into broadcasting.

First of all, your whakapapa, please?

My pāpā’s is Ngāpuhi on both sides of his whakapapa, stretching from Hokianga to Taumārere, (or Taumārere to Hokianga – depending on who you’re talking to). He was brought up in a small town called Tautoro. We also have Ngāti Porou links through our Whiu whakapapa, links to Waikato/Tainui through our great-great grandmother, and to Taranaki through our Te Māhurehure affiliations. My karani pāpā was brought up in Waimā and was a very humble and quiet man. My karani māmā was the complete opposite, so I’m told! People still refer to us as ‘Ngā mokopuna ā Tare’, the sheriff of Tautoro.

Mum is a Tūwharetoa/Te Arawa descendant born and bred in Ohinemutu. We always used to go and stay with Aunty Maureen for holidays and go see our Grandfather (Lolo) Irikau and Grandmother (Narn) Rhona Kingi in Rotorua. Our grandfather was a staunch Te Arawa and Tūwharetoa man who, I suspect, thanked the Lord my cousins were a lot more competent in the linguistic and cultural capacity than his third youngest mokopuna. My grandmother was a beautiful Pākehā nanny who taught me that one should always do unto others as one would have done unto them.

My name comes from my Mum’s first cousin, Julian Clubb. I never met him – he died not long after I was born. But I am have been told consistently, and most prominently by his sister Aunty Leah Ratana, that I possess his cheekiness, but none of his work ethic! Many of my generation are taking Māori names in place of their birth names as they embark further along their language journey, and I support them to do so. But I’ll never do that – even though I have Māori middle names, I’m proud to have my uncle’s name, and I hope to one day do justice to it.

You’re a Te Aute boy. I wonder how that came about?

The three of us kids (Lenaire, Alastair and me) weren’t brought up speaking Māori, even though Mum and Dad were speakers. I was more interested in horses than te reo Māori. We lived in Upper Hutt, not far from the Trentham racecourse – and we used to go to the races or have a bit of a flutter at the TAB.

Actually, as an 11-year-old, I knew my horse whakapapa much better than my own whakapapa. One horse, in particular, that I followed was Gaffa, ridden by the champion jockey David Walsh, and one day, knowing my interest in him, my mum asked me where Gaffa was running that day.

I told her that it was at Te Aroha – which is a simple enough place-name. But I came out with the standard, mangled Pakeha pronunciation of “tee eh-row-hah”.

She said: “What? What do you mean? What’s ‘tee eh-row-hah’?”  She was hugely disappointed and perturbed that one of her offspring couldn’t pronounce something as straightforward as Te Aroha.

There had been this real resurgence and renaissance among Māori, especially in the Wellington community, kōhanga reo were springing up, the Pātea Māori Club had just come out with Poi E, Mum was at Victoria University studying, under “the koroua”, Professor Hirini Moko Mead for her tohu Māoritanga diploma in te reo… and here was me unable to pronounce Te Aroha.

As far as Mum was concerned, that was it. She said: “Right. You’re going to Te Aute.” No debate. No seeking my opinion. That was where I would be heading.

Well, how did that go?

I didn’t think I’d get in, to be honest, because I didn’t have a clue about things Māori. I didn’t really know who I was. At Fergusson Intermediate, in Upper Hutt, I had a mate who was part Italian. I could pass myself off as Italian because of my skin colour. So I’d say I was Italian.

At that stage in my life, I felt it wasn’t cool to be Māori, and yet here I was being sent miles away from home to a Māori boarding school which I hadn’t even heard of – where all these boys knew their whakapapa, mostly Ngāti Porou, inside out. And I didn’t know much at all about who I was.

But at Te Aute everything Māori was seen as cool. And that caused an awakening in me – especially because there were guys like Anaru Takurua who inculcated in us a sense of responsibility to work for our culture and our language, and to help ensure their survival.

Then in 1991, on an exchange trip to America, I felt a growing sense of pride in being Māori – and that’s when I really started learning for the first time, throwing myself in at the deep end where, even though I knew I couldn’t speak Māori, I tried to use it as much as I could.

There were times, though, when the motivation was, at least partly, about trying to impress members of the opposite sex. For example, like  in a fruit shop where we’d spot some girls, we’d start with “Tēnā koe” and then launch into the Lord’s Prayer, as if it was just a part of our conversation: “E tō matou Matua i te rangi, Kia tapu tou ingoa…”

I know that sounds really dumb. But that’s what we did – and it served the purpose too of me getting as much mileage as I could from my limited vocabulary.

So I did make headway. And I’ve kept swimming to catch up. Not to the point where I can call myself a fluent speaker. I’m not fluent because I think you have to be brought up as a native speaker to be classified as fluent. I’m competent. Although sometimes not comprehensible – apparently!

I imagine that exchange trip to the US would’ve had some impact on you as a person? Can you tell us about that?

I remember there were two overseas exchange students at Northfield High School (in Vermont) where I spent a year (in 1991). One of them could speak Spanish and the other was a guy (me) they assumed was Australian. I’d try to explain that I wasn’t an Aussie, that I came from New Zealand and that our language there was Māori. I had to fudge it quite a bit in trying to demonstrate this Māori language. They’d always try and get me to say things like “Mad dog puke in your face” in te reo. Americans – go figure.

But it dawned on me that what gave me my place in the world wasn’t that I was a New Zealand citizen but that I was Māori and, as a result, shared a special, distinctive culture. That’s when it really hit me that I needed to connect myself with things Māori – and to dedicate myself to that cause.

That US experience was something quite different from the paths your  sister and brother were taking. Tell us something about them.

To be honest with you, they’re the more talented ones in the whānau. My sister Lenaire did Māori for School Cert, and then in the 6th and 7th form at Tawa College. And, because I was a dumb little kid, I remember thinking: “What are you going to use Māori for?” But she was intelligent and she was on to it – and had more capacity than I had at that age to comprehend Māori. It’s just a quirk of fate that I’m the guy in the whānau who’s known for speaking Māori.

My brother Alastair is a real quiet guy, like my father. He’s big and strong. My role model. He looked after me – and it would’ve been better if he, instead of me, went to Te Aute. He’s the kaitiaki. And no-one messes with him. He’s the doer and can make stuff. A real man – whereas I’m a kinda wussy guy who just talks.

Who was it that nurtured your love of the reo when you moved out into the adult world?

At Te Aute I was a big fish in a small pond. Tama Potaka and I were co-head boys in our last year, but it was a little bit scary to step out into the big, wide world so I wanted to stay connected to those who’d helped shape my Māoriness at school.

But then I was asked to be an announcer at Te Ūpoko o Te Ika at the Māori radio station in Wellington. I was excited because they wanted me to do the breakfast show. But my dad was against that. Why? “Because,” he said, “you don’t speak Ngāpuhi”.  Naturally, at Te Aute, I’d been learning Ngāti Porou.

But, when I went back with the sad news to Henare Kingi at Te Ūpoko o Te Ika, he undertook to look after me. That took care of Dad’s concern about my reo not being Ngāpuhi enough because Henare was the Ngāpuhi kaumātua, as well as a consummate broadcaster.

Another plus of being taken under Henare’s wing was that by keeping company with him I was able to hang out and chat with all these old people at the hui – like Aunty Iris Whaanga, Aunty Vera Morgan, Aunty Taukiri Thompson, Aunty Sophie Rako, Uncle Rau Pou. I’d go to church on Sunday too because that’s where all the kaumātua and the native speakers were. And, instead of going to parties, I’d go to hui. My party pill was te reo.

I still believe in Māori Television and I’m committed to it because I see it as the visible face of the revival after the protest and struggle in the 1970s, and earlier, to ensure that we didn’t lose our identity and that we and our language should survive and grow. So I believe in the kaupapa. That’s our raison d’etre.

I’ve also tried to carry my fervour and love for te reo everywhere I go – including my current role in Christchurch with Te Rūnanga o Ngāi Tahu. I’m pretty lucky to be here, both in Christchurch and at Ngāi Tahu. And I’ve noticed that I’ve been allowed to continue with my indulgences for te reo, and for the Hurricanes, here. It’s true – he ngākau aroha is a living and breathing thing here. And it’s something I’ll take with me – wherever and whatever the future journey is, alongside my never-ending journey of learning te reo Māori.