A soul sister who can do it all 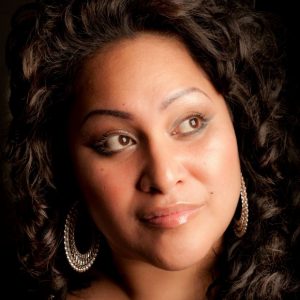 Bella Kalolo has no issue with taxi drivers. She appreciates the valuable role they play, especially for touring musicians, like her. But there was a moment when she feared she’d be seeing out her days as a cabbie’s wife in South America – and she wasn’t relishing that prospect at all.

At the time, Bella was 18, travelling by herself and in deep discussion with an Argentinian airport official. He was adamant she needed to give him a US$15 departure tax if she wanted to return to New Zealand any time soon.

Bella thought that, having already paid that amount to another official for the same reason, she had things covered. And, having budgeted out everything to her very last dollar, she was now totally skint.

The dodgy official wasn’t budging though. He was becoming more and more agitated too. Bella’s nearest mate was a two hour drive away. And now it was only 90 minutes until her non-refundable flight would be taking off. Things were getting desperate.

“I lost it,” she says. “All I could think was that I was going to have to marry a cab driver and live in Argentina forever.”

Eventually, the official accepted that, no matter how much bullying he did, the churned-up teen couldn’t muster a cent. He maintained his hard stance, though, by relieving her of a soft toy which she’d just been given, before allowing her to pass. But at least that meant Bella was free to return to Aotearoa – and to put off decisions on marriage until a later date.

You can understand why emotions were high for Bella after the rollercoaster ride she’d had in the 12-months leading up to that point.

The edgy soul singer, one of the finest and most versatile vocalists we’ve produced, had decided that a year overseas would be a good move now that she was finishing at Burnside High. That travel option came about when she landed an AFS scholarship through the Pacific Island Business Trust – and she began imagining herself having a white Christmas, perhaps in Switzerland or the US. 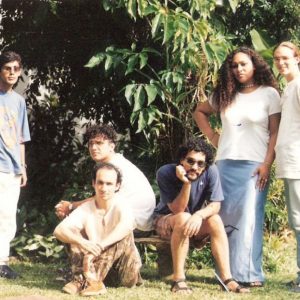 Instead, she ended up in Paraguay – quite a culture shock for a girl mostly raised as Samoan in Christchurch.

Bella recalls being rattled by the disparity in wealth when she first arrived in South America. For instance, from among her classmates there was one living in a mansion and another in a ramshackle hut that they’d cobbled together themselves.

Bella’s new accommodation was sturdy enough, but her host family ran a shop in the garage underneath it and often, against the hosting rules, she was left to run that by herself. Her Spanish wasn’t her biggest asset then either.

“I was so homesick,” she says. “I would bawl and bawl on the phone.”

Then she fell seriously ill with a tummy bug. Her hosts weren’t all that sympathetic. They thought she was pretending. So Bella caught up with an AFS representative and said she’d had enough. An ambulance got her to hospital where she took a week to come right.

She then moved to a new home and, after being overheard singing with a Kiwi friend while doing the dishes, she joined a rock band called Dos Tribus who drew big crowds and hit the top 10 in the Paraguayan charts.

After yet another move, this time to near the Argentinian border, she was offered a spot in the Paraguayan Girls’ Choir and performed in various places including Brazil and Italy, where her group came fourth in the World Choir Champs.

“I’d stopped crying down the phone to New Zealand by then,” she says. “I was really living.”

But then her year was up – and it was time for her airport showdown and her return home.

That meant even more music.

Music had been a constant when she was growing up in Bishopdale, and later Wainoni, in Christchurch. Her parents sang together in a country covers duo at weddings and birthdays – and when mum decided to hang up her cowgirl boots, her Samoan/Tongan/Chinese dad roped in his five-year-old daughter.

“We rehearsed every night doing tunes like Crazy by Patsy Kline,” says Bella. “I grew to love it.” 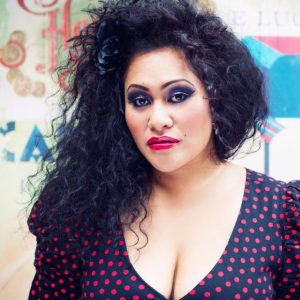 She was also getting plenty of gospel exposure at her Pacific Island Presbyterian Church – and, when she was singing in her bedroom, it was mostly Whitney Houston doing the teaching. There were stints studying guitar, piano and drama too.

When her mum re-married, there were more musical flavours coming from Bella’s new dad Lauvi Fetuao Sopoaga. He was a justice of the peace and a Pacific liaison officer, but, more importantly, he played the organ at St Paul’s Presbyterian Church. Bella recalls spending hours rehearsing with him and her mum around the piano in the kitchen.

Home wasn’t just full of sounds, though. Her mum, Aneriueta-Teta, was a keen academic – so keen that Bella wonders if she was addicted to study. She ripped into everything, including te reo Maori when she found out, while Bella was at high school, that her side of the family had a Ngati Porou whakapapa as well as Samoan.

“We could hardly keep pace with what she was studying, but she definitely got her masters in correcting us kids,” laughs Bella. “She loved doing that.”

Bella, who is now based in Wellington, did some study herself and has a national certificate in communicating with people with disabilities. And if you’re starting to suspect that all those life experiences might have left her with a level head, you’d be spot-on according to her manager Ayesha Key.

“I love going on tour with her,” says Ayesha. “Girls can get catty, but with Bella there’s no bullshit.

“She knows how to have a laugh at herself and you want to be around her and see her succeed.”

There’s already been any amount of success with, for example, major roles in musicals like The Lion King and Hair. But Bella has a different take. For her, success involves “having people wanting to work with you, having an ability to cross industries and being joyous throughout all of them, and being able to pass things on – like helping a student to hit a higher note.”

Singers can be inclined to be self-focused. That’s not necessarily a criticism, but people who want all eyes on them, often while they sing about what they’ve been through, aren’t always put together the same as those who enjoy watching or playing support roles.

Bella wears all those shoes very comfortably though. She doesn’t see helping others as being in conflict with what she’s trying to achieve. So she gives singing lessons to a handful of lucky Wellington students, when she can fit that in. And her reputation as a backing singer is formidable.

Over the years, there have been a number of artists whose recordings or shows have been enhanced by Bella’s voice. Fat Freddy’s Drop, Dave Dobbyn, Delta Goodrem and Don McGlashan, for instance. Hollie Smith and Aaradhna as well. She says “blending with others” makes her happy.

Still, she wanted to take the reins and launch her solo career, which is what has happened with a big dose of help from her husband Ali Isdale. He plays bass and leads Bella’s backing group The Soul Symphony.

Since taking on her own songs, Bella has performed at big festivals including Glastonbury in the UK and Java Jazz in Indonesia. But the biggest highlight came earlier this year in Sydney when a festival director knocked on her green-room door after a performance. He said someone wanted to meet her. 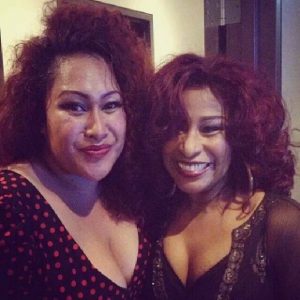 “I thought it would be a little girl wanting something signed,” says Bella. “But in walked Chaka Khan with her entourage.”

Chaka, whose biggest hits include I Feel For You and I’m Every Woman, is one of Bella’s all-time musical heroes. Bella had told her band that she knew Chaka was in Sydney at the time and she hoped to catch a glimpse of her.

Instead, though, Chaka had watched Bella perform and was here to ask if she’d join her on stage in a couple of days. While Bella was still digesting that info, Chaka took their new relationship to another level.

“After I’ve performed, I sweat like Niagara Falls,” laughs Bella. “And she started patting my face down with a towel.”

Some rearranging had to be done, but Bella can now tick off singing live with Chaka Khan.

Her CV was already showing her to be a rock chick, choir girl and much much more. But the list keeps growing.