Scotty and his fateful (or flukey?) reo journey 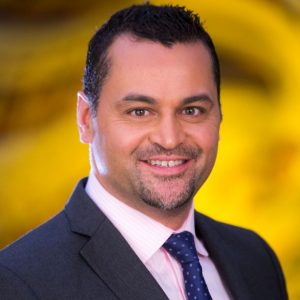 Is your name Scotty Morrison, or do you have a Māori handle tucked away somewhere in there?

I was fortunate to be gifted the name Te Manahau Morrison at one of the kura reo in Rotorua six or seven years ago. In the wharenui one night, in front of about 200 students, Timoti Karetu got up and announced that he and Mate Kaiwai and Te Haumihiata Mason and Wharehuia Milroy and Wassie Shortland had decided that I needed a Māori name and that, from here on, within the kura community anyway, I would be known as Te Manahau.

The reasoning was that manahau means happy and in good spirits. I was in the habit of walking around with a smile on my face. Being jovial — and with a pretty happy disposition at most times. So they thought that Te Manahau would be an appropriate name for me. I don’t enforce it myself but, if other people want to call me that, then that’s fine.

Tell us about your mum and dad and their family.

My dad’s parents were Te Puhi o Te Arawa Mitchell and Tupara Morrison. And, on my mum’s side were Nell and Tom Trafford, who were English and were farmers at Aria down by Piopio before they moved into Hamilton.

My mum (Bev) met dad (John) in Rotorua and after they got together, they had four children. Campbell, the oldest, was born profoundly deaf because Mum had German measles when she was pregnant with him — and that’s meant we’ve all managed to pick up some sign language. I’m about 30 per cent fluent in signing. After Campbell, there was Andrea, then Paora, then me. All of us born and bred (and off to school) in Rotorua

So you were the baby? Pampered and spoilt, I suppose.

I wouldn’t go that far. More like pushed around and shoved to the back of the queue.

What about the reo? Was your dad a speaker?

No. He was one of those from the missing generation. He and his five brothers and sisters all missed out on the reo. He didn’t have it at all. Or what he had was fairly basic. So, although we were brought up in a strong Māori community, there was no reo in the house. And, of course, in those days there was no kōhanga or things like that.

We knew we were Māori, we were brought up with our Māori cousins, spent a lot of time on the marae, and heard whaikorero and karanga. But that’s about as far as it went.

How comfortable was your mum in Māori settings?

She was quite amazing. Very supportive of us like when we were in kapa haka teams. And, even to this day, she’s the one who comes to all the Ngāti Whakaue tangi and hui, to the performances at Te Matatini and so on. Dad, who was the head of phys ed at Rotorua Boys’ High, was more inclined to hang out with the boys. He was an outstanding footballer. Captained the Bay of Plenty reps who went close to winning the Ranfurly Shield off Auckland in 1960. And there’ve been people telling me: “Your old man should’ve been an All Black, boy.”

The story goes that the All Black selectors picked him in their shadow All Black team for a trial game. The trouble was that he was a second five and they wanted to put him on the wing. He told them “no thanks”. And there went any chance of him ever making the All Blacks.

How did reo Māori become a part of your world?

Well, some would say it was fate. Others would say it was a fluke. At high school (Western Heights High) I was more focused on sporting endeavours than on schoolwork. In the classroom, I did just enough to get by. But our volleyball team were national champions and in rugby — I was a second five — we held the Moascar Cup for nearly three years. It could’ve been more except that, against Tauranga Boys High, but Adrian Cashmore got an intercept try in the last minute and stole the cup off us.

But, overall, we had a great time in sport. And, when the Māori language teacher came to the 1st XV to recruit us for kapa haka, none of us wanted to know about it. We told him we couldn’t because we had St Stephen’s challenging for the Moascar Cup that weekend.

The following year I went to Teachers College in Hamilton. When I was choosing what papers to do, my mates told me to make sure to pick classes in the first four days of the week. That way you could have a three day weekend, which was very appealing. And a Māori language class just happened to fit perfectly into that arrangement. So that’s how I got started.

I spent that first year in one of the halls of residence. But, then I went flatting with Timi-i-te-Pō Hohepa and Finney Davis who were both fluent reo speakers and spoke Māori all the time back in the flat. So I was getting formal language training at college and then immersion in conversational Māori with my flatmates.

What gives you the most satisfaction, as a teacher, from imparting the reo to others?

I think it’s giving people the same emotional experience that I had when I started learning Māori. I remember my mate Finney Davis telling me that once you start to dream in te reo that’s when it’s coming alive in you. He believed that, especially in Māori people, the language is bequeathed. It’s in our genetic make-up. The potential to speak Māori is there. It’s sleeping in all of us. You’ve just got to shake it and wake it and get it going again … and give it its energy and life.

I get a real buzz out of providing the catalyst for that to happen. There’s a spiritual reward for people who learn te reo. For Māori, it completes them as a person. There’s no monetary value you can put on that. I feel very humble that I am able to help our people through that process. Through the whakama, especially when it’s your own language and where there are expectations that you should be able to speak your own language. The sense of loss. And the added difficulty of learning as an adult.

Going through that process can be rewarding physically too because it can open career doors. But the real rewards are spiritual and emotional when you can finally converse in the language of your ancestors.

Scotty Morrison(Ngāti Whakaue) is the presenter of current affairs programmes Te Karereand Marae. He holds a Master’s degree (Education), is currently working towards his PhD, and has been an Adjunct Professor and the Director of Māori Student and Community Engagement at Auckland’s Unitec Institute of Technology. He is the author of the bestselling The Raupō Phrasebook of Modern Māori and Māori Made Easy.