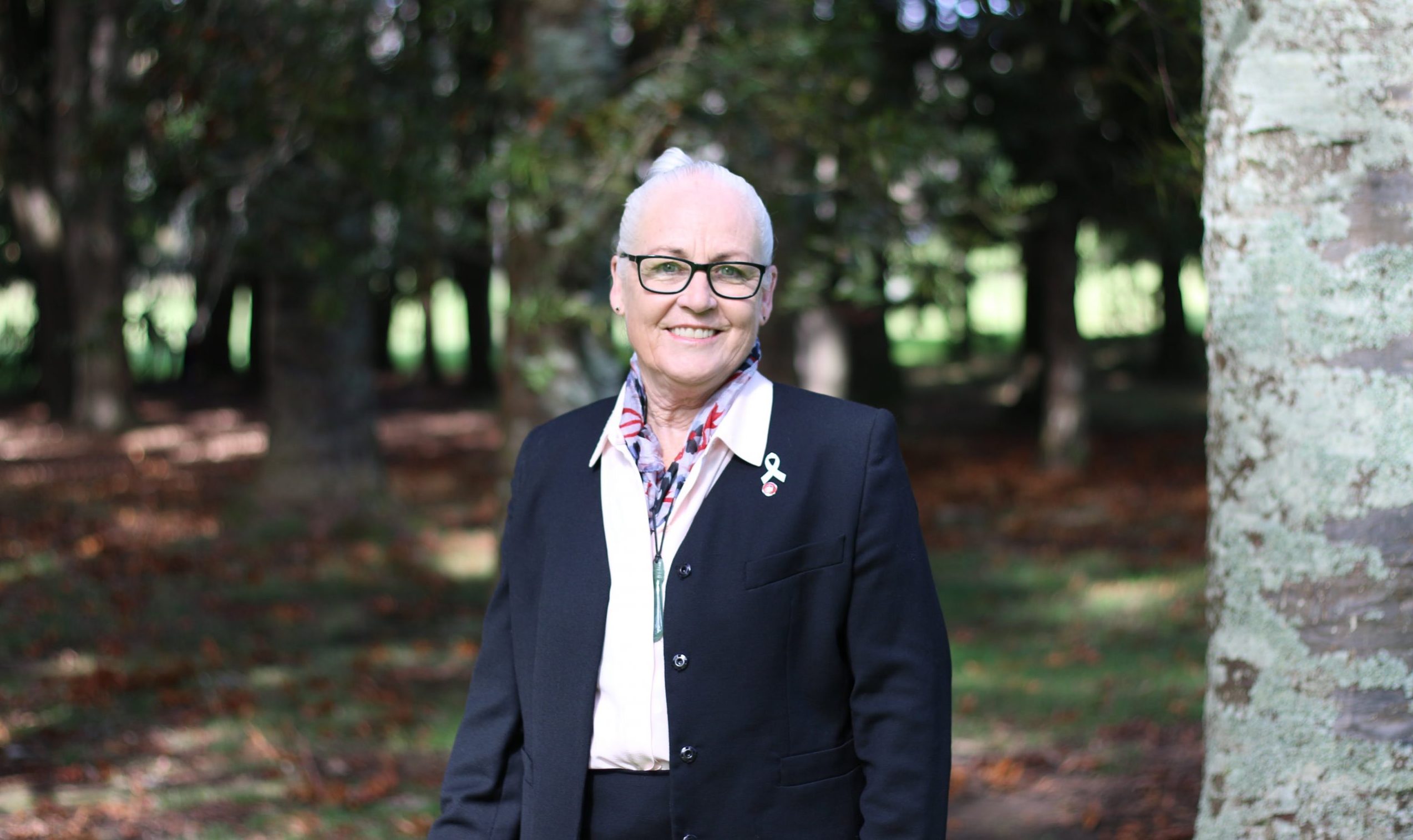 Michelle Kidd: “I light a candle every day for our people in our prisons.” (Photo supplied)

Whaea Michelle has been a unique presence at the Auckland District Court for a quarter of a century.

She’s there to help families and defendants navigate their way through a complex system toward the avenues that can help them address the root causes of their violence and offending.

Her role, Te Kaihono ki te Rangimarie, is independent of the Ministry of Justice and funded by a charitable trust. She says it fills a hole in the system for compassion and understanding.

She talked to Dale Husband about her work and why she does it.

I have tried very hard over 25 years to bring humanity to a system that has let so many of us down.

I don’t have a magnetic personality. I’ve always said that. But I know how to sit with people. I can have a kōrero with them. And when their mental health is so bad that they can’t even consider having a conversation with, as they would put it, “the fucking lawyers”, then I can give them a hug and just sit with them.

In return, people are honest with me. I started off as a volunteer with the Methodist Mission for the homeless. People would come in and sit down and say: “Whaea, I need your help.” And I’d say: “Oh no. What’s happened, dear?”

And one day, one of them said to me: “I killed my child.”

So I said: “I don’t want you to say that again yet, dear. Let’s just sit here and we’ll talk about your little one.” And in that way, I was able not only to grieve with her, but then to get her a lawyer, who took her to the police with me. You know, so that she was never alone through the whole process.

She was living in a women’s refuge at the time. For me, the way we went about things was far better than having a police officer storm into that refuge and pull that woman out.

So, I’m here to change justice in my own small way, as well as to challenge those who are working in a system where there is racism and there is classism.

Sometimes, when you have so many people coming through a court, it’s easy to forget that they are surrounded by circumstances that were beyond their control as children. I’ve listened to all of it. All of their troubles, whether they were due to mental health, alcoholism, drug addiction.

And all those things began when they were children. These people did not just suddenly arrive in the system out of nowhere at the age of 32.

We have to fix whānau, to fix family. And if we do that, there’ll be nobody in front of our courts. For me, that is the paramount thing to focus on within the justice system.

We need to learn how to love, and it starts with our language and respect for one another. That’s why I don’t like the word “kid”. You don’t drag your children down to court, saying: “Come here, you kids,” or something like that. Because they’re children, they’re tamariki. They deserve a gentle name. To call them kids is disrespectful to them. It’s demeaning. We tether kids — they’re baby goats. We tie them up so they can chew the grass.

I recall one girl dragging her children down to court, saying: “You fucking kids get over here.” And I said to her: “Kōtiro, come here.”

She’d brought all the children in because her husband had gone into custody. She was angry. She was frightened. And so, I said no more to her than: “We don’t call them that anymore now. We give them the name children, tamariki mā, or child.”

And she thanked me later. She said: “I realised I was taking it all out on my children, Whaea. And I’m sorry for that.”

We leave the mothers with all the responsibility when someone goes to jail. And trying to raise children is hard. I can tell you this from experience. I had eight children myself, and trying to raise them with no money was hard enough in my day, let alone with the pressures as there are today.

You’re meant to look a certain way, you’re meant to have certain clothing today. We didn’t have that then and it was hard enough. But the pressure on families today, I think, is much more than when I was raising my tamariki mā. Truly.

I was sent to a convent when I was young — I’m 70 years old now — and I lived with nuns from the age of seven. From them, I learned that you must be humble in your work, and you must walk beside people who need help.

There are still racists within this system of justice, and there are still people who look down on people who are poor. There’s a quote that guides me when I come across that. It’s from Paulo Freire about the need to act in those situations. It’s hanging on my door.

It says: “Washing one’s hands of the conflict between the powerful and the powerless means to side with the powerful, not to be neutral.”

That’s why I do what I do. So that I’m siding with the powerless. There are still racist people (even unconsciously so) in the system, and others who look down on us. At the end of the day, I will stand beside those who need me, whether or not people like it.

The majority of the lawyers love it that I’m here. Because they can come to me and say: “Whaea, I’ve got so-and-so down in the cells, and he’s really playing up. Please, it’s beyond my scope. Can you come down?”

And so I say: “Yes, of course, dear.” And I’ll go down and talk to them. One of those lawyers actually wrote a long letter to me after one of those situations, to thank me.

I’d spent some time with one of his clients, who was really struggling. This man’s mother had died earlier in the year after he, as the eldest child, had made the decision to withdraw life support from her.

At the time, he was charged with a number of fairly serious offences, leading to a remand in custody. As a result of the remand, he missed his mother’s funeral. Then he was granted electronically monitored bail on very strict conditions, which prevented him from leaving his address to do even simple things such as go to the laundromat.

He hadn’t slept in several days, and he was in an incredible state of distress. He left his address without approval to see his kaumātua for spiritual guidance because his mother had started appearing to him.

It was very, very real for him. And he was worried that she was appearing to him, either because he’d made the decision to withdraw life support or because he hadn’t been there for the funeral.

His lawyer just didn’t know how to effectively communicate with him to relieve his distress.

On that occasion, I was able to help. I went to see the client, and he explained his situation.

My feeling was that he hadn’t really completed the proper process for grieving. He hadn’t visited his mother’s urupā — which he needed to do so that his mother could be at peace.

So, I said karakia and sang waiata with him. And he cried and cried. Which, especially for men, is a pretty big deal. I was then able to connect the man and his lawyer with some of the bail support services which I’d fought for over the years. And they were able to assist him with practical matters while he was on bail.

Once he was before the court, we were able to explain the situation and all the steps that had been taken to ensure that he could safely be readmitted to bail. The judge was on board and bail was granted.

After that, the lawyer wrote these words to me:

“No one else involved in District Court would have been able to present for this defendant in the way that you were for him. You bought a depth of compassion and understanding of spiritual matters that gave him some brief relief from his state of distress, while also assisting in other ways that are practical ways to ensure we could persuasively and successfully argue for his readmission to bail.

Your presence fills a number of gaps that participants in court proceedings, judges, prosecutors, probation officers, defence lawyers often cannot fill for defendants, the families and others attending court.”

We can change things from the flax roots as long as we’re brave enough. I’ve proven that, and I’m just one person. To do that, you have to absorb the racism, absorb the classism, and then find a different way to present solutions in a way that is gentle.

One girl was sent back to prison as a punishment and had all her hair cut off. She knew that she was going back into a violent area with a gang. There was no need for that to happen other than as a punishment.

If you’re going to rehabilitate people, you have to be loving towards them when they fall off the right path. It is not a short process and punishments shouldn’t be dealt out to people who are trying.

Really, if they fall, it means that we are letting them down because we haven’t followed through for them.

So, I light a candle every day for our people in our prisons.

And one of my girls in there has just written to me. She says: “Keep lighting that candle for us, Whaea. It means a lot to the girls that know what that stands for. Hope.”

As told to Dale Husband and Connie Buchanan.

Te Rangimarie Charitable Trust exists to support the work of Whaea Michelle and is dependent on donations  www.rangimarie.org/donate–contact. 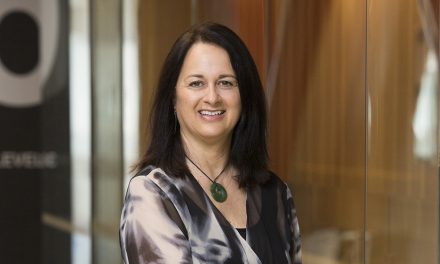 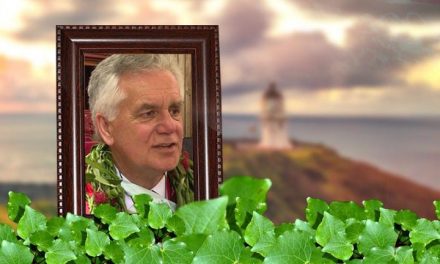 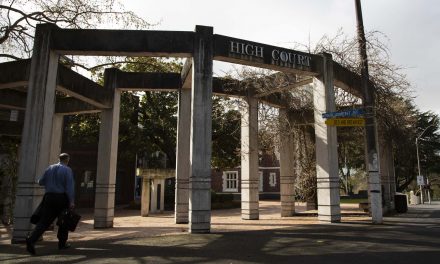 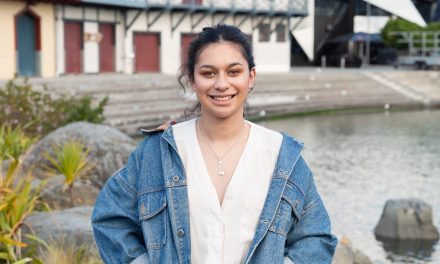 Tamatha Paul: Show up and be counted