Mōteatea: A window into the world of our ancestors 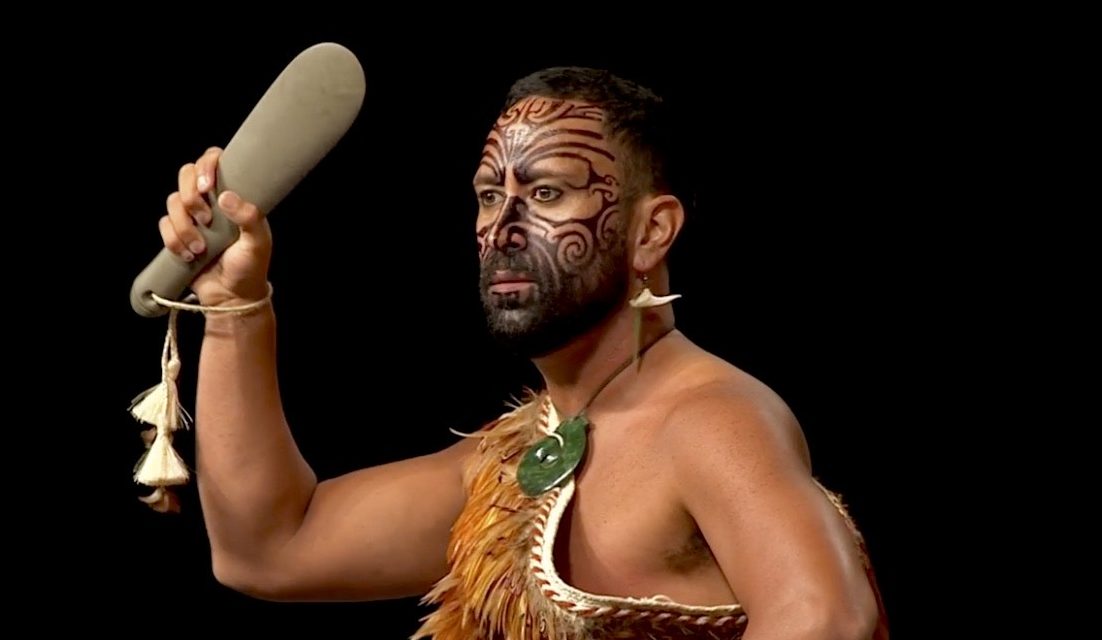 The Kupu Festival took place this week in Rotorua, the largest literary celebration of Māori writers we’ve yet seen.

The festival celebrates writers across all genres, including those who are reviving ancient forms of Māori creative expression, such as mōteatea.

Here, composer Tenga Rangitauira explains what mōteatea is and why it’s so close to his heart.

I grew up in Ruamata on the shores of Lake Rotorua — where, from the age of six, every morning, for about half an hour, us tamariki had to lie on our backs and sing mōteatea.

We not only learned our own mōteatea from Ngāti Whakaue, but also those of other iwi.

Some of which were long. Like the famous oriori Pōpō. It’s just verse after verse.

You can imagine us young children, lying there on our backs, singing away, and thinking: When does this end?

But now, no matter how long the gap is between singing those songs, it’s impossible to forget the words. We learned them by ear, so they were truly instilled in us. And that’s really where my love of mōteatea began.

He aha tēnei mea te mōteatea — so what is this thing that we call the mōteatea?

Some people think they’re merely a melody with words. Ki a au, he matapihi ki te ao o wō tātou tūpuna. To me, they’re a window into the world of our ancestors.

Within the mōteatea are kura huna, or secret knowledge. They give us not only a glimpse into the customs, the language and beliefs of the time, but also an insight into our ancestors’ way of thinking and their emotions at the time of composing.

While the word mōteatea is sometimes used to refer to all forms of waiata, it is most properly a lament. They’re songs of sadness, of farewell, of loss and grieving. Full of poetry and imagery, simile and metaphor, they’re the most emotional of the waiata in our kapa haka.

Before my dad, Rawiri Rangitauira, passed away, he’d started researching around 100 mōteatea of Ngāti Whakaue for a book. When he died, the collection was passed on to me to complete, but the task was far too great and important for one person to undertake.

So, it became a family project where each of my five siblings and I played a part, with the help of many others, such as Dad’s relatives and close friends from Ngāti Whakaue. It was a labour of love.

From its inception, it took 12 years to complete this book. That’s after our whānau whittled down Dad’s original list of 100 mōteatea to a more managaeable 40 to research and understand.

During the last four years or so, our mother, Dr Cathy Dewes, took over the reins to make sure the book was of a high standard. I see it as a final project between Mum and Dad.

Out of all of the mōteatea we chose, my favourite is Te Tau E by Hinemoa. It’s such a beautiful example of the taonga that our mōteatea carry. And it’s one that I unearthed quite by chance.

In 2010, I was at Waikato University doing some thesis research, and I started going through the manuscripts of the great Te Arawa scholar Wi Maihi Te Rangikāheke.

I was flipping through these huge pages of manuscript, when I stumbled across Te Tau E. By Hinemoa. And I thought: Nah, this can’t be our Hinemoa.

I took a photo with my phone and I brought it back to Rotorua. And I asked if anyone had heard of it. No one had, not even Dad. That’s how close we were to losing knowledge of its existence.

The story of our ancestor Hinemoa and her beloved Tūtānekai is a very famous one. It’s the love story which inspired the lyrics of “Pokarekare Ana”.

At its most romantic level, it’s seen as this sort of fairytale about a beautiful princess who wanted to be with her prince. Against the wishes of her father, and despite his efforts to stop her, Hinemoa swam from Owhata on the mainland to the island of Mokaia, to be with Tūtānekai. She made it, they were married, and then everyone lived happily ever after — that sort of thing.

The mōteatea that Hinemoa wrote, which I found in the manuscript that day, makes their story so much more human.

The first line, te tau a te rau, tells us that Tūtānekai was adored by multitudes, despite his supposed low status as a “bastard child”. We get this insight into his character — that he was widely liked — and perhaps can understand why Hinemoa found him so appealing and was willing to defy her father.

Hinemoa composed Te Tau E to mourn Tūtānekai’s death. We learn from her composition that he suffered a terrible, all-encompassing disease that resulted in what appears to have been quite a cruel death. Then she reveals the depth of her pain at his passing.

Bury me within the pit of the destruction of our enemies, wherein the soul shall perish.

The words rua-haeroa are referring to an old practice where they dug two pits: one for the body of the deceased, and the other to extinguish that person’s spirit — to prevent it from moving on to another realm, or from roaming the physical world.

Did Hinemoa mean she wanted that for herself? Did she not want to live here without her husband? Or was it more of a metaphor for how deep her sadness was?

We’ll never know. When we look through the windows of mōteatea, they can be opaque. Nevertheless, the mōteatea has returned to the living that custom of the rua haeroa. Had we not discovered this waiata, our knowledge of that tikanga would have been lost.

I can also, somewhat, relate to the deep sadness Hinemoa was going through after the passing of her beloved. During Dad’s tangihanga in 2014, there was a moment where Mum couldn’t see herself being here without him. Her words to me were: “Kāore aku take i tēnei ao.” (I have no reason for being here.)

It’s a level of pain that’s very human. And it’s expressed by Hinemoa in her mōteatea in a way that returns her to us as a relatable human being, more complex and real than just a romantic fairytale character.

For a while after I discovered Hinemoa’s song in the library, I didn’t do anything with it. Eventually, after a bit of trial and error, the words were set to an appropriate mōteatea melody. It started being performed at kapa haka competitions where it won many times and its beauty started being noticed.

Mōteatea is the one item in kapa haka that allows each individual performer to express their own interpretation of the words, whereas the other five items require all perfomers to be strictly in sync.

In Te Kapa Haka o Ngāti Whakaue, which I tutor, one performer was so overcome by Te Tau E that she sank to her knees during the performance, unable to control the overwhelming emotion from singing her tūpuna’s words.

Some people might say: “That’ll cost the team points!” But I didn’t mind it at all. Forget the competition for a moment. Mōteatea are our emotional outlet. They’re our novels, our creative writing, our sonnets — and they should be performed with raw emotion.

At one of those competitions where we performed Te Tau E, Paraone Gloyne was a judge. He messaged me afterwards. The message said: “E tatari ana au mō te wā tika me te tangata tika . . .” (I’ve been waiting for the right time, and the right person.)

What Paraone had in his possession, that he wanted to pass on to me, was a waiata composed by Tūtānekai.

At that moment, it felt like a puzzle had been put together — from the discovery of Hinemoa’s lament in 2010, to the resurfacing of her beloved’s waiata aroha in 2018.

I couldn’t help but break down in tears. It really felt like I was being used as a vessel by te ao wairua to bring my ancestors’ words back to their people.

We know from the kupu of Tūtānekai’s waiata that it was probably composed during the time when he and Hinemoa were courting. So it’s a record of their early time together. Then we have Hinemoa’s lament composed at the time of Tutānekai’s death.

Together the two songs give us these lovely brackets around their life together.

I find it really beautiful.

In resurrecting both of these mōteatea, we’re not only rediscovering songs, but we are also rediscovering tikanga, whakapono and reo that otherwise would have remained hidden away, or perhaps lost to us entirely.

Mōteatea contain taonga that strengthen us as Māori. I truly believe that. It’s a privilege to be able to access them and work to understand them.

And if that’s all I’m here to do — to bring these two waiata back to life — then I’m perfectly content with that.

Tenga Rangitauira is a raukura, an ex-pupil of Te Kura Kaupapa Māori o Ruamata and a graduate of Waikato University. He has a BA with First Class Honours, a Diploma in Education and a Master of Education. On top of his regular job as a teacher at Ruamata, Tenga is also a tutor and composer for Te Kura o Ruamata Kura Tuatahi, Ngā Kura Kaupapa Māori o Te Puku and Te Kapa Haka o Ngāti Whakaue. Two of his own compositions are printed in He Kohinga Mōteatea o Ngāti Whakaue, the book which was launched by his whānau in April this year.