It’s all to do with television ratings 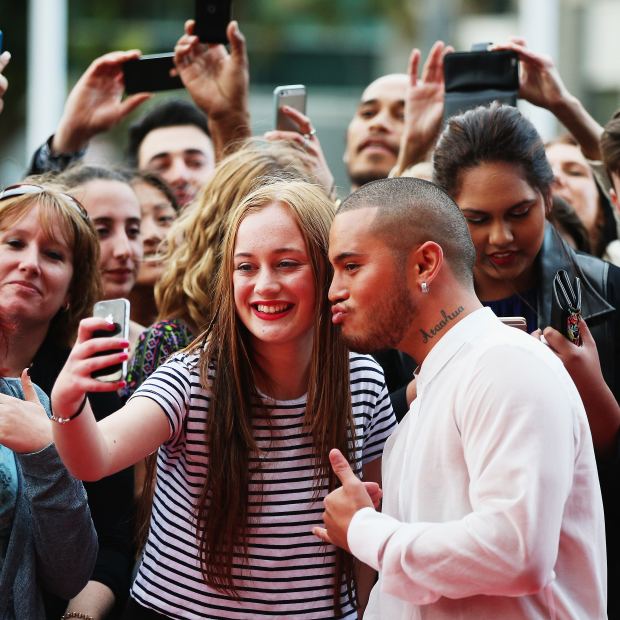 Stan Walker. Still riding high as an X Factor judge – and unscathed by the mess engulfing two of his co-judges. Here he is basking in fandom frenzy at the NZ Music Awards late last year. Photo: Hannah Peters/Getty Images

The trouble with most music reality shows is that they have little to do with the music and even less to do with reality. It’s all to do with TV ratings. A controversy prompts media coverage, and the publicity pulls in more viewers, which increases ratings, satisfies advertisers and promotes music sales.

X Factor NZ is a SYCO-owned format co-produced by MediaWorks and FremantleMedia Australia. It was conceived by Simon Cowell, who himself was accused of ripping off the Idol format by its owner Simon Fuller. After a legal tussle, Simon and Simon reached a deal. X Factor is in the Arab World, Albania, Kosovo and everywhere in between.

Light entertainment shows like these aim to plug talent quest winners into a particular part of the pop music industry. Producers want people who will fit in, not stand out. They will scold and mould them, primp then pimp them. That’s the nature of the beast.

There’s a bible, a script and a formula. Judges praise then criticise each contestant, with one individual playing “Nasty Judge.” Meanwhile, the presenter promotes the idea that viewers have the final say. It’s hugely manipulative and therefore addictive, hooking audiences in to root for an individual or a team – night after night, week after week.

As with all reality shows, producers look for acts with an interesting back-story that will draw viewers in. This can backfire as it did on X Factor NZ with the lack of care shown to the ex-convict with the great voice – but more particularly, to the whanau of the man who’d died as a result of the attack.

Sob stories are like diamonds. Tears and tantrums are key elements.

“How much do you want it? How do you feel?” They are two questions asked so often, it could feel like a form of water torture for the contestants. It must be a bit of a hoha for producers that New Zealand performers are often so easy-going or grounded that they generally take criticism in their stride. Even Joe the Crooner smiled blankly at the Nasty (married couple) Judges who thought they’d pull his wings off and stamp on him.

The biggest battering this week was in Vanuatu yet the social media set about putting the pressure on the producers until the odd couple was kicked off for being too nasty and New Zealand patted itself on the back for not tolerating bullying. But, if you head to Natalia Kills’ Facebook page, you’ll find disturbing abuse against her. Meanwhile, the hunt began for new judges – and the show rolled on. And, lookee here, the ratings have shot up …

Make no mistake, the current crop of finalists – all of them desperate for attention and opportunity – will already be tied up in massive contracts that lock in creative control, management, distribution, publishing, restraint of trade and non-disclosure clauses. They are contracts that will dictate their lives and creativity for years to come, whether they win or not.

There are bucket-loads of talent in Aotearoa, both on the show but more particularly off it. Mentoring is going on constantly and informally, where experienced artists encourage and share their stories with the newbies, pull them up on stage to perform with them, tour with them – and talk, talk, talk to them about the reality of life as a musician and composer.

The most important thing for any artist is to truly understand who they are, to develop their own unique sound, to write their own songs – and not to be primped into suits, gowns, false fricken eyelashes, be accompanied on stage by bloody flames, UFOs or whatever.

I’m not knocking the judges. (I’m a big fan of Stan Walker.) I’m definitely not knocking the contestants. It’s hugely tempting for people to think there’s a quicker path to success. But, if you want a sustainable career in the music industry, the first thing you need to do is figure out your own definition of success.

My biggest sales came at the start of my career, going gold with a cover called “Black Pearl.” Was that my proudest moment? Hell, no. Co-writing and releasing my first song AEIOU was far more exciting. White-listed from radio for being “in a foreign language,” AEIOU was the very first NZ On Air funded video, a fact that was acknowledged at Parliament this week. I received an award for “First Cab off the Rank.” Nice. And yet, since that success, I’ve been declined so many times by NZ On Air for video funding that I’ve almost given up.

Making a music video? No. Being a muso? Hardly.

What do you do when your guitarist isn’t talking to your drummer? Or your relationship falls apart because of the pressure of touring? Or when only 12 people turn up to your gig? Or you’re trapped in a foreign country with a band and no income?

What about when you’re expected to suck up to industry powerbrokers who are total wankers? What about the PR types who airbrush your photos without consent, record companies that turn out to be useless, music critics who bag you, or promoters who run off with the takings?

How do you handle the dreaded writer’s block? What’s your response when your producer/manager/record company/partner moves on to the next newest young thing?

What happens when your precious album doesn’t sell? Or when there’s pressure to deliver bland pop tracks because people only like what they’re regularly fed? Or when you’re fielding endless requests to sing for free … and there’s racism, sexism, ageism and elitism at every turn?

You see, the test isn’t how quickly you can shoot to the top.

It’s how long you can hang around.