Kelvin Davis says he owes it all to Charlie 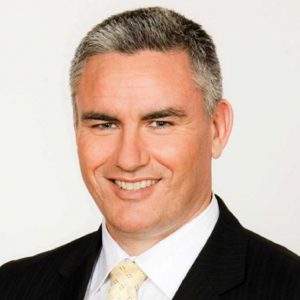 Kelvin Davis was a Labour list MP (2008-2011) and is now the Labour MP for Te Tai Tokerau. He was a teacher and then a school principal in Karetu and later in Kaitaia. Here he fields a number of questions from Dale Husband about his background and efforts to become a Māori speaker.

Would you please tell us something about your family?

Our hapū is Ngāti Manu which is based in Karetu, a little valley in the Bay of Islands, inland from Opua.

My father’s father was Walton Davis. He went to St Stephen’s when it was still in Parnell – and then he went on to Te Aute. My grandmother, Maggie, went to Queen Victoria. They were both fluent Māori speakers. In fact, I’m told my grandmother’s reo was better than her English.

They had five sons, and the youngest of them was my dad, Panapa Davis, or Pat as everyone calls him. Panapa is our connection to Ruahapia in Kahungunu. We also have connections throughout Ngāpuhi, as well as to Ngāi Tai in Torere and Ngātokowaru Marae in Raukawa.

My mother, who’s Pākehā, is Glenys. Her parents, Ron and Beryl Clow, shifted around a lot so she went to school, for a time, at Kaingaroa, then Russell and on to Bay of Islands College in Kawakawa where she bumped into my father.

He’d started off at Pokapu School on the road out to Matawaia from Otiria, which meant walking a couple of miles along the railway tracks because there was no road to the house.

Then he went to Dilworth in Auckland where he was asked to leave in the 4th form.

He was the youngest of the five boys in the family and none of them could speak Māori at all because they were from that era when our grandparents thought English was the language that was going to get you ahead.

From school, Dad went on to work on the railways and from there he went to the freezing works at Moerewa for 20 years. Then he bought his own business, a tearooms in Kawakawa, and he and Mum ran that for 12 years or so. Mum held down a variety of jobs.

They’re very involved in community work these days. Mum is an Anglican minister and Dad is a JP.

What led you to become a reo speaker?

Dad had grown up in a monolingual household. And my two brothers and my sister and I did too.

I couldn’t really speak a single word of Māori until I went to high school. I started at Kawakawa Primary, on to intermediate at Moerewa and then high school at Bay of Islands College back in Kawakawa.

It was at high school that I started to learn Māori properly. I was growing up only speaking English so I was pretty embarrassed on the marae and I hated that feeling of not knowing what was going on – and feeling inadequate. Also I knew that one day I would have to be the one sitting on the taumata and didn’t want to let my marae down.

But I had a fantastic teacher at high school. Charlie Berryman, a younger brother of Maanu Paul. For some reason I connected with him and the way he taught.

So I started picking up the reo – and I got School Cert, then U.E. (accredited) and the only Bursary subject I got was Māori. I think I got 51 percent.

What was it about Charlie Berryman that you warmed to?

It’s hard to say. I suppose it was partly that he was a big dude. We respected him. He was straight up. You didn’t muck around in his classes. He loved diving and rugby and I could relate to him and to the way he taught. For some reason, he saw potential in me – and I quickly had some success with te reo.

I was fortunate, too, in having him all the way through from the 3rd to the 7th form. Without him, I don’t think I would’ve been able to speak Māori at all.

When I left school and went to Teachers’ College I thought I was relatively fluent. But I soon learned that I wasn’t. There was a whole heap of background that I didn’t have. Tikanga. History. Whakapapa. That sort of thing.

If you just have the reo without these things, I think you’re lost.

But a number of elements started coming together for me. For example, my grandfather had all these whakapapa books from the 1800s. And, when I came across them, I sat down to learn and memorise, so I could relate to our Ngāpuhi ancestors. It was more than just learning names that you could parrot off but knowing about them and what they achieved.

I got into a lot of other reading too, and formed my own Māori collection – sometimes spotting a book in Whitcoulls that I could add to my reading list. And I would read with a dictionary beside me to help me with the words I didn’t understand.

What was really helpful as well, was that, after teachers’ college in Auckland, I came back home and was close to my marae. We still had really fluent speakers on the taumata at that time, so I would sit down and listen to them and ask questions about what they said and what things meant. And there was one uncle who I’d visit every Monday night and learn what I could from him. It was good to have them to back me up on the marae. They would let me speak, and my confidence and capability grew by being given permission to do this.

Then, as you get older, you’re more often forced into situations where you have to use the reo – and your fluency improves just from the extra speaking when you’re thrown in at the deep end.

So, from a combination of these things, it all started to come together. I still wouldn’t call myself a fluent speaker because I have so much yet to learn. But I’ve been improving.

Then, getting into parliament helped because there’d be interviews on Te Karere, Te Kaea and Waatea where you have to use the reo – and that makes you grow as a reo speaker. It wasn’t easy because I don’t have the extensive vocab I should have, but there is nothing like being pushed outside your comfort zone to make you grow.

How about others in your family? Has their reo flourished?

My oldest brother, Patrick, is a cop, a senior sergeant in Kaikohe. But he didn’t have Charlie Berryman as a teacher, and he missed out on that foundation.

My next brother, Greg, and my younger sister, Sonya, had the good fortune, though, to be taught by Charlie. So they became competent speakers.

Greg is a District Court judge, and Sonya, who was a teacher, now works for the Anglican Church in Auckland with Bishop Kito.

All four of us speak Māori but, because it’s not our first language, we don’t use it naturally at whānau gatherings like we should.

And your own children?

I spoke Māori to my kids from the time that they were born. And they’ve grown up understanding Māori really well. But, as they’ve got older, they don’t speak Māori as much as they did as little kids. So that’s a bit disappointing.

My wife, Moira, is from Kaitaia. She’s Pākehā. We met at teachers’ college. And we have three kids. Our eldest daughter is Kelly, who’s 20 in June and is studying law at Auckland University.

Then our second daughter is Billie who’s 18 and starting her first year of a health degree. Our son Reweti is 16 and is in Year 12 at high school. All of them are doing well academically, and understand Māori well even if they don’t speak it like I wish they would.

Like many Māori, I imagine you regret that there was that one generation who didn’t pass on the reo.

Yes. And I think we can blame our grandparents for not speaking Māori to their children. In a way, they’ve let us down. It’s made it harder for us, as the grandchildren, to pick up the language again. We’ve had that gap to bridge. Likewise, if we don’t speak what reo we can to our children, then we are letting our children down like our grandparents did to their sons.

My dad and his brothers missed out as kids. Dad’s attitude is: Oh well. I’m too old to learn it now. And that’s how he’s been since he was young enough to learn it.

My mum has made an effort. She’s gone to classes and enrolled at Te Wananga o Aotearoa. And being an Anglican minister, she incorporates karakia Māori into her services. She wishes she could speak Māori much better.

And your feelings when you look back at the time you’ve spent teaching Māori?

I taught in mainstream schools – and in a bilingual unit in my fourth, fifth and sixth year of teaching. And I feel now that I didn’t do it justice. I did the best I could at the time. But, if I knew then what I know now, I would’ve done things differently.

There are former students of mine who’ve picked up the language … but whether that’s because of me or in spite of me, I don’t know. You can look at the likes of Peeni Henare whose reo, as a 12-year-old, was far in advance of mine. He and his brother Tatai. Probably I held them back.

But I can’t beat myself up over that. I did the best I could.