Rua Kēnana and the teaching of history 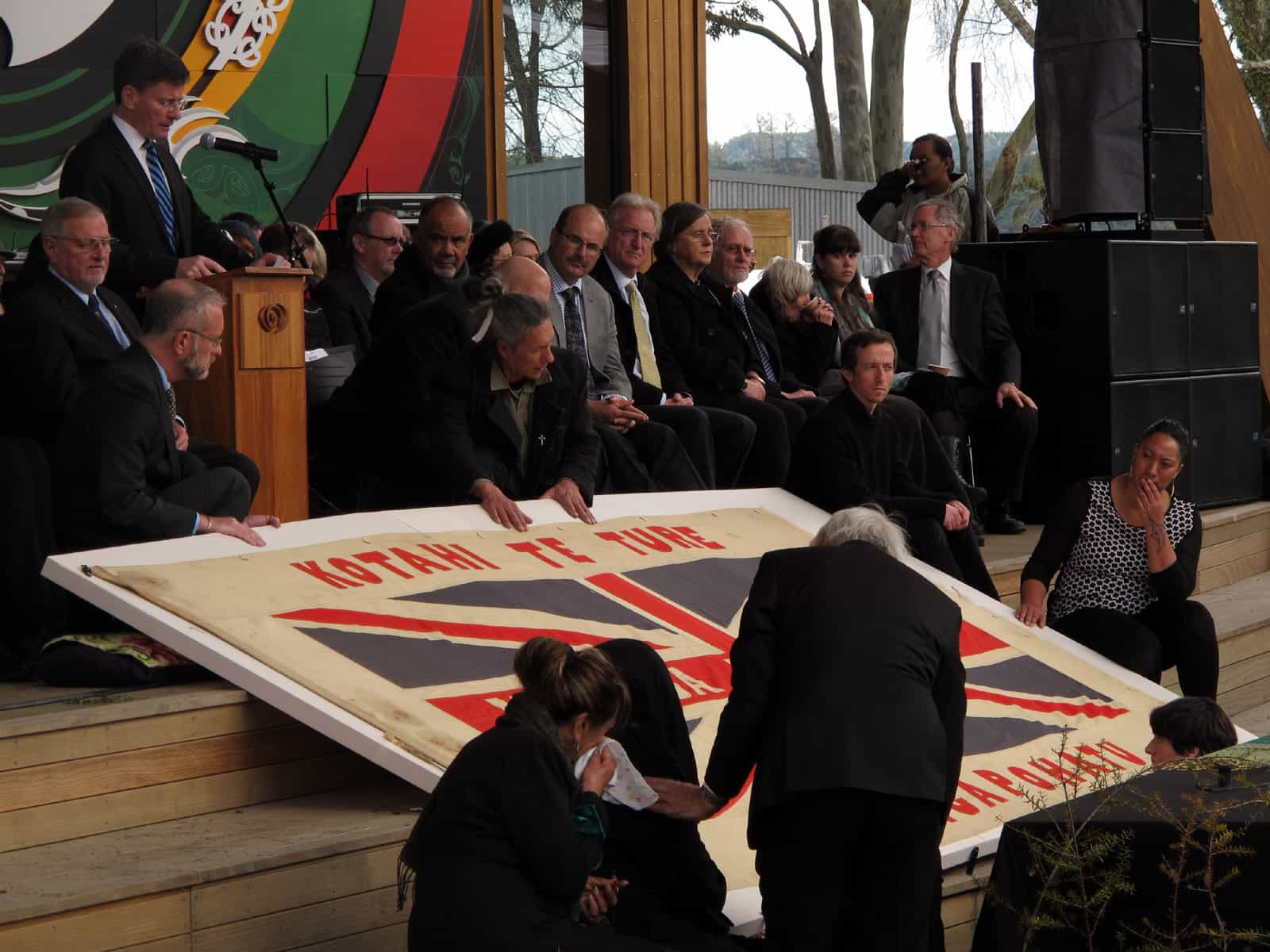 Rua’s flag returned to Tūhoe at the settlement ceremony in Taneatua in 2014. (Photo: Kennedy Warne)

It was a good week for those of us who’ve been banging on for a while about New Zealand history — parliament started the process of pardoning Tūhoe’s prophet Rua Kēnana, and the government committed to educating children about the nation’s past.

How appropriate, how satisfying, that in the same week that the government made the teaching of New Zealand history mandatory for primary and secondary schools, a bill that addresses a historical injustice had its first reading in parliament.

That bill’s English title is typically matter-of-fact: the Rua Kēnana Pardon Bill. In te reo, it hints at the century of grief and pain that Rua’s descendants and followers have endured: Te Pire kia Unuhia te Hara kai Runga i a Rua Kēnana. “The bill that abolishes the guilt hanging over Rua Kēnana.”

Some who gave evidence to the Waitangi Tribunal in 2005 concerning the brutal mistreatment of Rua and the subsequent decline of his community were present in parliament 14 years later to witness a tearful Māori Development minister, Nanaia Mahuta, introduce the bill, and to hear its ringing statement of intent:

“The restoration of the character, mana, and reputation of Rua Kēnana, his uri, and Ngā Toenga o Ngā Tamariki o Iharaira Faith is declared.”

The injustice at the heart of the story of Maungapōhatu defies belief. The Waitangi Tribunal, pondering the provocative police raid against Rua in 1916 — Tūhoe’s Bloody Sunday, as it has been called — the question: “Would any other community in New Zealand at this time — or any other community leader — have been met with such a response, given the circumstances?”

“The answer is surely no,” answered the Tribunal. Although Rua had caught the attention of the authorities with statements about New Zealand being better off under German rule — statements which were probably no more than political theatre from a known showman — his community “was peaceably inclined and posed a threat to no one — as demonstrated repeatedly on the numerous occasions when Rua met police officers with “hospitality, not guns,” notes the Tribunal.

“But the view had been taken that Rua was a troublemaker who had repeatedly defied the rule of law. No other community leader during the war was seen in this light, nor any other peaceful community dealt with in this fashion.”

While researching Tūhoe history and visiting Maungapōhatu, it struck me as incredible that Rua was harassed as a lawbreaker when his clear mission was to respect and uphold the law — so long as it treated both races equally. Rua’s ongoing complaint was that the sun of the law “shines on one side — the Pākehā side — and it darkens on the other.”

I remember spreading out a facsimile of his flag on the floor of the wharenui at Maungapōhatu, marvelling at its unequivocal message: “Kotahi te ture, nga iwi e rua” — one law for two peoples.

(When the original flag was given back to Tūhoe on Tūhoe’s Treaty settlement day in 2014, a deep outpouring of emotion accompanied the return of the taonga.)

Rua’s commitment to equality under the law made the Crown’s vendetta against Rua all the more egregious, said the Tribunal.

Rua was targeted, Tamakaimoana kaumātua Lenny Mahururangi Te Kaawa told the Tribunal, because he challenged the mana of the Crown. In the Rua Kēnana Pardon Bill, the Crown acknowledges that it broke the law — trampled on it — and seeks to reinstate Rua’s mana, and that of his descendants.

At parliament for the bill’s first reading, Te Kaawa reflected that legislation alone can’t heal the hurt carried over generations. Only karakia can do that, he said. But it can ensure that the history of what happened at Maungapōhatu is told correctly.

An accurate accounting of the country’s past is behind the move to make the teaching of history compulsory. Admirable as that decision is, addressing what many would regard as a gaping deficiency in the school curriculum, it will not produce lasting benefit unless history comes to be seen not as information to be learned and then set aside — irrelevant to contemporary life — but as a force that shapes identity and influences choices.

There is surely a difference between storing historical facts in the head and holding its truth in the heart — a distinction Lenny Te Kaawa alluded to in his kōrero regarding the bill: “If there is no love, how can the truth exist?” 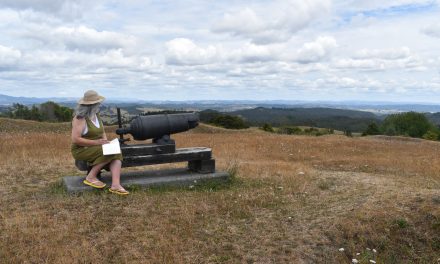 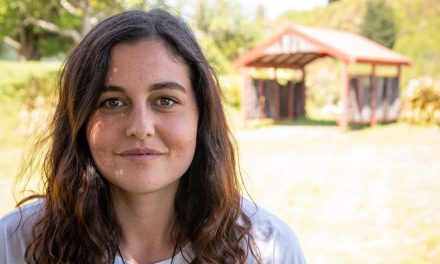