When I turned five, I turned bad. 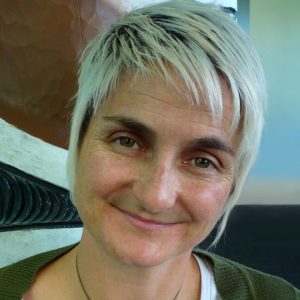 Sixty-five percent of young people who end up in front of the Youth Court are Māori. How do we turn the tide? Hana O’Regan believes we need to tackle the way rangatahi see themselves and their future.

In 2010, when my son was six years old, he told me he wanted to be four again: “Because when I turned five, I turned bad.”

Now I am pretty confident that I can do a lot to ensure that my son will never be one of the Māori youth to appear in the Youth Court. In fact I will do everything I can to prevent that from happening. But I would like you to reflect on the point that this six-year-old child has already been exposed to the message that, if you were labelled bad and were a Māori boy, then you were destined for prison.

This child with no knowledge at that time of people in prison. With a grandfather who is a Sir. Parents who were educated. Role models galore in his immediate associations. This child, who had already travelled the world, was bilingual, and had a strong sense of himself as Māori — all of these factors could not combat the crude messages from society about what being Māori meant.

I have the language and the knowledge available to me to be able to paint another picture for my son. To reframe his understanding of what it means to be Ngāi Tahu and Māori. To set expectations that reflect his potential and his own aspirations. Six years on, he is now talking about being a doctor. But for those that don’t have access to another narrative, another schema — what can they do?

If my son is not immune to these messages of what it means to be Māori — and if he could, even momentarily, associate his ethnicity with negative outcomes —what of the child who doesn’t have the supports that he has?

What of the child who is hungry, who has no security of shelter or food, and lacks a safe home environment? What of the child who suffers abuse and neglect? How do they possibly reconcile the messages that society shares about their identity as Māori, with their sense of self, their potential and ability to defy the destiny prescribed by the stereotype?

I would argue that the greater disadvantage the child experiences, the harder it is to convince them that there is hope — that there is another way, that they might be treated fairly, that they are worthy of respect. And the more important it is for us to do so, if we want to change their trajectory.

As well as being bombarded with stereotypes about themselves, our Māori rangatahi are bombarded, daily, with the message that the police and courts don’t care.

So, youth justice practitioners aren’t just battling the issues inherent in the way young Māori feel about themselves, they are battling a constant diatribe echoed in wider society about negative treatment of Māori in the justice system.

I believe these are areas that require attention from all parts of our society, from the individual and whānau level through to the highest institutions and organisations. But as judges and leaders in your community there are things you can do.

Firstly you can educate yourselves. Take the time to learn why negative self-perception exists and how that has developed. Learn about the experiences of Māori youth in your local community and beyond. Find out about the messages that our Māori youth are continuously exposed to concerning the justice system.

Secondly, you can control how you communicate with our rangatahi. Show them what “good” looks like. Show that you believe in their potential. Acknowledge that there have been negative influences in their lives. Model empathy — show them that you care.

Thirdly, you can influence the perceptions of those around you. Ask yourself these questions: Do you have the tools and knowledge at your disposal to confidently create a new picture of Māori in the minds of colleagues, whānau and friends? And do you lead by example in valuing the Māori language and culture(s), pronouncing the reo correctly, and confidently engaging in it? Do you know about the experiences of your Māori staff and clients?

The Rangatahi Courts are an important step in showing Māori youth that their culture is valid and respected, and that things can change for the better. In the words of Judge Taumaunu: “It enhances respect for the rule of law when the law is speaking in the language of the people that it is dealing with.”

I believe that the youth justice community can be proud of this recent shift in court practice. However, I believe an even greater shift will take place when we challenge ourselves to look at how we might be influenced, in our everyday lives, by the same negative stereotypes my son learned at age five — and to hold ourselves to account.

And when we challenge ourselves to acknowledge that these stereotypes exist, and that they have a direct impact on the people we engage with every day.

And when we focus what attention we can to the task of creating a different story — one that shows we understand, we care, we believe in the potential of our rangatahi, and we are committed to a path that supports their own cultural reframing. A story that puts hope back on the horizon for our young people.

Hana O’Regan is the General Manager — Oranga for Te Rūnanga o Ngāi Tahu. This is an edited version of a speech she gave at the Triennial Youth Court Judges’ Conference in August, which was originally published in the Youth Court newsletter, Court in the Act.