We don’t have to go down this path 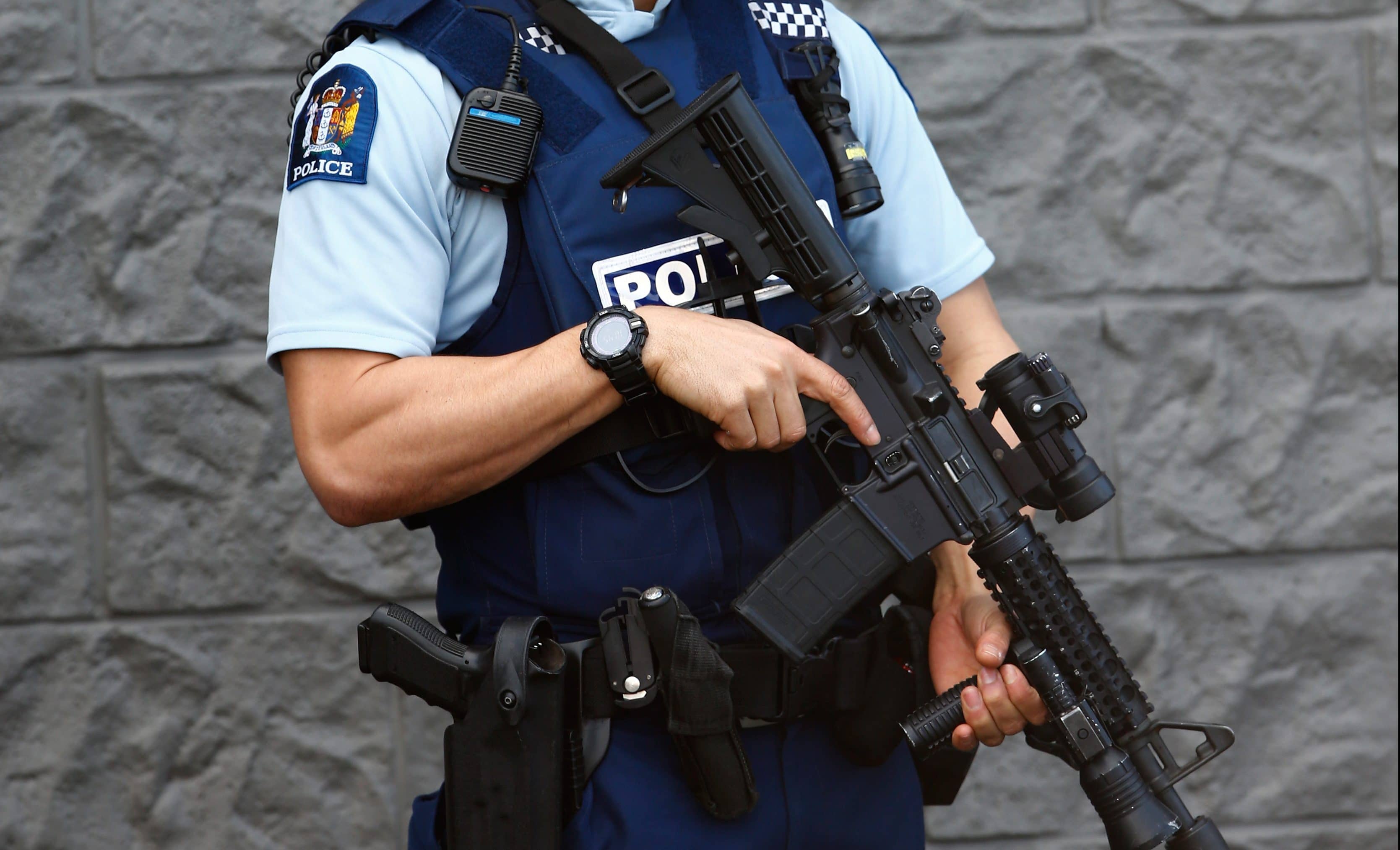 The police have been given extraordinary powers to maintain public safety during the Covid-19 crisis. But how confident can we be that they’ll apply their powers fairly and evenly? Pounamu Jade Aikman weighs up the historical evidence.

A week into New Zealand’s lockdown, the outgoing police commissioner, Mike Bush, was questioned by the Epidemic Response Committee.

Noting the concerns of “vulnerable communities” to the way police discretion had been applied against particular communities in the past, a Labour MP, Kiritapu Allan, asked Bush what assurance he could provide that police were applying its extraordinary new powers under the Covid-19 state of emergency, “fairly and evenly”.

Bush replied that, yes, “historically our use of discretion has not been applied evenly to different communities, and it’s something we acknowledged some years ago”. But, since then, the police had “moved a very long way”.

“We now have data that says that we now are in a place where we apply that discretion evenly across communities,” said Bush. “That’s been a big journey for us. And we maintain an absolute focus on being fair and equal.”

The committee seemed satisfied with that response. But can we really take Bush’s assurance as evidence that racism no longer exists in the police — given the historic tendency of the police to act on racial biases and stereotypes in their interactions with Māori and Pasifika peoples?

The police have been given extraordinary latitude to maintain our “safety”, but how confident can we be that they’ll act with integrity, exercise their power with measured patience, and remain critically aware of the class and racial fractures that underpin New Zealand society?

And what guarantee is there that the newly armed police units will similarly demonstrate restraint and good judgment in the face of Covid-19?

Figures released last month on the trial of the armed units don’t inspire much confidence. They showed that the units were deployed 75 times a day in their first five weeks — 50 times the rate that Armed Offenders Squads were called out last year.

If history is anything to go by, I fear any confidence would be misplaced. Our past is saturated in police violence, and our recent and colonial history emphasises how the state responds with particular force against Māori and Pasifika.

This history suggests the need for caution and vigilance as we go forward.

For instance, in 1879, armed militia (the constabulary force preceding the creation of the police) ransacked the peaceful village of Te Ao Mārama in north Otago. The militia forcefully expelled Te Ao Mārama’s inhabitants and prophetic leader, Te Maihāroa, who had long refuted the Crown’s ostensible ownership of the majority of land in the South Island.

A few years later, in 1881, more than 1500 troops — armed constabulary and volunteer militia — invaded and destroyed the pacifist settlement of Parihaka, a community protesting against the Crown’s unfettered dispossession of land in the Taranaki region.

Ngāi Tūhoe prophet Rua Kēnana was another vocal critic of the Crown’s tactics of land alienation. In April 1916, his community at Maungapōhatu was raided by a police force consisting of 57 constables, led by then police commissioner, John Cullen. The rationale for the raid stemmed from sensationalised rumours of Rua’s support for a German victory during World War One. The raid was, however, more about reminding Tūhoe of the Crown’s sovereign supremacy.

This supremacy was again exercised in 1978 during the occupation of Takaparawhā, when a force of around 600 police and military stormed the community, destroyed the settlement, and arrested more than 200 people.

At around the same time, during the global economic crisis of the mid-1970s, police were conducting early morning “dawn raids” and random street checks as part of an immigration crackdown on those suspected of overstaying their working visas. Although the majority of overstayers at the time were from Europe and North America, only Pasifika (and some Māori mistaken as Pasifika) experienced the raids, checks, and arrests.

The particular violence with which these raids were executed is echoed by the major police paramilitary operations that have targeted Ngāi Tūhoe over the past decade.

Although I’m not Tūhoe, a police raid on the whānau homestead of one of my closest friends in the Rūātoki Valley in Te Urewera, motivated me to look further. After several months of living with Rūātoki whānau, and under their guidance and direction, I explored in my doctoral research how raids in 2012 and 2014 deployed “sledgehammer and walnut” tactics.

This was a continuation of the violence in the so-called “anti-terror” raids of 2007. In both 2012 and 2014, the police conducted paramilitary raids in Ruatoki, terrifying whānau in their wake. In both instances, police were on the hunt for assailants in the valley, but, in their haste, proceeded to raid the wrong homes and addresses. Botched intelligence was to blame.

These raids once again rammed home the state’s sovereign authority, through the use of the Armed Offenders Squads and uniformed officers wielding semiautomatic weaponry, arriving in Te Urewera in helicopters and paramilitary vehicles, bearing all the hallmarks of an invading force at war.

These instances underscore the extreme level of violence the state is willing to expend in maintaining its interests.

With extraordinarily broadened policing powers, teams of armed police, and a documented history of police aggression, racism, and violence against Māori and Pasifika, are we to expect impartiality, compassion, and tolerance as the police uphold their mandate of keeping New Zealand safe during the pandemic?

More importantly, who of us is going to feel safe in this crisis?

In a recent survey by Action Station, a majority of Māori and Pasifika indicated they don’t feel safe with the armed police trials across the country, a sentiment likely heightened now that the police have more power in this state of emergency.

My point is this: racism can’t self-isolate during the pandemic.

The demonstrated racist tendencies of the police in the past are a haunting spectre of what could happen throughout the Covid-19 crisis and beyond. I echo the plea of Catriona MacLennan for conscientious policing at this time, but remain nervous of the repetition of past histories.

If the Americanisation of our police continues, and the armed trials aren’t abandoned, our communities will suffer disproportionately. It’s only a matter of time before Māori and Pasifika people die at the hand of armed police.

Bush has said the armed trials will stop at the end of April while an evaluation is being completed. But this doesn’t guarantee that they won’t return after the review.

We don’t have to continue down this path.

If we meaningfully address the inequity at the heart of New Zealand, prioritise the voices of Māori and Pasifika during an open and transparent evaluation of the armed trials, adopt community-focused approaches of policing, and not look to America as the epitome of community safety, we may realise the sheer futility of arming our police at all.

Pounamu Jade Aikman is of Ngāti Maniapoto, Tainui, Ngāi Te Rangi, Ngāti Awa and Pākehā descent. Raised by strong Māori women, Pounamu has largely pursued an academic pathway, motivated by issues of social justice, and in his PhD explored the ongoing experiences of police violence towards Ngāi Tūhoe. Born in Australia and raised in Aotearoa, he completed his doctorate through the Australian National University in Canberra, and now lives in Wellington. He loves spending time with his mum and whānau, and watching old Star Trek episodes. 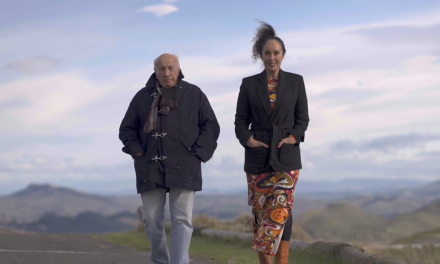 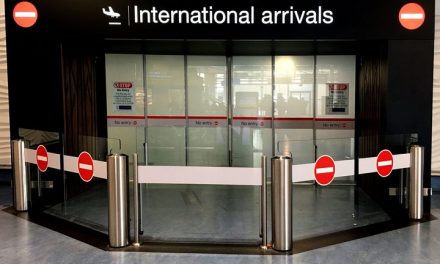