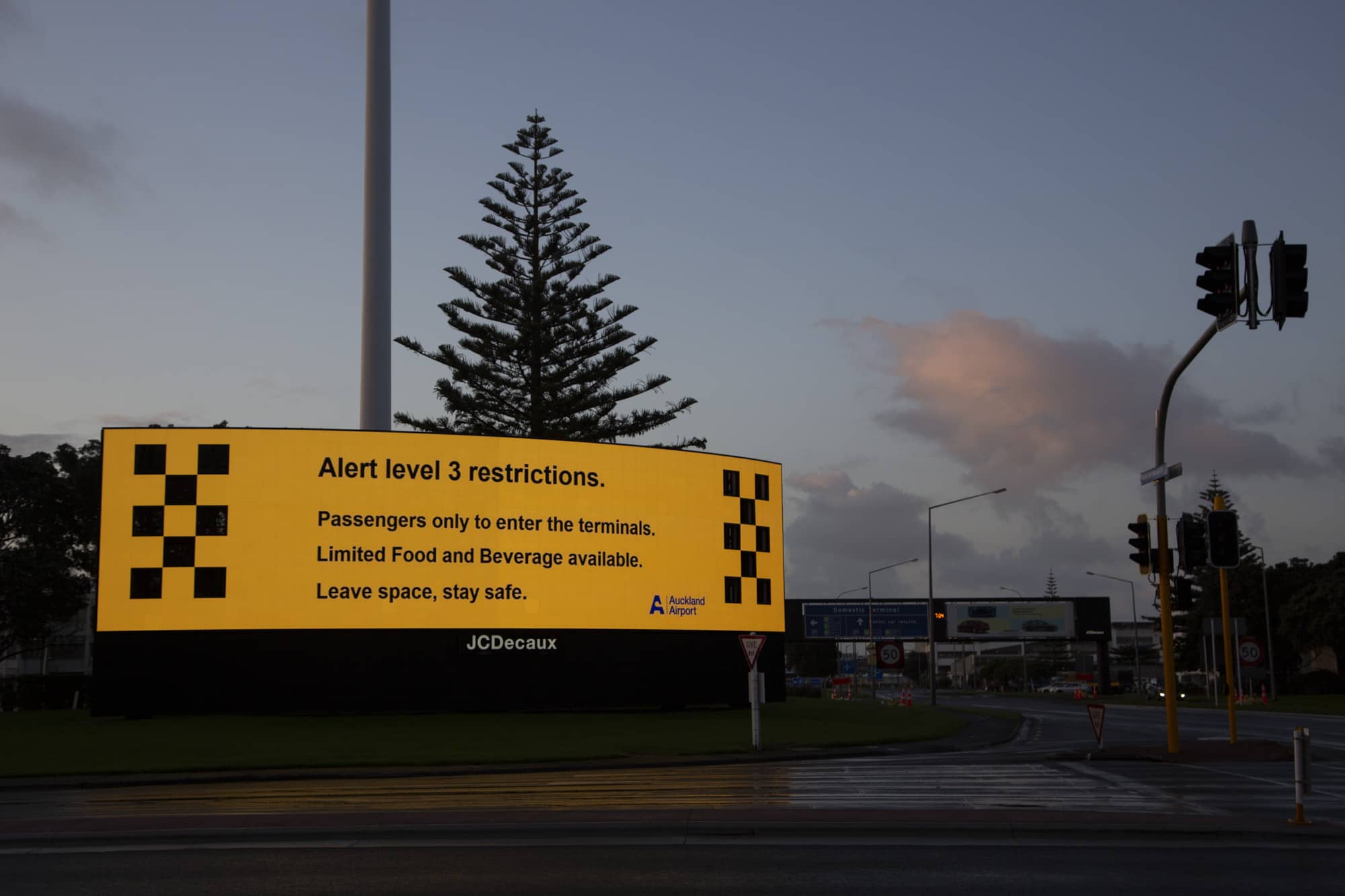 A good pandemic plan would put Māori and Pacific at the centre of the planning and live up to Treaty expectations for meaningful partnership, writes Dr Elana Curtis, an associate professor at Auckland University’s medical school.

We were hoping we wouldn’t be here again. Back into Alert Level 3 and back into being gripped by 1pm briefings and announcements on the number of cases, where they likely came from, and how they’re linked.

We were hoping it would all be gone. That we really had eliminated the virus and that our border controls would keep us all safe. But that was a week and a half ago. Almost a year ago in Covid-19 time.

To be honest, a number of my public health colleagues and I have been deeply concerned about our “hotel Covids” at the border and the lack of infrastructure that our health connections had been telling us about.

The fact that there appeared to be no consistent data management system in place and that ethnicity data wasn’t being adequately collected — as is the case with the government’s response to Covid-19 to date — was enough cause for concern.

If we can’t identify the problem, we can’t monitor the problem, and we can’t intervene to fix the problem effectively. Now we learn about an overall lack of testing, with border staff themselves voicing their concerns over an obvious lack of basic monitoring controls.

Seriously? That’s about all I can muster as I sit here shaking my head.

I don’t want to inflame any embers associated with unhelpful and dangerous conspiracy theories, but that shouldn’t stop us from legitimate critiques of our systems — and this really isn’t good enough.

None of this speaks to systems that have the ability to “kia mataara” — to be vigilant, in preparation for what many of us knew was a predictable outcome.

Although we don’t yet know the source of the latest outbreak, the fact that this is now being played out within our Māori and Pacific communities isn’t surprising. Actually, it’s quite predictable. And deeply concerning.

Māori and Pacific communities are more likely to supply the essential workers manning the hotel Covids at the border, or to be the workers within supply warehouses and other similar contexts. This means Māori and Pacific people are at more risk of being infected and infecting those around them.

Our increased risk of experiencing more severe outcomes from Covid-19 once infected is a reflection of our existing inequities in underlying health conditions, differential access to healthcare, and our unfair experience of socio-economic inequities and poverty. And that means that the impact of another outbreak could have dire consequences on Māori and Pacific communities.

We were lucky last time. Lucky that the outbreaks were primarily contained within younger Pākehā travellers returning home from overseas. Lucky that New Zealand closed its borders early enough for the virus to not take hold within our brown communities. “Lucky” that our whānau, hapū and iwi knew early that they needed to take control into their own hands, shut our internal iwi borders, and close our cherished marae.

And so I’m hoping that the government doesn’t rely on luck but has a well thought-out plan, that puts Māori and Pacific at the centre of the planning and lives up to Treaty expectations for meaningful partnership.

And by partnership, I mean providing Māori (and Pacific) a seat at the decision-making table — not off to the side corridor or kept busy with sidelined technical “advisory” groups.

Unfortunately, this doesn’t appear to be the case.

What we do see is paternalistic decision making on how best to manage current cases, which immediately jumped to mandatory isolation of the predominantly Pacific and Māori cases into managed isolation facilities. Mandatory is a loaded word and has loaded consequences that includes potential criminalisation. Where did this come from? Why did the government think this was necessary?

It wasn’t applied to the predominantly non-Māori non-Pacific cases during the first outbreak. So why does it apply now?

To be fair, I really shouldn’t be surprised. This was the same approach taken by the government when it came to tangihanga restrictions first time around. A lack of trust in Māori whānau to do what is right. A lack of working with Māori whānau, hapū and iwi to find solutions that would uphold the sanctity of tangihanga while also adequately managing infectious disease transmission.

I would’ve thought that the lessons learned then would influence the actions we take now. But this hasn’t occurred for tangihanga under Alert Level 3. Despite the many calls for change, the arbitrary number of 10 has been reapplied to tangihanga with little review or consideration for the damage done to many grieving whānau across Aotearoa.

So, when you introduce the mandatory requirement for isolation within managed isolation facilities this time around and claim that this reflects lessons you’ve learned from our first attack by Covid-19 — I’m not convinced.

This is partial learning at best. This also represents differential treatment of Covid-19 cases that appears to be related to ethnicity.

Hence, the need to raise the “r” word and openly consider racism as underlying the current response. Professor Camara Jones, an African American academic and well-known expert on racism, describes institutionalised racism as “differential access to the goods, services and opportunities of society” associated with a person’s ethnicity. This seems highly relevant to our current situation.

But it’s not just the government that’s reacted differently to this second outbreak.

A number of our team of 5 million have indulged their racism openly, spreading untruths and deliberate lies, which have been fuelled by existing stereotypical and prejudiced beliefs about Māori and Pacific people under the proxy of “South Auckland”. Beliefs which can’t connect “Pacific” with a family on a legitimate holiday and easily connects a “young Pacific female” with acts of promiscuity.

Given the racism and stigma that’s clearly declared itself this time around, we need to carefully consider the rationale for reporting ethnicity data and ensure that the privacy of individuals isn’t compromised, stereotypes aren’t reinforced, and stigma isn’t incited.

This doesn’t negate the importance of ethnicity data collection for appropriate pandemic management nationally — this is vital — and for the empowerment of affected communities (which can be managed by other means).

It does, however, highlight the need for our media institutions and our health agencies to consider the risks of naming “ethnicity” at a case level, particularly within the context of one cluster, and whether there’s any justifiable reason to do so.

Overall, a key issue is the need for the government to provide Māori and Pacific whānau with “choice and control” rather than “forced and compulsory” isolation management.

A tangible move to mana-enhancing, strengths-based, evidence-based, Treaty-compliant solutions is required. Alongside this, we must all reject cultural-deficit, victim-blaming and racist analyses when critiquing the latest outbreak.

And, please, for goodness’ sake, put Māori and Pacific health experts at the right decision-making table with the right amount of influence working alongside Pākehā who have a positive track record when it comes to respecting Māori and Pacific positioning(s).

We really need a new recipe when it comes to pandemic management within Aotearoa. One that finds appropriate substitutes for paternalism and racism and introduces Māori and Pacific-led solutions as the core ingredient.

Dr Elana Curtis (Te Arawa) is a member of Te Rōpū Whakakaupapa Urutā – National Māori Pandemic Group. She grew up in Massey, West Auckland, and went to school at Carmel College. Elana graduated from university as a medical doctor, has specialised in public health medicine, and is an associate professor at the University of Auckland with teaching and research expertise in Māori and ethnic health inequities.