Moving from tokenism to respect 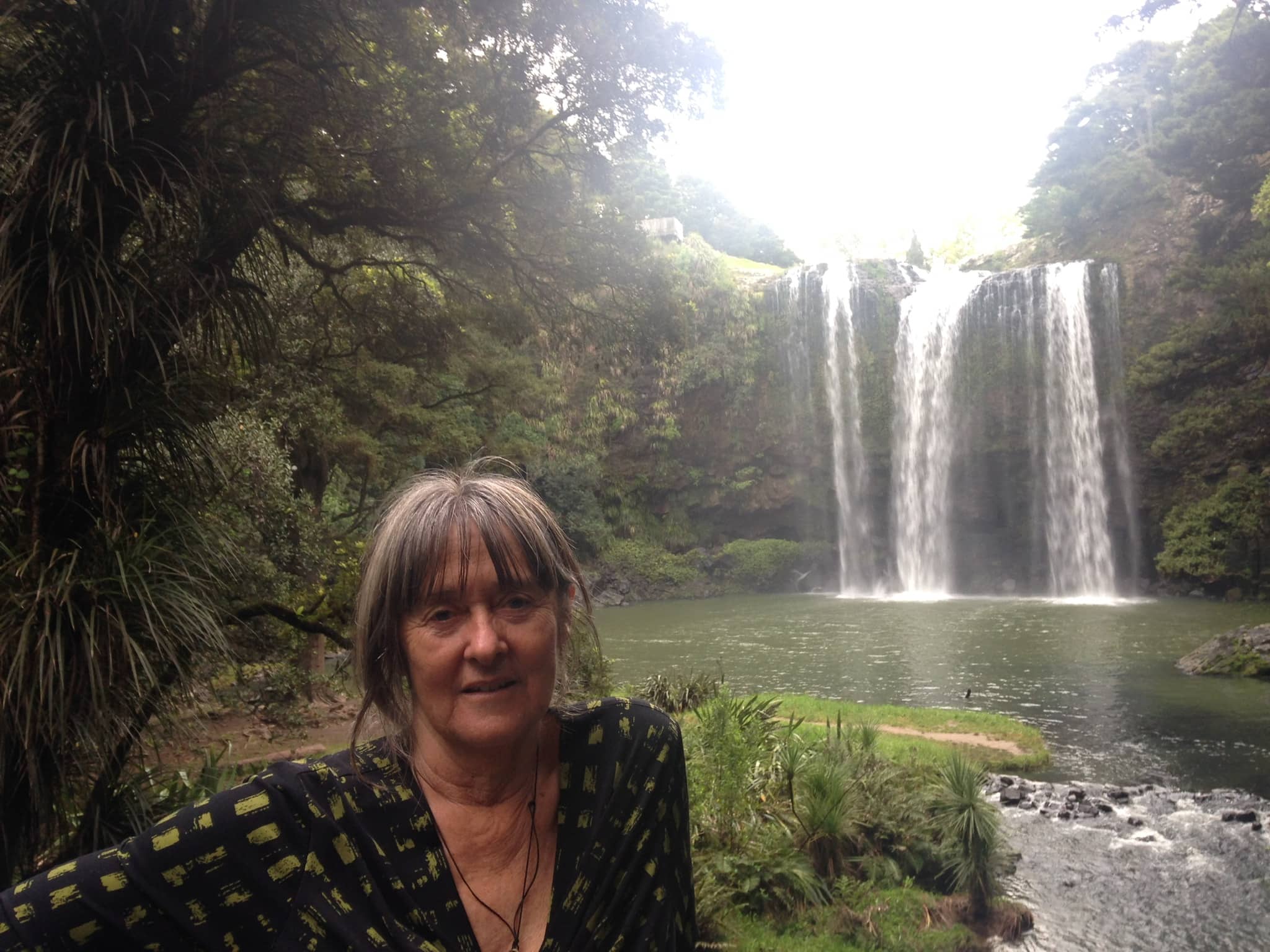 As another Conservation Week ends, Catherine Delahunty looks at why the Pākehā-dominated environmental and conservation movements are so often at odds with tangata whenua aspirations.

I’ve been working in the environment and conservation movements for about 40 years now — and in all that time I’ve been trying to understand the barriers to us moving beyond tokenism to full respect for Te Tiriti o Waitangi.

This means struggling to understand my own default racism and narrow cultural assumptions about the natural world, as well those of the many groups I work with.

Whether it was the Kermadecs issue at parliament, or in meetings about goldmining, water issues, or managing conservation land, I’ve been part of endless debates which assume that we Pākehā can’t trust tangata whenua to look after the environment as well as we can.

I’ll never forget a moment in the Tapu hall on the Thames Coast in the 1980s when a white environmental group arrived to tell the locals, including tangata whenua, that the Hauraki should be designated a forest park — and their surprise when tangata whenua walked out. I wanted to walk out, too, but my mentor Betty Williams (Ngāti Maru, Ngāti Pukenga), told me to get back in there and “sort out your people”.

This kind of attitude continues into the 21st century. Three years ago, we had a massive fight in the Green Party over a piece of whenua in east Auckland that was being returned to Ngāti Paoa as part of a Treaty settlement, some of it for housing and some for green space. The local Greens in that area were outraged that a “reserve” could be returned for this use. Some even argued it wasn’t really Ngāti Paoa land.

I’ve come to the conclusion that the environment/conservation movement has been moving far too slowly away from monoculturalism and racism — and in an erratic manner which needs deeper analysis by Pākehā people who largely control it.

Some of the barriers we hide behind are invisible to us because we cling to strong feelings of entitlement regarding our role as the rightful saviours of the environment — and we have a deep disconnection from specific lands as a source of life, food, medicine, or genealogy.

We have a sense of urgency and panic around the collapse of nature which can lead to the dismissal of Indigenous rights issues. We’ll often refer to kaitiakitanga as something we approve of, providing it’s not connected to rangatiratanga. And we wax lyrical about embracing mātauranga Māori perspectives, but always within the existing framework of power.

It’s hard to build real relationships between environmental groups and tangata whenua at hapū or iwi level when the taniwha in the room — the issue of sovereignty — isn’t acknowledged by Pākehā.

The white murmurings about kaitiakaitanga don’t indicate the depth and complexity of a concept which is outside our experience, let alone Pākehā being ready to call for the passing on of resources for the actual kaitiaki to do their work.

If we dig deeper, we have to acknowledge that Pākehā culture isn’t whakapapa based. Our dislocation from our original villages, stories, and traditions of caring for resources, means we find it hard to credit the power of a culture which, despite the best efforts of colonisation, is still shaped by whakapapa and relationships with specific rohe.

In some ways, Pākehā environmental thinking is stuck in preservationism, as if the natural world was a museum or a magical depopulated Narnia where the plants and animals are waiting for the white ecologist rescuers to come and save them from evil. It’s not a pataka kai for feeding our families.

This isn’t to denigrate the essential work we do and the issues we fight for, but our defensiveness and control issues have limited our ability to even see the visions or the sacrifices that tangata whenua are making to try to protect their ravaged whenua, awa, and moana.

To say there is low trust is to at least be honest. How many times have I heard environmental groups express a keenness to work with tangata whenua because it strengthens our hand, not because it’s our Tiriti responsibility?

How many times have we expressed support for hapū and iwi when they agree with our position, with no sense of obligation to respect their authority within their rohe, including when we don’t agree?

We’ve never seriously supported the mechanisms of resource sustainability which have been developed, through trial and error, by the people of the land in this place over time. In kauri dieback meetings, I’ve heard tangata whenua say very clearly: “Close the forest so it can heal.”

But we weigh their views against recreational “rights”. Rāhui tapu, mātaitai are seen as secondary or irrelevant compared to reserves and parks.

Only a culture that’s divorced itself from nature can seriously propose the preservation of some places while trashing the rest.

We need to listen harder to mana whenua. Some of our models may be useful but not when imposed without Article 2 of Te Tiriti being central to equitable dialogue.

I often hear my people talk about the important campaigns being led by various environmental groups, be it deep-sea mining or river protection, and I too salute the work of KASM or Forest and Bird or Choose Clean Water — but not as the only leaders.

They do all this as well as negotiate the pittance called Te Tiriti settlements, cope with racist local government, and try and help whānau who are broken by relentless poverty and dislocation from colonisation. And on top of that, they maintain their culture and fight for their language.

I work hard, but I don’t hold a candle to them. They’re never able to rest. The same grandmothers who try and save mokopuna from Oranga Tamariki have to fight for whenua. It’s never-ending.

My mates from different parts of the motu have challenged some of us about spirituality and the whenua. They’ve asked us how we operate in their whenua and from what spiritual connection?

They haven’t said we can’t have a spiritual connection, but they’ve asked for its basis. We don’t have very old bones in this country and we have painful history around the theft of the land which can’t be avoided. The land we seek to protect was named through stories which aren’t our stories. We can’t claim those stories.

In the 1990s, on a day trip to Hauturu, a conservation island, I found a little pamphlet in the corner of the hut. It told the story of the Ngāti Wai rangatira, a koroua, who was removed from the island in chains so that a bird sanctuary could be established.

This is part of our conservation history and it can only be healed by a more humble and respectful effort by the Crown and Pākehā groups.

I’m heartened by the recognition of Te Urewera and Whanganui awa as living entities, but these principles should apply everywhere in our country, from our cities to our mountains.

There is hope and generosity between us, and many good and effective alliances, but the work to be done is the responsibility of Pākehā. There have been successful collaborations such as the work Greenpeace did with Te Whānau ā Apanui against ocean oil drilling in their moana. In the anti-goldmining campaign in Hauraki, we’ve worked with tangata whenua activists and had the guidance of elders, but we have to be careful not to assume all of Hauraki agrees with our approach just because some have. 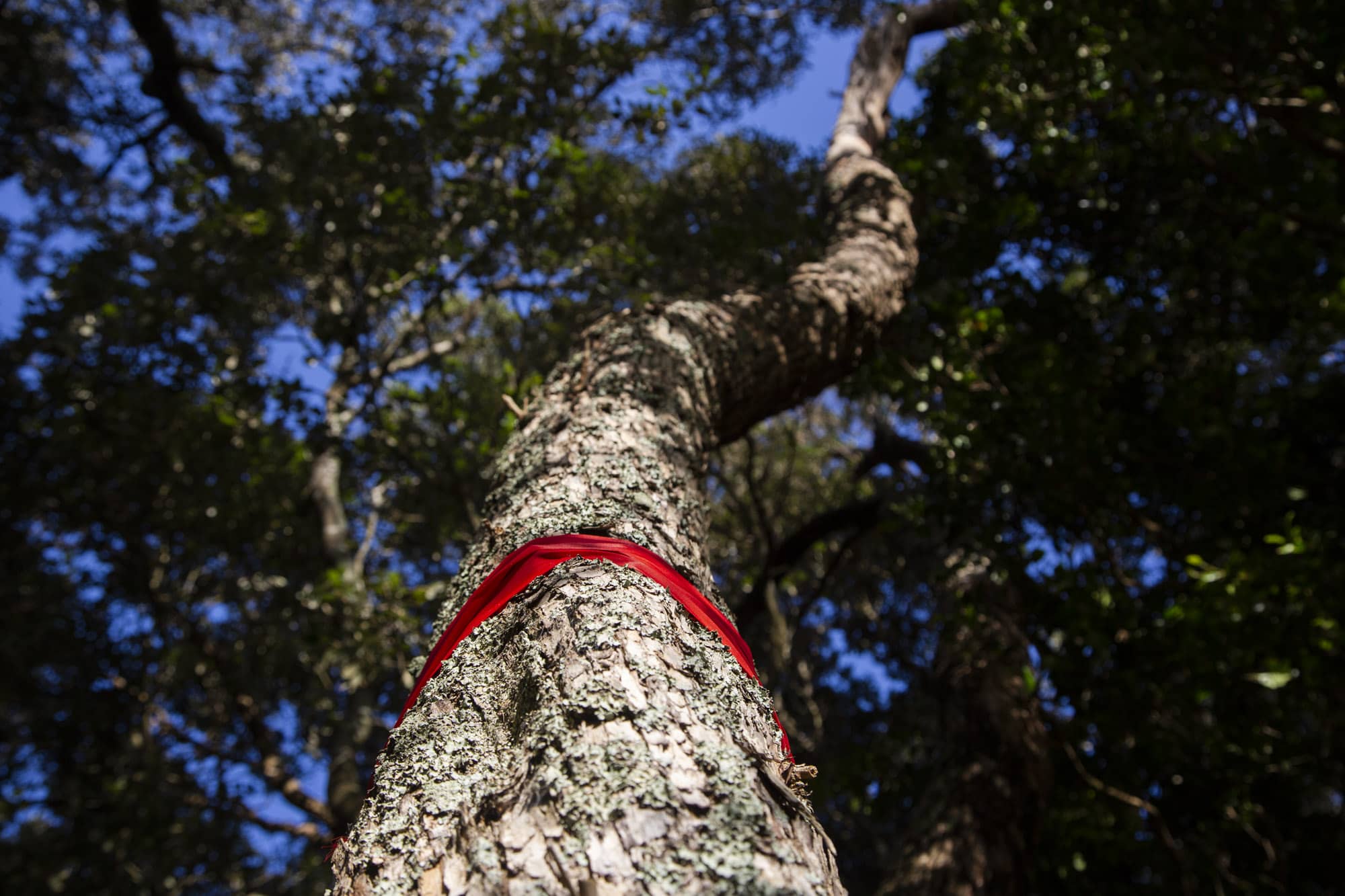 At Ōwairaka, Mt Albert, Auckland. The self-titled ‘Honour the maunga’ group protesting against the removal of exotic trees have marked the trees due to be cut down. The Tūpuna Maunga Authority, the legal body that maintains the maunga in Tāmaki, has already started planting native trees to replace the exotic species. (Photo Cornell Tukiri ©)

Oblivious to our own assumptions and behaviours, we trample on the key relationships that can sustain this place for all.

Ōwairaka maunga in Auckland is a classic example of this, where non-Māori want to save some established non-native trees and are protesting against the Tūpuna Maunga Authority plan to replace them with native trees. The arrogance and irony of their confrontational approach escapes them.

The mainly white, middle-class school climate strikers are learning about this as they’re challenged by 4 TK (4 Tha Kulture) who represent brown voices from South Auckland about who leads on the climate issue in Aotearoa, who is indigenous to the Pacific, and who are the most affected communities.

Our excuse in the environment movement is to point to the risks of Māori adopting our corporate models and adding to the environmental damage. My response is: Who are we to demand Māori remain in poverty while our economic system offers no alternative survival strategy? Who are we who can afford to buy up the land that they lost and turn it into organic paradises for ourselves?

Once we’ve acknowledged who we are and who we are not, once we recognise rangatiratanga, the relationships can start to flourish and the wonderful knowledge of all cultures can be shared for the greater good.

But the first step is ours to take. We need to learn, to follow and support, to listen. 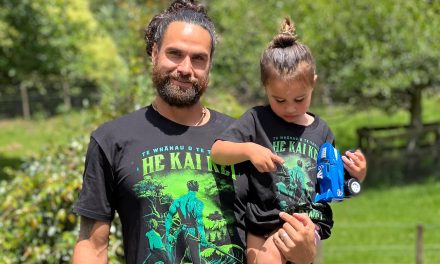