Sonny Tau and the kukupa 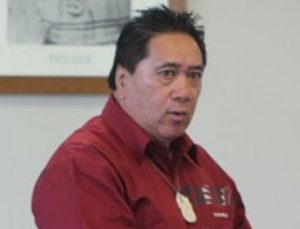 This whole “Sonny stole the pigeons” fiasco has turned real ugly here in the north, and some of it needs to be exposed for what it really is.

Yes, Sonny Tau made a dick of himself by getting snapped with kukupa up his jacket, and it sure ain’t a good look for Ngapuhi with him being chairman and all. But the hysteria being whipped up by his enemies is ugly.

Sonny isn’t the best-loved man in the north. He’s an arrogant prick and he can be bloody rude as well. And most of the Kotahitanga-types hate his guts because he leads Tuhoronuku who got the mandate from the Crown to settle the Ngapuhi claims and Kotahitanga didn’t. And having that power has made him even more hate-able than normal.

I’m no great fan of Sonny or Tuhoronuku, and I’ve made my position clear on numerous occasions. I don’t want us signing away the sovereignty in 2015 that our tupuna refused to sign away in 1840. And I don’t like seeing us being divided into two camps when the future we want is a future that benefits all of our mokopuna.

But saying that “Sonny stole the pigeons” has reduced Ngapuhi’s mana… and shamed us all in the eyes of Maoridom… and the tribe has to “hikoi to Invercargill” to apologise for Sonny’s behaviour… and so Sonny must resign every position he holds if the integrity of the tribe is to be maintained. Well, saying that is just plain bizarre.

He stole some pigeons for God’s sake. He didn’t steal somebody’s land. He didn’t bash an old lady.

In fact, most of us patted the pigeon-poachers on the back and looked the other way. Actually, I could name a few people in Tuhoronuku and Kotahitanga who’ve done the pigeon-poaching thing themselves. But I won’t. Catching a pigeon once in a blue moon to feed the old people is what we do.

And while I’m on the topic of law-breaking and bad decision-making, let me politely suggest that, if we were to run the scan over the current crop of iwi leaders and pretenders in the north, we might all end up looking a little rudderless.

But back to Sonny. Should he stand down over the pigeon debacle? Yeah. He probably should. What he did was dumb and unbecoming for a man who leads Ngapuhi.

But let’s keep our perspective here. The main threat to kukupa isn’t Maori. And neither is it the chairman of Ngapuhi. It’s the predators brought here by the Pakeha, particularly feral cats, possums, stoats and rats.

So spare me all this holier-than-thou nonsense. If you want to take a shot at Sonny, come out in the open and do it. But do it honestly, like the young woman who posted a power-packed condemnation of Sonny for the way he has treated Ngati Hine. She listed 10 reasons why she didn’t think he was leadership material. It was forceful and compelling stuff. Short, sharp, very moving, very clear, and hard to fault. And she didn’t have to mention pigeons to make her point.

I don’t know all the facts about what happened down south but neither does anyone else. I’ll reserve my judgement on “Sonny stole the pigeons” until the legal process is over. I suggest everyone else should the same.