In defence of Whānau Ora 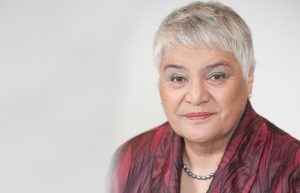 Last week the Auditor General, Lyn Provost, released a report on the Whānau Ora programme. The report praised the potential of the programme, but it questioned the extravagant administration costs. Provost also conceded that she didn’t know how to define Whānau Ora – and there was no sign of anyone else knowing how to do that either.

All the elements of a political disaster are here. It’s a Māori welfare programme. There’s misspending. And there are confused officials. Provost criticised Te Puni Kōkiri, the lead agency for implementing the programme, because it is spending nearly a third of the Whānau Ora budget on admin. That’s about $42 million of the $140 million budget. Normally, admin should use only about 10 percent of the overall costs.

Yet not only had TPK overspent on admin, it had also underspent in other areas, as Tariana Turia revealed last year. This is why the delivery of the programme has now been devolved to Whānau Ora Commissioning Agencies. TPK couldn’t be relied on. Tariana, in fact, reckons that TPK never believed in the programme to begin with. (And you might well speculate that TPK was setting up the programme to fail.)

Which would be a tragedy. Whānau Ora really does have the potential to transform the way welfare and social services are delivered. Yet attributing all the blame to TPK would be unfair because there’s also been an epic failure of political communication. Descriptions like “a culturally anchored approach” and an “integrated pathway” will not do. No politician has given an accessible account of what Whānau Ora does.

We’re told that Whānau Ora is a “culturally anchored approach”, but what it does is actually more simple than that. It lets whānau decide how they will use social services. For example, whānau can come up with a whānau plan, apply to a commissioning agency and then earn funding to meet their needs.

Another option is for whānau to use a whānau navigator to help them access different social services.

So, rather than acting as passive recipients of state support, whānau become active participants in the delivery of that support. But Whānau Ora is not just a form of welfare – as most people seem to conceive of it.  It’s also a form of civic participation and self-help. This is revolutionary. And it deserves support.

Granted, it’s difficult to determine what success looks like. You can’t, for example, confirm that “client 289567 moved into training on 27 May” or “client 320097 found work on 12 June”. How can such simplistic measures capture whānau progress?

But what you can do is ask the whānau themselves whether they feel empowered. This is the best measure of success, although the bureaucrats don’t seem to think so.