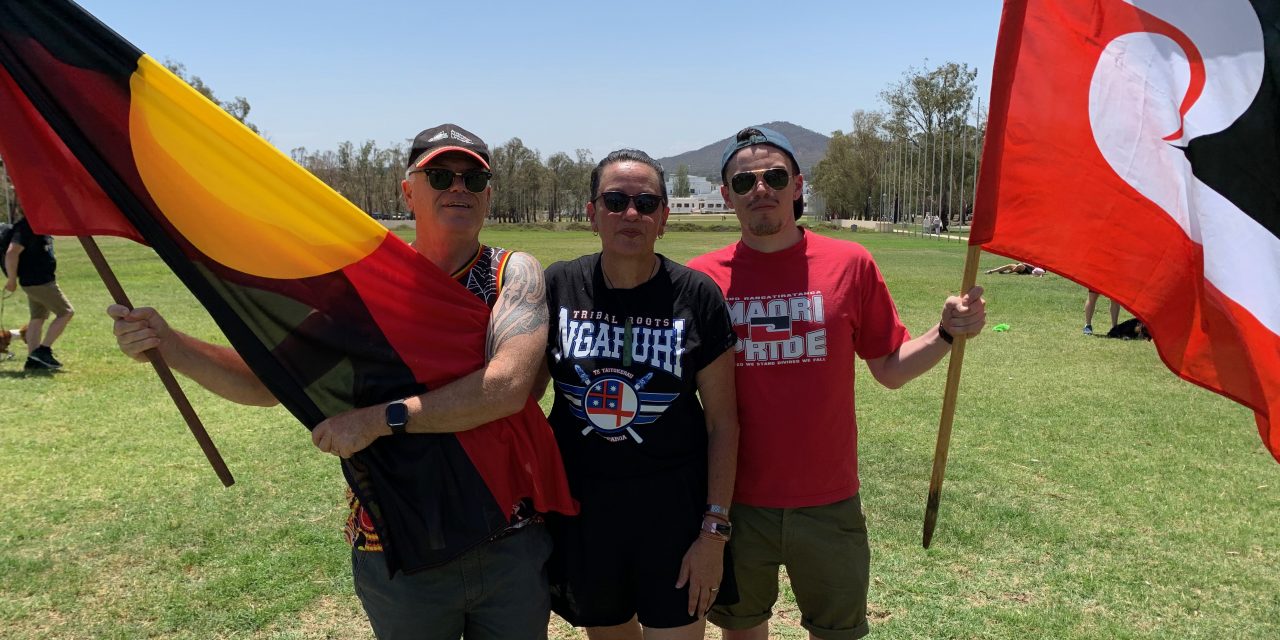 For more than 200 years, maybe much longer in fact, Māori have been visiting Australia. As time has gone by, more and more have settled there. Around 150,000 by now, which is almost 20 percent of all Māori in the world. And about 65,000 live in New South Wales.

And, as the number of Aussie Māori (Mozzies) has grown over the last several decades, there’ve been increasing calls among them for a place to call their own.

Finally, just last month, out in the western suburbs of Sydney, there was an agreement to set up a Māori cultural centre on a 15-hectare site at Greystanes.

The discussions have been between the Cumberland City Council and the Sydney Marae Alliance which has been pursuing this sort of project for decades.

But the idea of a papakāinga, a Māori base, on Australian soil hasn’t been without controversy, especially from Māori on this side of the ditch who say it’s disrespectful to Indigenous Australians.

The criticisms are unfair, writes Jo Kāmira, who arrived in Sydney as a four-year-old in 1967. She’s working on a PhD on Māori developments such as this — and on the Māori relations with the Dharug people who are the tangata whenua in that area.

As far as we know, the first written account of Māori in Australia dates back to 1793. That probably accounts for the view that our time in this country has been relatively brief.

In fact, the Dharawal and Yuin mob place us here before the 1788 invasion, when the first fleet of uninvited British colonisers arrived at what is now known as Botany Bay.

But, whenever the first contact, the questions for me are: Why has it taken so long for us to establish a papakāinga, a place of our own, in this country? And why have there been such vehement arguments about this issue from Māori who don’t even live here?

As the mother of proud Aboriginal and Māori children and the partner of a proud Aboriginal man, I’m reminded every day that even though I’m a First Nations woman, I’m also a migrant because I came here when I was four years old. That was half a century ago now, but I’m still a migrant. 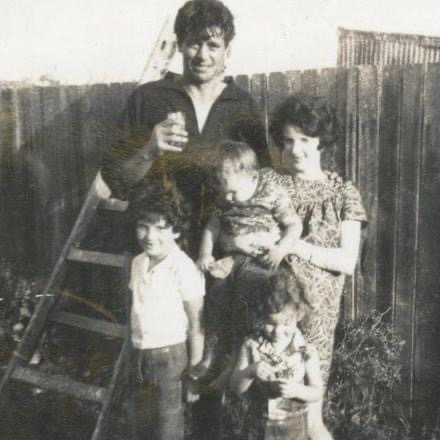 Many of us Māori Aussies face questions about our identity. But the same goes for any group of migrants who’ve been part of the diaspora from other countries.

What makes us so different from other ethnic groups? Firstly, we all whakapapa to our own marae in Aotearoa. Some of us have multiple marae where our whānau have links. It’s where we learn our culture, our customs, traditions, and protocols. Our marae are the source of our tikanga and kawa.

I’ve heard the argument that, instead of supporting a marae here, we should be sending money back to our own marae in Aotearoa. But, like other ethnic groups, many of us have committees where we fundraise for our home communities.

The other argument I keep hearing is there hasn’t been appropriate consultation with Aboriginal people.

In the 1970s, when my parents, Matiu Campbell and Janice Cox, were on the first “marae” committee, the thought of obtaining land and a building was a mere dream.

But since the early 1990s, there has been consultation. We know the ravages of colonisation and the settler state has meant that not everyone gets consulted, and that can cause deep divisions and rifts. But there has been 32 years of consultation with Dharug to be exact. We wouldn’t be going forward with this without their blessing.

One point that should take the heat out of the criticisms is that, while everyone’s talked about this being a marae project, it’s really something different. The plan is for a Māori cultural centre. Not a marae, in the true sense of that word. How could it be, when it’s not on our whenua, when it’s intended to be a place for Māori of all tribes?

It will be a whare wānanga and a cultural space for us Māori Aussies.

It will be a place that we can use for learning, for celebrations, and for farewelling our deceased before they go home. It doesn’t matter which tribe you’re from because we’ll never embrace a uniform view of how to do things. And that’s okay.

Of course, we’re not indigenous to this whenua, nor are we trying to claim rights that properly belong to Aboriginal people.

But we do have significant connections to this land. Dharug country was where Māori first lived. Ruatara, a Ngāpuhi chief, lived at South Creek, and Hongi Hika spent time in Parramatta, too.

The early records show that Māori made many visits to Australia, but our pattern was always to return home.

There was a particularly strong relationship between Tasmania and Aotearoa, but Port Jackson (Sydney) was the mecca. Not just for Māori, either. There were West Indians, Tahitians, Africans, Indians and other nationalities from all over the world.

In the writings from those times, we were referred to as New Zealanders. That’s because the Pākehā saw themselves as British. But we were different. We Māori were “New Zealanders”.

But later in the 19th century, our migration slowed down. White Australians were being asked to fight in the land wars and were promised Māori land in return for their service. 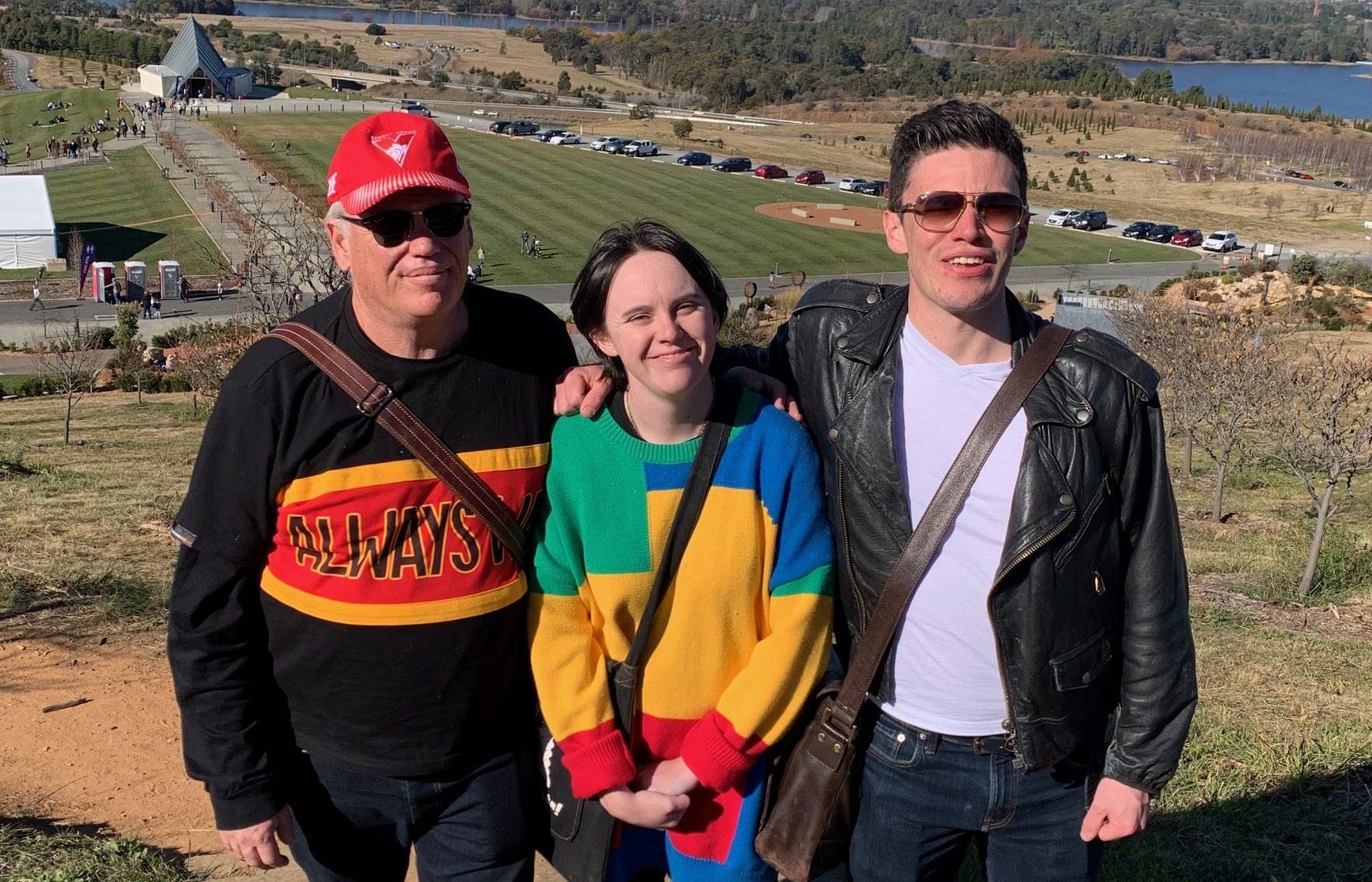 My family’s connection with Australia came in the 1960s. My dad came from Mitimiti, a small coastal settlement in Northland. Mum is Ngāti Pākehā from Hawke’s Bay. She has an Italian and Jewish whakapapa.

As we settled into Sydney, we moved around in the western suburbs where Mum was a teacher and where I went to a co-ed high school where (no surprise) the Indigenous kids were treated as inferior, and where, because of my brown skin, it was seen as a mistake when I was put in the top academic stream.

There were any number of other instances where we saw and experienced the prejudice against people who weren’t white. Like when Mum offered a teaching colleague a lift in our car. She peered through the window, saw us four brown kids, and said to Mum: “Couldn’t you get yourself a white man?”

A white husband wasn’t my choice either. I married Craig Sams, a proud Wodiwodi man who was from the Dharawal nation through his mum, and he was a third generation Chinese-Australian on his father’s side.

The Wodiwodi are the mob from the Wollongong/Nowra area on the south coast of NSW.

Craig and I met when we both served in the Australian Federal Police in the 1980s. We were both detectives in the drug squad. We also started the Aboriginal and Torres Strait Islander unit in the AFP as a result of a royal commission into Aboriginal deaths in custody.

We have two sons. Tyrell Piripi Te Toko (27) who’s a consultant with an Indigenous accounting firm and Ngioka Kahukiwa (22) who works for an Indigenous cyber security company.

Craig works for the Aboriginal and Torres Strait Islander body that advises the government on policy and direction.

And here we are now, hopeful that the cultural centre will be a step forward for Sydney Māori keen to strengthen the understanding that they and their children have of their Māori identity, their legacy, and their future. 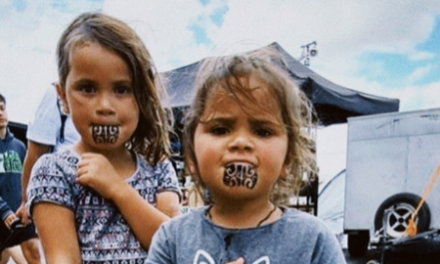 Mozzies: We don’t cease to be Māori once we’ve left 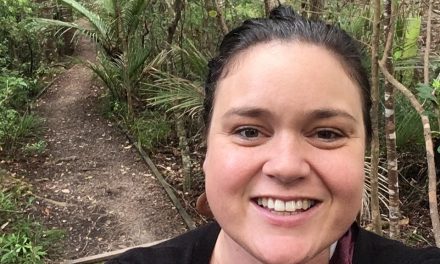 Hey, white women: Māori culture is not your birthright 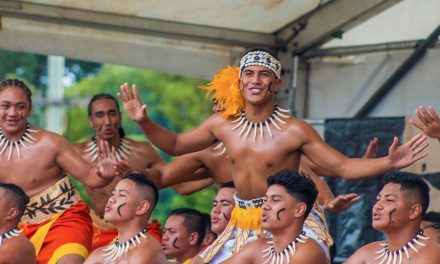