Let’s talk about the book, not the writer 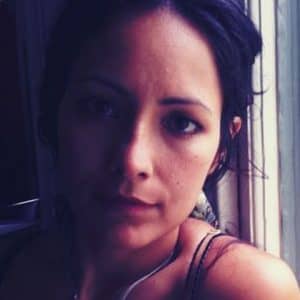 Six weeks ago, I did a poetry reading in Auckland. It was on National Poetry Day and I was in exalted company at an occasion called Divine Muses. Among others there were CK Stead, the outgoing Poet Laureate, and Paula Green, who recently won the Prime Minister’s award for literary achievement.

So, for me, as an early career writer, that was a significant reading — and I was excited to take part.

My first book, Lucky Punch, was published last year. It’s been widely reviewed and opened up a new level of engagement for me with the writing community. The mind-blowing experience of authors I hero-worship saying they love my work has happened more than once.

So the space I am in is mainly grateful and happy, surrounded by support and luxurious new conversations and connections.

And yet, within this wondrous and positive new life, there is an ongoing conflict that sets my teeth on edge. It has nothing to do with me as a writer and a person. It’s to do with me being a Tongan New Zealander and the reactions and assumptions this provokes.

The assumptions include that things will be easier for me because of diversity, or harder for me because of diversity. Or that I need to be grouped with other writers of the same ethnicity because, I don’t know … we’re safer in numbers? Or, as one similarly affected writer put in a Facebook comment, “as if we only exist as a weird little exotic niche and not as actual poets”.

After the Divine Muses reading, I was standing with some other writers, all Pākehā. The conversation turned to Selina Tusitala Marsh’s book launch, held a couple of hours earlier, at which she’d been announced the new Poet Laureate. The group made excited comments about how awesome the launch was and wasn’t it good to have a female Pacific Island poet laureate.

They smiled and nodded. I nodded too.

Selina is a powerful choice, with two acclaimed books and one new. Her poetry and person lives so well in performance, and her work is based on the highest institutional achievement, but also appeals to the non-literary.

The group paused, looking at me, waiting for me to say something. An unwelcome thought crept into my mind: Hold on — do they think Selina was chosen because she is a Pacific Island woman?

The group was still waiting. I nodded again, but my smile felt fixed on: a Mr Potato Head smile.

Internally, a slideshow has been triggered.

I’m 12, at St Francis School, waiting for my dad. He leaps from the car in his psych nurse whites and long socks with red trim. He’s doing the thumbs up and a wiggling, bouncing dance. I have won the third form scholarship to St Mary’s College.

It’s 2010. I receive an email from the International Institute of Modern Letters (IIML) in Wellington. I’m at work at Whybin/TWBA in the old manor on Mayoral Drive. My hand is shaking so much I can’t control the mouse. I have to use both hands to twitch it into position, take a breath and click. I’m in.

Later that year, a fellow student (Pākehā, male) says to me: “You’ll get published because publishers love you PI writers.” And then he adds: “You’ll have to learn to write, though.”

It’s May 2017. Lucky Punch has been launched. I arrive at Aotea Square for my first-ever session at the Auckland Writers Festival. I have bronchitis and I feel like shit. The session convener greets me: “It’s good to see some of you Pacific Island women running around the festival,” she says.

At the Going West Festival, Tina Makereti says only three percent of fiction is PI-Maori. I put my hand up and ask how we increase diversity without adding to the perception that minority writers get published because they represent diversity, not quality. Witi Ihimaera signs my copy of Black Marks on the White Page, and writes: “You have to be brave.”

I was smart at school. Like smart enough that kids lined up at my desk for the maths lesson because the teacher wasn’t very good. I routinely topped all my subjects. Being Tongan wasn’t a disadvantage or an advantage. It didn’t occur to me that I was anything other than a pretty weird New Zealander with an oddball family — both the Tongan side and the Pākehā side.

So it surprised me to find out, when I started writing, that having a Tongan father marked me as a minority writer. I would not qualify just to be a Kiwi voice.

Of course, I’ve had afakasi experiences. I’ve been the Bounty Bar Pālangi girl doing the tau’olunga for the first time with rows of laughing spectators, my head tilting unfathomably more and more to the left. I’ve been the PI-under-the-radar in all-white work environments, privy to uncensored casual racism.

But, right now, these experiences don’t drive my work. I’ve made other choices.

Diversity is good. We all want diversity. Especially in the arts sector of a multicultural South Pacific island nation like New Zealand. But we’re not achieving it very well, in literature anyway. Brannavan Gnanalingam sums it up nicely here where he laments New Zealand’s lack of non-white writers, lack of non-white content written by Pākehā writers, and the monochrome nature of literary audiences.

All of these are large and complex interwoven issues which are too big to tackle here. One thing that’s clear to me, however, is that we need to develop more consciousness and nuance in how we talk about non-white writers in the literary community.

We know diversity is good and desirable. Do we need to make a point of it when a minority writer publishes a book or gets an award? Who doesn’t agree it’s good we have a black Man-Booker Prize winner? Let’s talk about the book.

Contextualising the participation, work, and achievements of a minority writer in diversity virtue signalling is patronising. It makes being included feel like a kind of a social consciousness exercise, like drinking enough water. It implies non-white voices wouldn’t stand purely on artistic merit or interest from the general public. That if “we” didn’t consciously include “these” voices as a diversity exercise, interest from the general book buying public would be so feeble as to fade into non-existence. How will we ever know when the general public is being sold an “ethnic” story, not an awesome story.

One review of Lucky Punch congratulated Kiri, my publisher, for being a niche Pacific Island and Māori publisher making sure voices like mine got heard. This is the equal and opposite theory to the classmate who assumed I’d be more attractive to publishers (presumably general publishers). You’re damned if you do, damned if you don’t.

Isn’t it fair to expect my work to be of reasonable quality, given I’ve achieved a Distinction from the IIML — unless I got in just to meet a brown quotient (doubts like this start to bubble unbidden).

Surely it’s just as likely a publisher would like my work and want to publish it, as for a Pākehā writer? It’s a disappointing feeling — to even have to ask myself this because of assumptions. I’d rather be treated as a writer than a species.

Four of 84 poems in Lucky Punch deal directly with afakasi identity, yet I’ve already been grouped with Karlo Mila, Tusiata Avia and Grace Taylor — all of whose work I admire, all of whom write far more comprehensively on the subject of Pacific Island identity. Grace’s book is called Afakasi Speaks.

As a writer, I have more in common with other prose poetry writers, stream of consciousness writers, or memoir as poetry writers. (I flatter myself wildly but Jenny Bornholdt and Airini Beautrais are influences.)

Perhaps it’s my failure to distinguish myself. I’m not unique enough to be treated as a writer rather than an ethnic minority writer. That’s sadly what it feels like. I was so encouraged by Anne Kennedy’s comment at my book launch: that there’s nothing like Lucky Punch out there. It’s discouraging to feel personally overlooked. It feeds self doubt, suspicion, and adds new layers of identity conflict.

The best question I’ve been asked about how my ethnic identity informs my writing was by Jesse Mulligan, a huge arts supporter but hardly a literary maven. He joked about delivering on his threat of reading poetry to listeners of his RNZ show while introducing me. Jesse said: “You don’t wear your Tonganness on your sleeve (in Lucky Punch) do you?” It was pleasing that he noticed the activeness of my choice and that he asked me about it. Rather than assuming.

Writing is individual output. It is not genetically pre-determined. Assumptions aren’t good enough.

That’s not to say this problem of typecasting is prevalent, but it’s present and consistent. Enough that I feel uncomfortable in a benign situation, discussing the merits of Selina’s laureate-hood.

I’d like to make some suggestions for reviewers, festivals, and fellow writers to keep in mind when talking about writers who belong to ethnic minorities:

Discuss the work first and foremost.

You don’t have to mention diversity just because you’re talking to us.

Talk about how we talk about ethnicity, not about our ethnicity.

Diversity is good. So is individuality. So is good writing.