Alika Bumatay’s teammates call him “the Hawaiian Jack Black” because he’s constantly cracking jokes. But when he talks about wa’a, it’s a different story. “Wa’a means everything,” he tells Simone Kaho. “It’s a family member.”

The sun is setting on the Hihiaua cultural centre in Whangārei, where the Rātā waka symposium has brought together carvers from Aotearoa, Tahiti, and Hawai’i.

The Waka camera crew and I are out the back, beside a drum of whale oil, sitting among the logs, interviewing Alika Bumatay, the leader of the Hawaiian carving team.

Alika’s teammates call him “the Hawaiian Jack Black”, after the American actor and comedian, because there’s always plenty of laughter when he’s around. He’s constantly cracking jokes, making funny asides, helping to lighten the mood.

But when he talks about wa’a, it’s a different story. He’s suddenly serious, and his face fills with emotion.

Alika’s team is making a six-man Hawaiian fishing wa’a from a tōtara that came from a farm in Kaihohe. It was cut down especially for his team. When I ask him how he feels about the tree, his eyes mist.

“That’s why we work so hard — because we’ve taken a life, we must give a life.”

His eyes mist again when I ask him about his father, Ray Bumatay, one of Hawai’i’s most respected canoe builders. He’s a kāhuna kālai wa‘a, a master waka carver — the equivalent of a tohunga tārai waka in Aotearoa.

Ray was supposed to be leading the Hawaiian team but he fell ill just before the symposium, so Alika agreed to lead the team in his place. But it’s easy to see how painful it is for him. 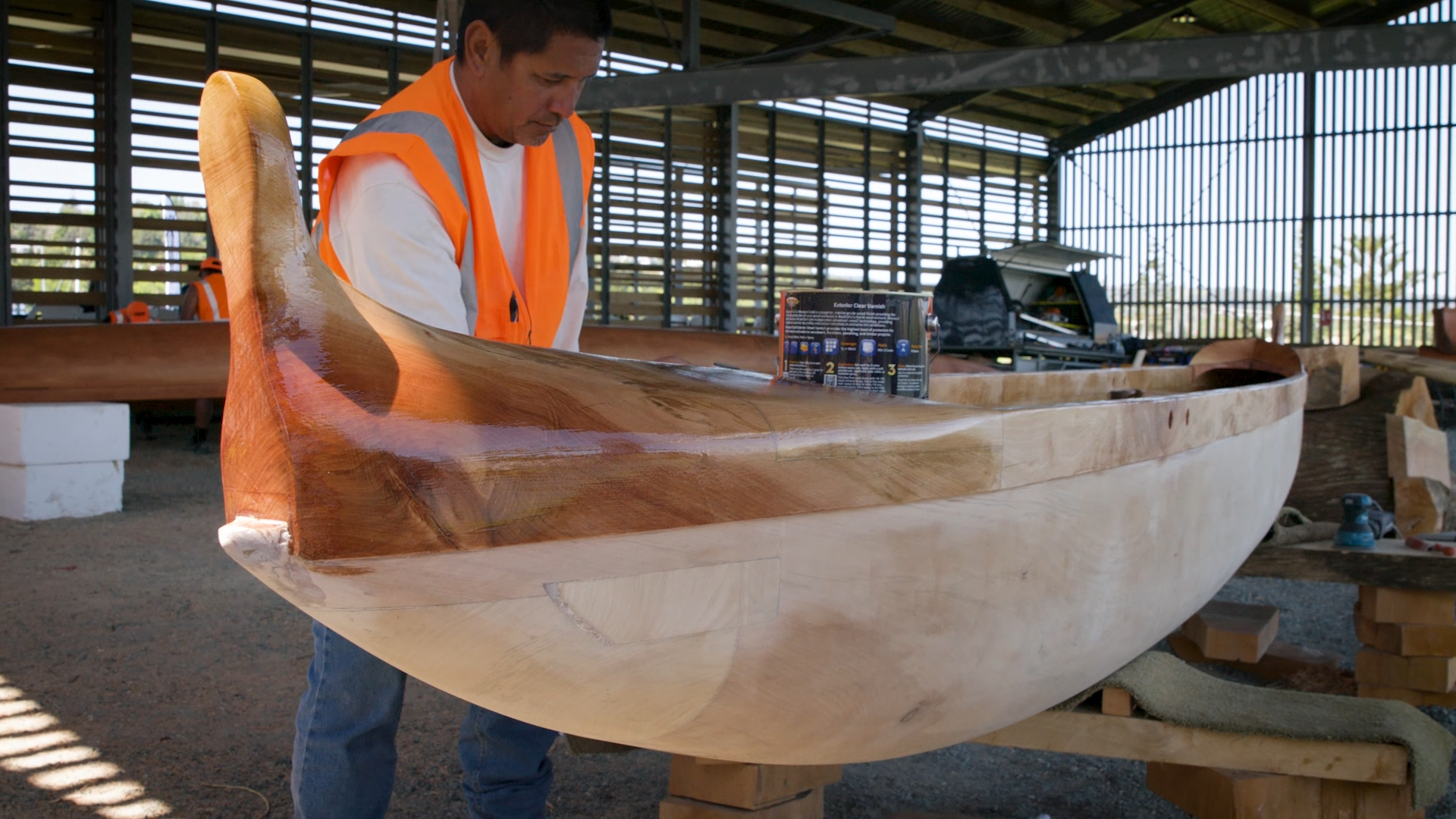 Ray Bumatay carved his first waka in the late 1970s, at the age of 34, after moving from Waikiki Beach to Hawai’i’s big island to settle down and start a family.

He’d come from a long line of master carvers, where the carving knowledge was passed down through the generations, from father to son. But when his grandfather had five daughters, one of whom was Ray’s mother, that tradition skipped a generation.

In a 2018 interview, Ray told Ke Ola magazine that, when he first started, he’d heard stories that “you can see the canoe in the tree”. (It’s what all the master carvers say.) But he didn’t believe it. So, one day, he sat down with a six-pack of beer and stared at his big log. This went on for two weeks and several more six-packs. And then came the breakthrough. He was about to open another beer when he saw a red line appear on the log. “I put my beer down and cut.”

Back at the workshop in the Hihiaua centre in Whangārei, I watch Alika doing much the same thing. Sitting. Looking at the waka for long periods. And listening.

At one point, he tells me he’s waiting for the waka to let him know if his team can go to Auckland to run student lashing workshops. (His family has an 800-year-old lashing technique so ingenious that, even if part of it is cut or broken, it still holds tight.)

“So, far she’s been all co-operative, but I’ve seen waka who will not allow themselves to be cut. Chainsaws just bounce off. She will let us know.” 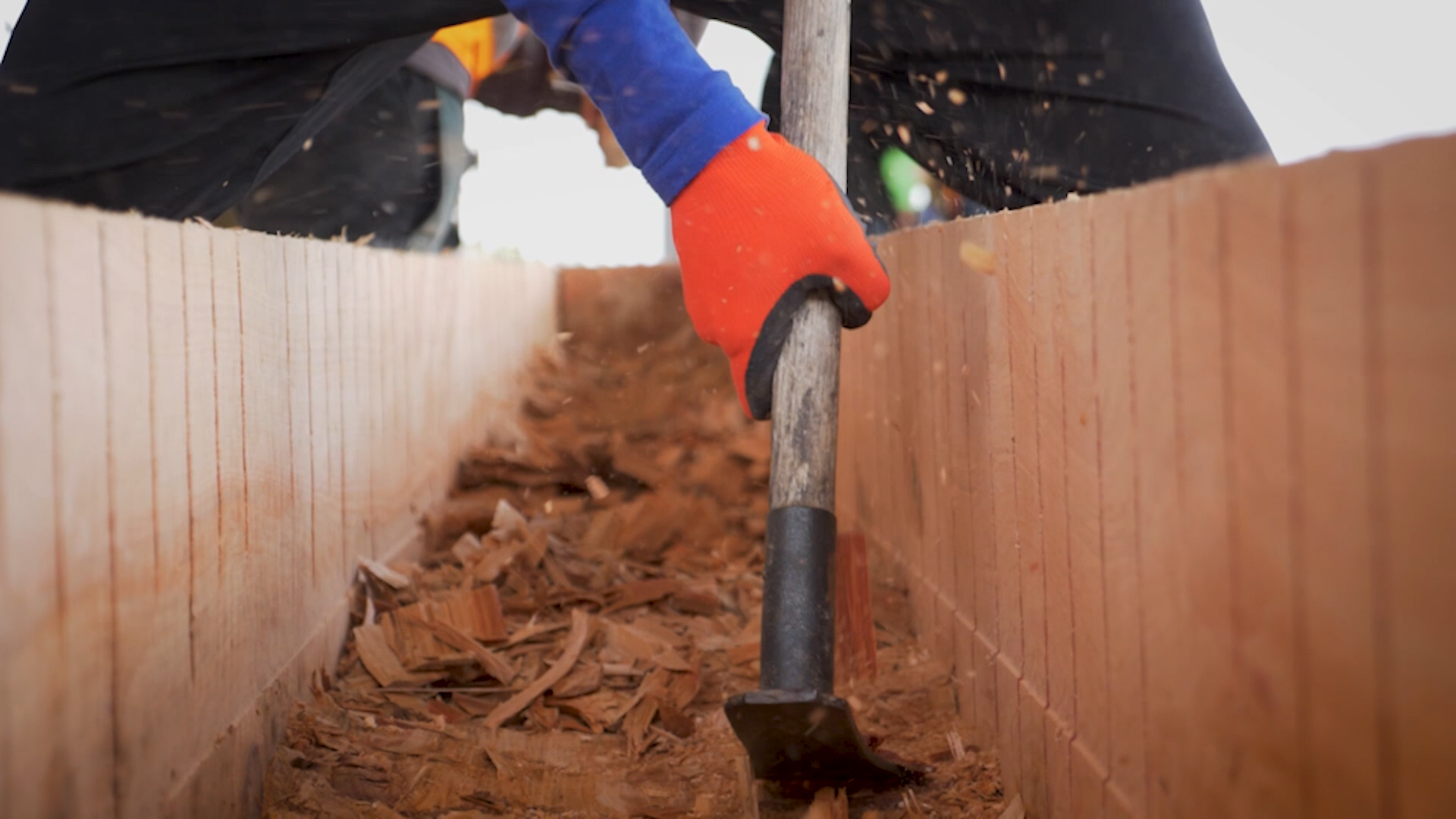 “Wa’a means everything. It’s a family member,” he says.

And it’s true. The Hawaiians treat their wa’a like a revered elder or a precious child: lovingly, and with tenderness. They remove their jewellery and watches before they handle her. And they never allow her to rest on a hard surface without some cushioning.

Like all the carvers at Rātā, Alika has a connection to Hekenukumai Busby, the Far North kaumātua credited with revitalising waka carving and traditional Pacific navigation in Aotearoa. Ray and Hector were close friends. “They’d finish each other’s sentences,” says Alika. “It’s like they were dancing.”

Every year, they’d meet up at the International Festival of Canoes in Hawai’i. Hek’s protégé James Eruera would be there, too. And Alika and his brother Doug. Relationships were formed, connections made.

In 2016, James happened to be at the Smithsonian Institute in Washington, with the Tuku Iho exhibition. A Smithsonian curator thought he might be interested in seeing a 230-year-old wa’a that was sitting in one of its storage units. It had been gifted to the museum in 1887, by Queen Kapi’olani of Hawai’i.

An excited James immediately called Ray and Alika. Together, they came up with a project called Recovering Voices, which made it possible for the carvers to meet in Washington to study and repair the 19-foot wa’a.

Kapi’olani’s wa’a is now being 3D-printed from scans provided by the Smithsonian, as part of the Rātā symposium.

James Eruera rates the Hawaiians as the best technical experts in canoe building: “They make creatures of perfection.”

The Hawaiians call their wa’a Kama, which means child. 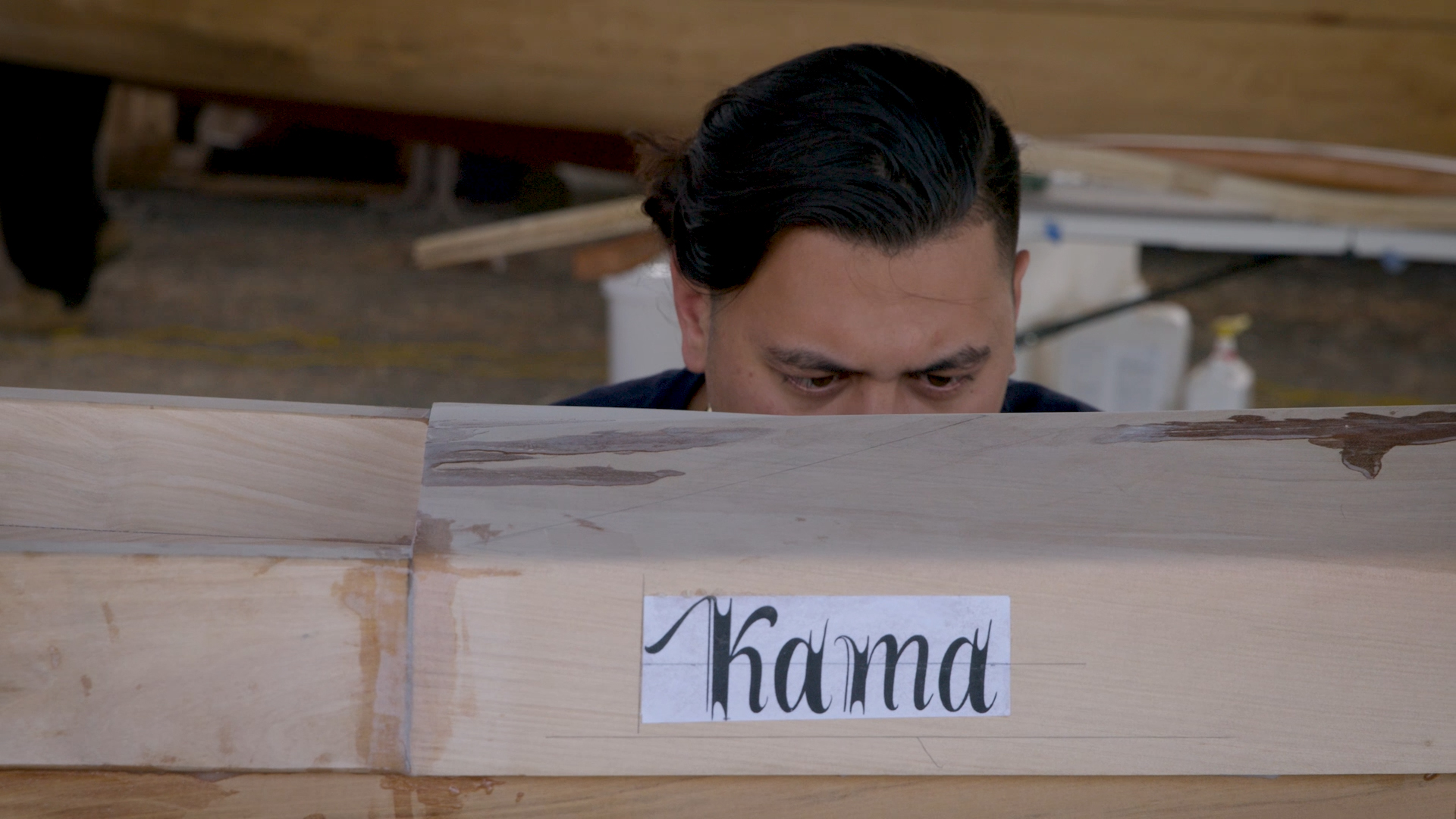 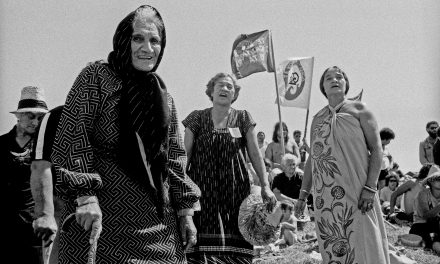 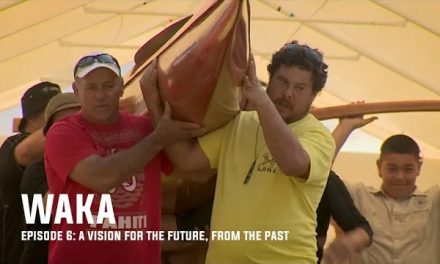 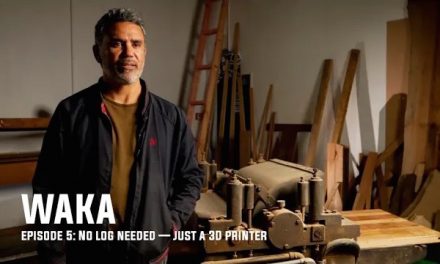 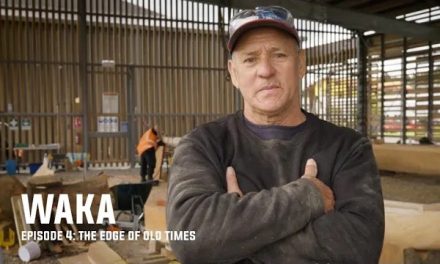