Pay attention to those who go before

Ephraim Te Paa (right), “a great orator and philosopher of the old school”, delivers a poroporoaki accompanied by his brother Puhipi, as well as Sonny and Meremere Petricevich.

The words of our old people are the stars that guide us on our language journey, says Tainui Stephens. Here he writes about some of the kaumātua who showed him the way.

To learn any language, you must spend time with those who speak it.

As I navigated my teens and 20s, I hung around those who spoke Māori the most. Back then, that was the old people.

In every subsequent phase of my life, I would seek out kaumātua who were knowledgeable about the Māori world. They saw my hunger and were always very gracious with me. I would sit and listen to their words, try and remember them, and write them down afterwards.

Most of all, I would try to use what I heard — or rather, what I could actually understand.

My own elders spoke a level of language that was quite different from what I was learning out of the university textbooks. At the time, I understood little of tribal dialects. The language we studied had its roots in the reo spoken by Ngāti Porou and Tūhoe.

My kuia and koroua didn’t speak Māori all the time. Very few of them used Māori with their own children. Of course, when we went to hui, they would naturally and happily natter among themselves in te reo. Beyond that, it was spoken only when we popped out to visit some of their friends and whānau.

Whenever we went somewhere, or someone visited us, it was always a chance for a mihi session in the lounge or the dining room — wherever the fried bread and cups of tea happened to be set up.

These informal occasions didn’t require speeches full of the chants and the eloquent techniques of the top orators. It was more a chance for peers of a certain generation to catch up with family business like new babies, family feuds, or preparation for Māori Land Court hearings.

Every visit, whether planned or unannounced, would see these tikanga adhered to. They were fun, but often confronting, too, because they were very honest. No need to be nice for the benefit of manuwhiri.

I quickly learned that these traditions of sincere courtesy and frank communication had a vital place in the home and in our ordinary day-to-day lives, away from the marae. 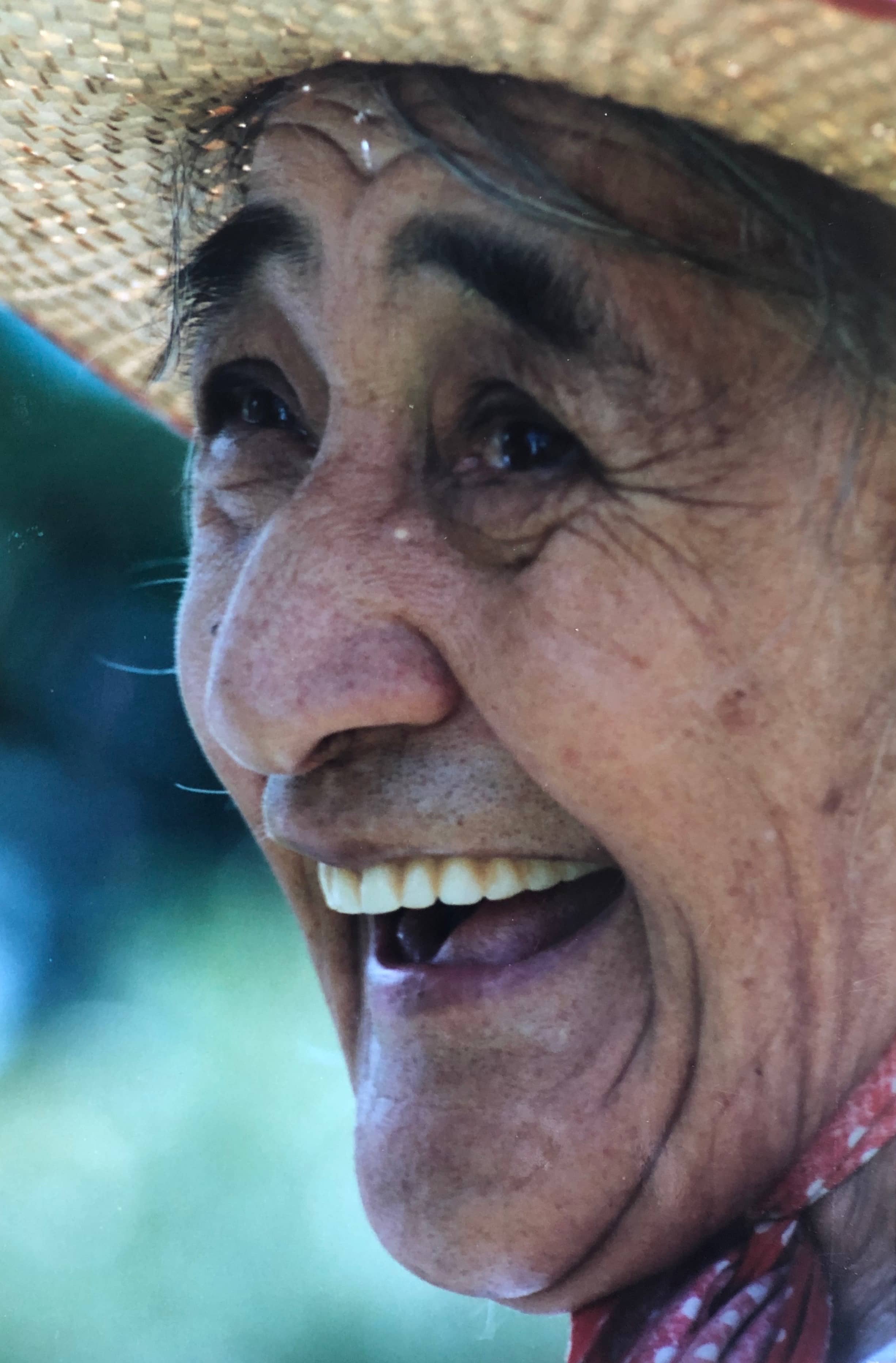 One beloved kuia in those years was my great aunt, Hera Waitai. Aunty Hera was a character with a large personality. Although she was a devout Jehovah’s Witness, it was clear there were some moments when her faith clashed with her Māori traditions.

She loved shellfish, but her church didn’t permit such food. She had a habit of saying “Praise The Lord!” in response to many situations. However, when she was slipping down a few mussels, that would change to: “Forgive Me Lord!”

And, of course, after kai, it was back to: “Praise the Lord!”

She would write to me in Māori, but her letters took months to arrive. Mainly because she often addressed the envelope with just my name and the city where I was living.

She’d ring me at work and, there on the phone, we’d have a karakia and sing a hymn together. She was a big woman with a big voice, but when she sang, it assumed a soft, child-like quality. Even now, I can hear Aunty Hera doing the descant line in hymns or offering the quintessential northern karanga to manuwhiri: “Haere mai nā, haere mai nā . . .”

At home in Ahipara, I’d be with her as she entered our hapū cemetery at Wainui and went to each headstone to wail over the memory of whoever lay below. And through her tears and sniffles, always the words: “te aroha”.

It was my first understanding of the power of the Māori language to enable you to grieve. Every word ends in a vowel. Weeping words and short-sobbed phrases can just go on and on, as your emotions flow to where they need to go.

One of the Tai Tokerau kaumātua I used to stalk was Sir James Hēnare. He and Lady Rose were highly respected, and for good cause. They represented a generation of elders with deep knowledge of a Māori life that was no more.

Sir James had been trained in the last traditional wānanga of the north. His knowledge of history, genealogy, and waiata was exceptional. But, then again, he was like many other orators from other tribes of that era who’d been trained in their own wānanga. Every one of them warranted all the efforts I made to get close enough to hear them in action.

I was doing my own mihi and speeches within the whānau and kapa haka worlds I inhabited. It was something I was able to do. I’m not a singer, and neither can I carve, weave, or dive for food. I leave the arts to others, and my hunting and gathering for the supermarket. Put a taiaha in my hand and the enemy could only perish from laughter at the sight.

But, because I’m interested in language, I thrill to oratory — and, really, it doesn’t matter whether it’s in English or Māori. In Māori, however, there’s a transcendent pleasure in hearing the way the words are uttered in superior whaikōrero.

Sir James offered me an early lesson in that during a hui for Māori Language Week in 1981. In his speech, he used a well-known chant that talks of the chaos of creation — in particular, the booming thunder, the flashing lightning, and the rumbling earth.

Every time he uttered those words, you could feel the actions of the elements because of the energy he put into each verb: “Papā te whaititiri, hikohiko te uira, rū ana te whenua.” Then he’d pause for one whole beat, before saying: “Āniwaniwa te rā, āniwaniwa te rā.”

In that pause, I could feel the storm clouds pass, and see the rainbow shimmering over a quiescent world.

Another language exemplar for me was Ngāti Awa kuia Mīria Simpson. She was a well-known academic and widely feared for her absolute insistence on good language in either Māori or English. She also had a fun side, and loved the colour purple. In some ways, Mīria was a typical “kuia komekome”, the “grumpy Nana” who is never afraid to tell people off.

It’s a mistake to think that such a forthright attitude is born of anger. In my experience, they are simply people unafraid to cut through the BS and get straight to the point. Although she could be scary, she had a heart of gold and a brain of titanium.

She was called the “taniwha of the reo” for good reason. When you handed in your written assignments for her scrutiny, they were returned as “bleeding pages”, so called because of her liberal use of the red pen to correct mistakes.

I’ll never forget Ephraim Te Paa. He was the elder who had first welcomed me on to my own marae when I was 17. He, too, was a great orator and philosopher of the old school. Someone to whom even Sir James deferred. I was quick to pester Ephraim for information about all sorts of things. Most of the time, he would pat me on the knee and say something like: “A tōna wā” (in due course).

One day, three years after our first meeting, we were at a hui in Pukepoto when he called me by my first name. It was a surprise, because, in that moment, I realised that he had never spoken my name in my presence before. I then found that whatever questions I had, he would answer them to his fullest capacity. We got close. I guess I had to prove myself.

One night, in 1990, I received a phone call from a cousin, Mary Williams. She said to me: “E tino heke ana a Paraima!” (Ephraim is near his end). I got to Ahipara quickly and she and I went around to the pensioner flats known as Ngā Ōhākī, next to our tūpuna whare known as Te Ōhākī.

We entered his bedroom, and there he lay, clearly near death, wheezing and weak. He whispered a sentence to me that I was privileged to hear. I was receiving the ōhākī of one of my beloved kaumātua. Deeply considered words on the mind of a man about to meet his maker.

They are words I use frequently. But cannot, will not, write down.

Our kaumātua bring peace to our lives. They share with us the principles of life and language that have worth and value. They use the lessons of their own long life experiences to gift us, teach us, and show us the way forward.

If the past is the prologue, and it is, we would do well to pay attention to those who go before. 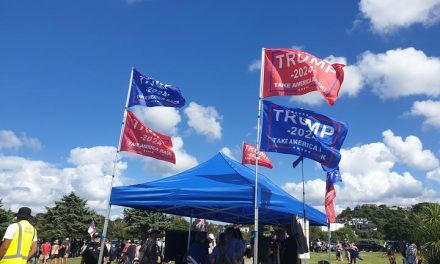 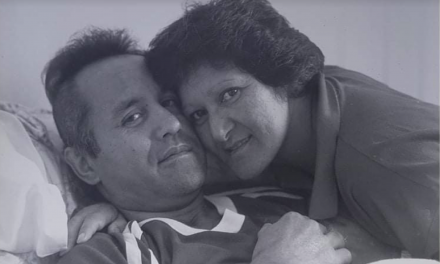