Holding on to all our ancestral languages 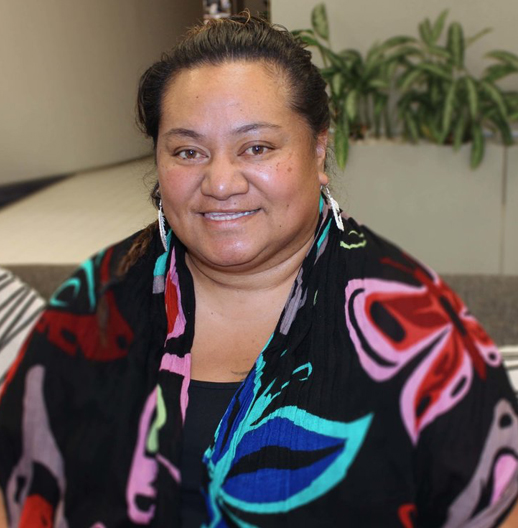 Tuiloma Lina-Jodi Samu: “Our ancestral languages and concepts in their purest forms are largely untouched by colonisation and Christianity.”

Tuiloma Lina-Jodi Samu, who’s the Pasifika advisor at the Human Rights Commission, speaks Sāmoan as well as Māori, Tongan, and Kūki ‘Āirani. Here she reflects on how learning Māori strengthened her Sāmoan and opened the door to other Pacific languages.

My beloved Grandma Silulu was born in Pu’apu’a, Savai’i, in 1900. My first memory is of her peeling me a big, juicy navel orange and explaining its name and sounding the word out to me:

Because of her, Sāmoan was my first language. She lived with us in Māngere, but after she died, our parents only spoke Sāmoan to each other and English to us. I was lucky, as somehow the language stayed with me.

I went to Sutton Park Primary School the next year. It was great as we had a little Sāmoan-speaking group run by parents who were teacher aides. My dad taught us younger kids the Sāmoan alphabet, national anthem, and Bible scriptures, but my four older siblings were brought up mostly in an English language environment. I think about this a lot.

Our parents wanted us kids to be able to fit in and succeed in life as fluent English speakers. It wouldn’t have been an easy decision. They definitely faced racism. Dad said that, when he arrived in the 1950s, sometimes, if he was in a queue, Pālagi people would just walk in front of him and get served first. This was acceptable back then.

At school, I remember performing the taualuga as the taupou and doing the ‘ava ceremony with red cordial. Being raised in the LDS Church meant that Sāmoan gafa (family tree) was taught. Our ward was Sāmoan-speaking as well.

Being brought up around Māori people meant seeing their absolute respect for the legacy of ancestors and whakapapa. I found that Sāmoan people didn’t often talk about our ancestors beyond grandparents. But, thanks to great teachers like Aroha Sharples, I was encouraged to know about my ancestors, cultural birthright, and heroes. She was a kapa haka superstar and I was in great awe of her.

One day at primary school, when I was seven, our teacher — a Pālagi woman who always reminded me of Gail from Coronation Street — was reading a book to us and kept mispronouncing the protagonist’s name. His name was Sefulu, but the teacher kept saying Sefarloo.

All the Pālagi kids in my reading group began telling me off: “NO! You’re saying the wrong name. It’s SEFARLOO!”

I was very angry and started shouting back at everyone who was shouting at me: “I am not saying the wrong name. If you keep saying Sefarloo, I’m going to get you all!”

By this time the teacher got up, went to her desk, came back with a leather strap and hit me five times on each hand. She continued reading the book about Sefarloo.

But this was an isolated case. I’ve had amazing teachers. At Māngere Intermediate, I remember John Tāpere. And then, at Ngā Tapuwae College, I was blessed to have Kepa and Pani Stirling as mentors.

I did akonga i te reo Māori through primary, intermediate, secondary and university level — and, over the past 30 years, I’ve been invited to take part in learning wānanga, all in te reo. These have been an honour for me to attend, because I’m not Māori, but I’ve been welcome to take part and contribute to the learning.

My gagana Sāmoa was nurtured by me being immersed in te aō Māori and learning to read and write in te reo because Sāmoan wasn’t an option at school. I remember asking my parents to teach me. They always meant to get around to it but never quite did. And this is normal for so many of us. Our parents do what they can do, and what they have the energy to do at that time. But there was no plan around to help them either.

They did what they could, and we do what we can. Any little bit of Sāmoan you can use is a good thing. Not being afraid to make mistakes and give it a go is important.

Today, in 2018, we have some truly excellent initiatives such as the Pasifika Education Centre in Auckland providing free Pasifika language lessons. The chief executive there (Christine Nurminen) is quite simply a visionary.

After a BA and then an MA in languages and literature, I recently completed the work for my PhD in public health research. A big part of my PhD thesis was prompted by my younger interviewees who fear that, within one or two generations, their ancestral languages will be lost. Languages like vagahau Niue, gagana Tokelau, and te reo no Kūki ‘Āirani (Cook Islands Māori). Most of their people live here now, and the end of their mother tongue is something they are dreading.

As someone who can speak my language as well as others — like te reo Māori (in all the dialects), Tongan, and Kūki ‘Āirani — I know that not being afraid of making mistakes when speaking has always been key. I remember as a 12-year-old saying something and my elderly aunts chortling. But then, when they finished chuckling, they touched my hand and explained that they were laughing because I had accidentally said a swear word.

I’ve been asked if I have a natural ear for languages. Totally! I’ve always been nosy and never wanted to miss out on knowing things if I could help it. Since childhood, I’ve been partially deaf in my right ear, so I have to focus intensely on what people are saying.

I have one child, my daughter Jessica Ieka (Sesika Jr). She was named by her aunties ‘Asena and Sesilani for her grandmother, as the eldest mokopuna on her father’s side. Her dad is from Tonga. When we married and had Sika, we lived with our Tongan familī. My father-in-law was the superintendent minister of the United Church of Tonga, and we lived in the church house in Grey Lynn.

So Tongan was the daily language spoken (and English, too, but mostly Tongan) in family, religious and cultural interactions. I learned to speak Tongan because I was a member of that church (and still am) and it’s my daughter’s first language.

I tried to bring up Sika speaking Tongan, Sāmoan, and Māori with equal fluency, but from the time she was a young child, she asserted her Tonganness. I would speak to her in Samoan but she would always reply in Tongan. And, as strong as I was in my own Samoan identity, I always loved her expression of unapologetic faka-Tonga staunchness, even as a baby.

Being fluent in Sāmoan and Māori made it easier for me to pick up and understand Tongan and te reo Māori no Kūki ‘Āirani. I’m pretty proficient in Tongan and improving all the time in ‘Avaiki-Cook Islands Rarotongan with the guidance of my good friend Va’inetuta’i Richard, who’s from Aitu, Aitutaki, and Rarotonga.

This is one of the main arguments that I make in my PhD research. If you have one or two Pacific languages, it will accelerate your progress in learning more of our languages. They’re all connected and interrelated. Our ancestral languages and concepts, in their purest forms, are largely untouched by colonisation and Christianity.

I love being a Sāmoan person in Aotearoa because this has shaped me. Having the privilege of learning te reo Māori and tikanga Māori has helped me to be a stronger Sāmoan woman.

A version of this story was previously published in the Education Gazette. 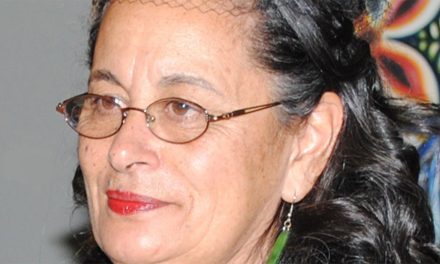 Cathy Dewes: We have a right to be Māori in our own land 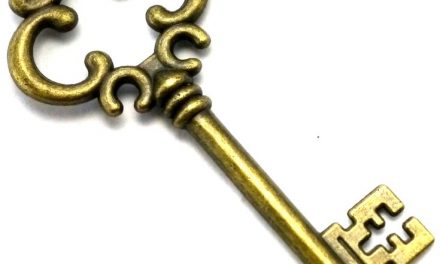 Te reo Māori: a key to our future 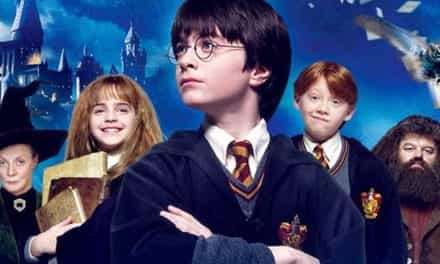 One reo to rule them all?