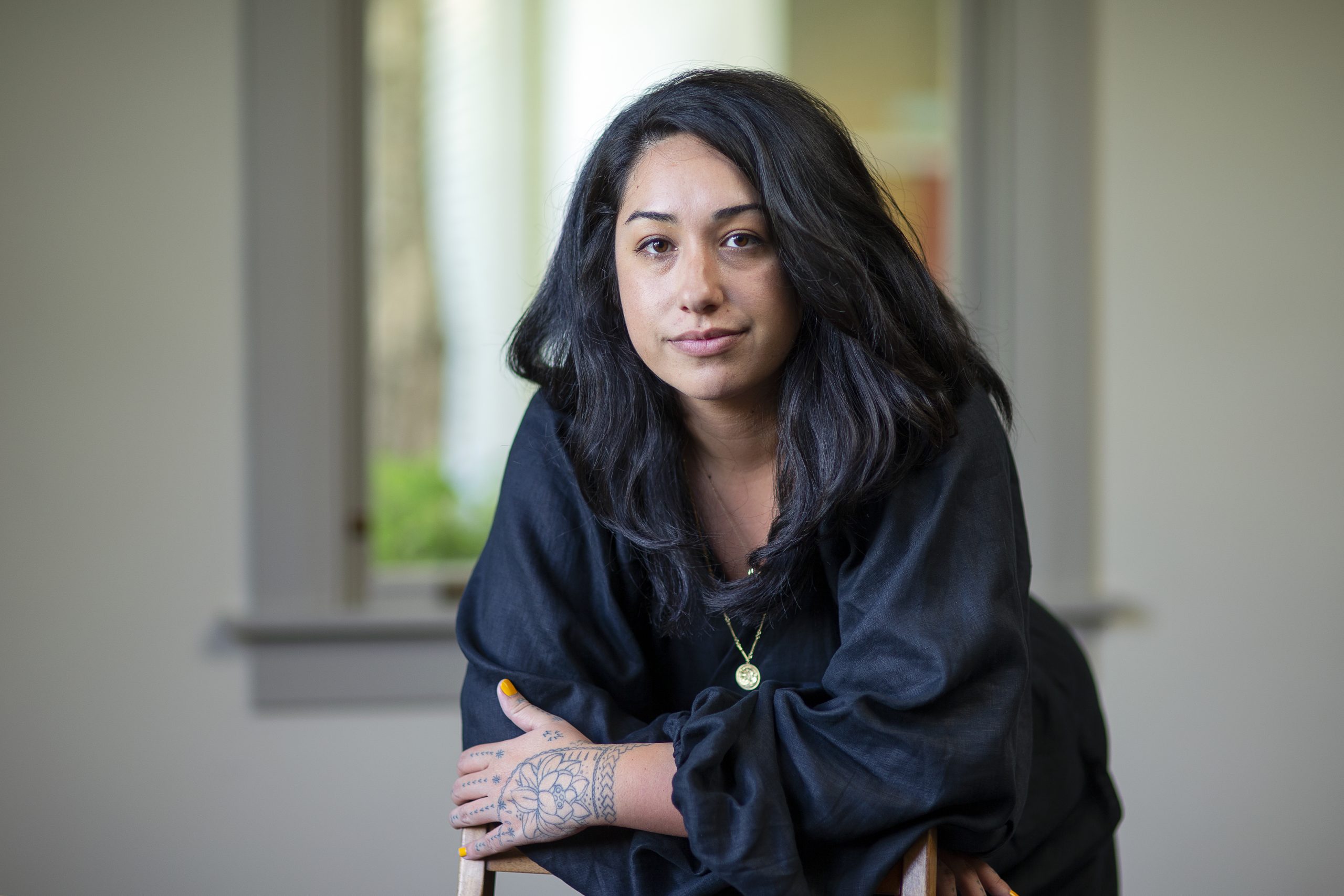 Lana Lopesi on the other-worldly Teine Sā, and why she covers her mirrors at night, in this extract from her new book Bloody Woman published by BWB. 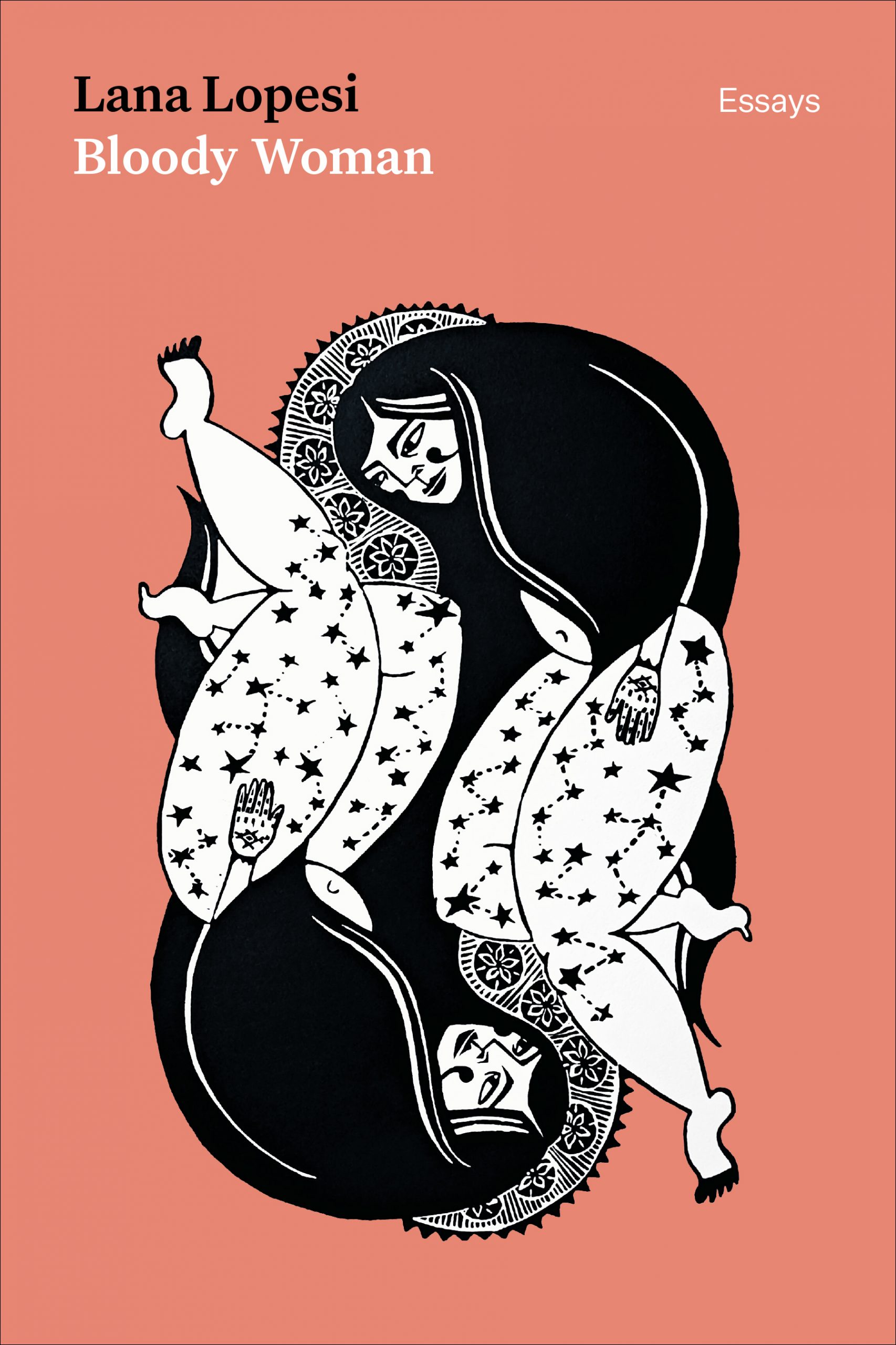 Some people will say that there are things I shouldn’t mess with. To which I would reply that they are probably right. And yet I believe it needs to be said: Teine Sā are the feminist icons of Sāmoa.

I came to this conclusion after months of references to red, blood and Teine Sā swirling around in my head, with nowhere to go and without (I thought) any purpose.

After six months of an incredibly irregular menstrual cycle, which included bleeding significant clots, I came to realise that I was being gifted little blood-stained parcels of knowledge. I was being told something, and to understand it would require the intelligence of really listening to my body.

Nestled in a booth before the start of the play Wild Dogs Under My Skirt (written by Tusiata Avia based on her poetry collection of the same name, and directed by Anapela Polataivao), I confided in a friend what had been happening.

I was trying to revise my body, specifically my bleeding, as empowered, but perhaps I was losing my mind.

“I think someone’s trying to tell me something and I’m not getting it. These bloody women!” I said, ashamed, in a muffled voice.

Her eyes widened. “In my experience, when you ignore those kinds of things, you end up getting sick.”

Bloody women have been on my mind ever since.

I’ve always been aware of the many worlds around me. But what was I being told and who were these bloody women doing the telling?

Teine Sā are aitu or spirits who roam freely between human and spiritual worlds, one of the groups of spirits from pre-Christian Sāmoa who shared the archipelago with humans, flora and fauna.

Apulu Uta‘ile‘uō Tu‘u‘u Mary Kalala Autagavaia tells us that they are women who gave up their human lives to be of service in the spiritual world.

When the word is broken down — “teine” means girls and “sā” means sacred or set apart — we see how they are a group of women who have set themselves apart from society to do a particular kind of work.

In the realm of fa‘a-Sāmoa, that work is to maintain the ancient knowledge, to caution us. Largely that maintenance and those cautions come through controlling our behaviour.

In 2018, while installing an exhibition in Brisbane, I stayed at an Airbnb that happened to have floor-to-ceiling mirrors, eight of them, over two adjoining walls. The mirrors were on sliding door panels designed in a way that there were always at least four panels on display no matter how you rearranged them. They fit the aesthetic of the house perfectly. I get that they make the rooms look bigger. But there was no way to cover them!

To allay my anxiety for those two weeks in Brisbane, I slept each night with alcohol in my system, kept my door ajar and let the sweet sounds of Netflix soothe me to sleep. Not being able to cover my mirrors or turn them to the wall brought out all of my Teine Sā fears.

In one bedroom I had during my teenage years, I used to sleep with my radio tuned to 88.6 Mai FM, their night show The Crush filtering through my dreams. I did this because I knew I wasn’t alone in the room. I shared it with a girl, whom I would talk to. Some nights before bed, I would greet her and reassure her that I wasn’t a threat. I wouldn’t bother her. Please could I have a good sleep tonight?

Of course, being attuned to the other-worldly is often cause for ridicule in the thinking which dominates our society, so I kept all this to myself.

The mirror-covering wasn’t a strong whole-household vibe, but in true diaspora-kid fashion, I was super-influenced by the stories my nana told me as she moved to and fro between Satapuala and Henderson.

She painted a picture in my mind in which Teine Sā were just as much a part of this world as you and I. They were to be respected.

My nana would always come back to Henderson when she was trying to avoid an aitu. One time the bus that our papa drove (it was named Ellyana after my sister and me) was parked up after its run to the city and back, and she was lying in its shade. An aitu released the handbrake and the bus rolled on to my nana. She was injured but fine. Another time she came back from Sāmoa with bruises on her neck — aitu strangle marks, I was told.

By my nana’s logic, you were able to run from the aitu; perhaps they’d take longer to find you when you’re not on your home island. Yet even in Auckland — or other places across the globe where mirrors get covered — people believe that the aitu can injure them, albeit slightly differently to how they could in a village.

Teine Sā were known for their sexuality and jealousy — they seduced young men and became envious of beautiful girls with long flowing hair. If you walked around with red hibiscus behind your ear, maybe red lipstick, even red painted nails, you might attract their jealous wrath.

To evade this, you would avoid walking around with your hair down after dark, brushing your long flowing locks or looking in the mirror. Otherwise a Teine Sā might possess you in their jealousy, seduce a man in their lust, or curse you to sickness or death.

The threat of being possessed was used to deter young people from immoral behaviour, but ironically a possession was in itself a kind of excuse for that behaviour, because “the possessed girl cannot be said to be tautalaitiiti, for it is not she who acts, but an aitu. The status of the aitu is so exalted that there is no one of higher status, in relation to whom it could be considered impudent.” In that regard, their power was clear.

I don’t know if Teine Sā are living among us here in Tāmaki Makaurau or can follow me to places like Brisbane, but having these thoughts lets me know that they wield power over me, even if it is only imagined. In having that power over people, Teine Sā have a kind of undeniable mana.

I think about a wild dog under my skirt as a metaphor for the ways in which we hold our own power. As a young person, I wasn’t aware of “what was under my skirt” in that way — not that I didn’t know about my experience of gender, but I had never considered it with any seriousness and I certainly wasn’t empowered by it.

I have always felt preoccupied with the struggles of being an Islander: it’s how I’m categorised at the doctor’s office, in the university admissions office and on government forms.

But I had forgotten that on those forms and in those offices I also checked the box of being a woman. That I identify as a woman and present female, and that the violence of colonialism cannot be disentangled from the violence of patriarchy because they are the same violence, imprisoning bodies in a myriad of ways.

Considering blood clots, hymens, wombs and bleeding as empowering for those who possess wombs and hymens, who bleed and pass blood clots, is a stark contrast to a Christian heteropatriarchal point of view.

Despite the major suppression of the occult aspects of fa‘a-Sāmoa, Teine Sā have persevered within a society which has ridiculed them. They have a doubled, ultimate power (though I find it kinda hard to articulate). If feminism is about the reclamation and redefining of power, then we can perform that same redefinition of Teine Sā.

An empowered interpretation of Teine Sā reminds us that “every village across the archipelago has its own Teine Sā or women who are guarding and protecting the area”. This interpretation shifts the dominant understanding of Teine Sā from attacking demon to defending protector — a protector of “not only Samoan land, but also indigenous traditions and beliefs”.

Teine Sā are meant to awaken the memories of a time “when people actually listened to the great world of nature and took proper care of the place they called ‘home’. The spirits demand respect: for themselves, but most of all for Samoa.”

They are protectors of the power of Sāmoan women, as well as Sāmoa itself.

On Monday, my daughter came home from school asking what village I was from and if we have any Teine Sā. While my partner told us we shouldn’t be talking about that stuff, I relished the opportunity to tell her about our feminist icons.

This extract from Bloody Woman, written by Lana Lopesi and published by Bridget Williams Books, is published here with permission.

Dr Lana Lopesi is an author, art critic, and the editor-in-chief of the Pacific Arts Legacy Project. She is also interim director of Pantograph Punch, and a lecturer in the School of Art and Design at AUT. In 2018, Lana published her debut book, False Divides (BWB Texts), and in 2019 she co-edited the book Transits and Returns (Vancouver Art Gallery, Institute of Modern Art). 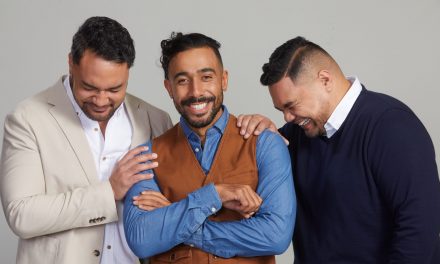 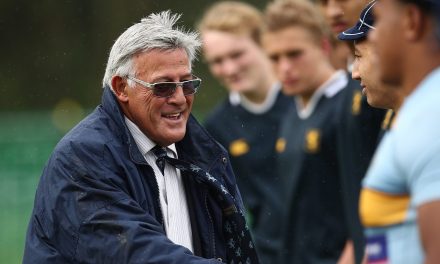 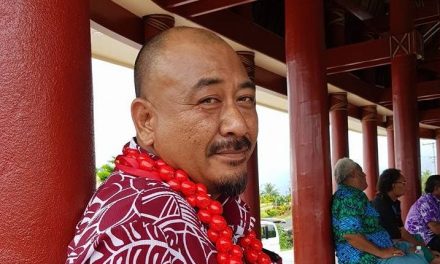 Our success belongs to a whole island of people 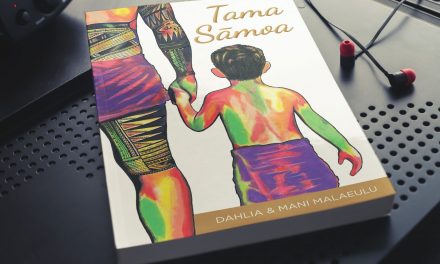 Saving our boys from their shadows